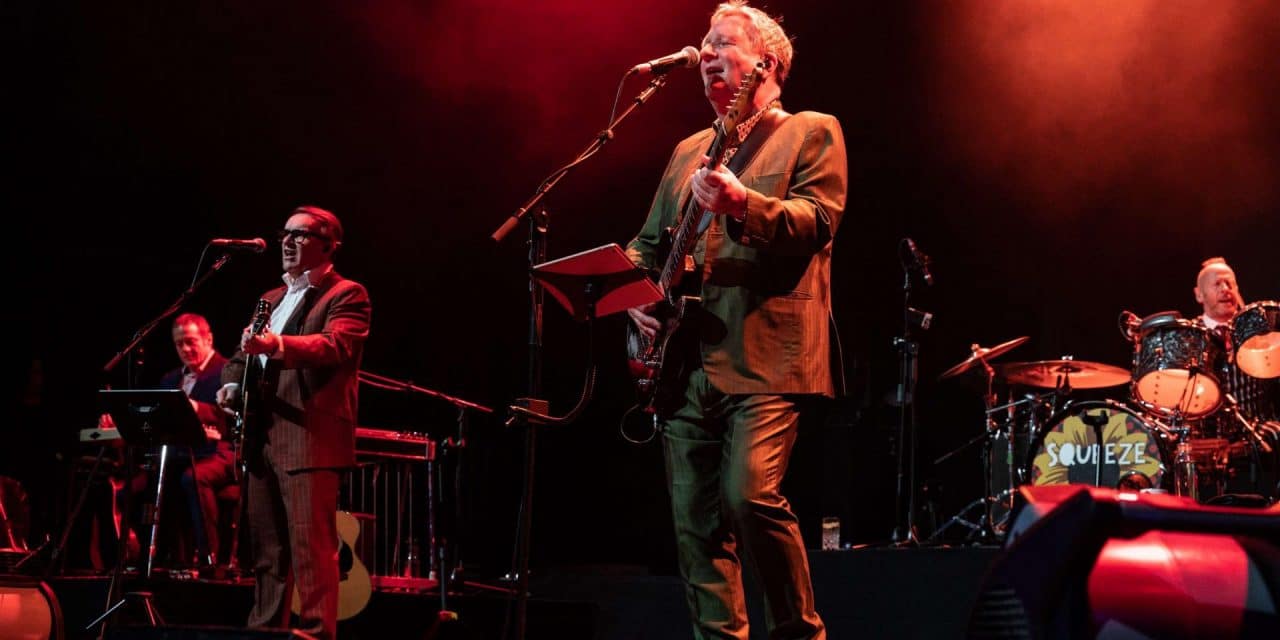 Chris Difford and Glenn Tilbrook of Squeeze perform during a November 2019 show at the Indigo at the O2 in London. (Lorne Thomson/Redferns)

British band Squeeze is scheduled to play the first live music concert with a live audience at London’s O2 Arena on May 22, the first there since the coronavirus shutdown.

The 20,000-capacity arena hasn’t been able to host concerts with people present since March 2020 because of the U.K. governments restrictions imposed in reaction to COVID-19.

Originally scheduled for December 2020, the Squeeze concert was first postponed to Feb. 27 but has now been further pushed to May 22.

What hasn’t changed is the requirement for the audience to maintain a distance on the night, when the O2’s 20,000-capacity will be reduced to 4,700.

“Extensive planning and a number of new safety measures had been put in place to welcome fans back to the arena safely,” the release announcing the show said.

Glenn Tilbrook of Squeeze said in the release: “I am so thrilled to be playing The O2 with Squeeze and to be able to chalk up another first for us on this hallowed ground, previously the site of a gasworks, whose social club featured a double bill of Chris Difford and myself with Bucks Fizz’s Cheryl Baker.

“That was a long time ago. We are putting a lot of time and energy into this show to make it one not to forget.”