The Boss Nudges Leeds into an Early Opening 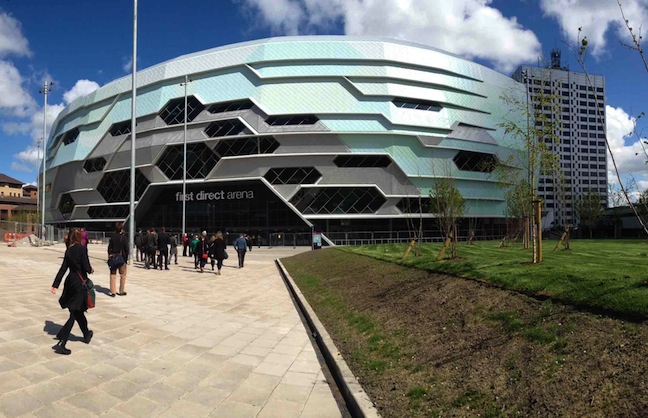 The construction crews behind England’s newest arena thought they had until early September to put the finishing touches on the $93 million First Direct Arena, built for the city of Leeds outside of Manchester. Its unique shell-shape and ultraintimate 13,500-seating bowl had the teams at Populous and SMG Europe racing to get the building opened by early fall in time for a Sept. 4 concert by Elton John.

That is until a funny thing happe...