Titans Deal with Levy and Legends 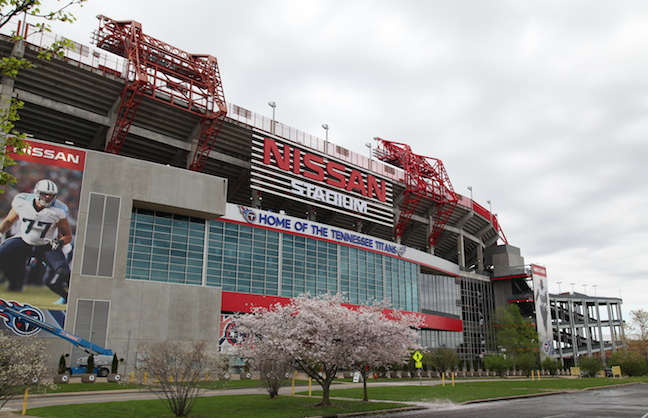 Nashville, Tenn.’s Nissan Stadium has tapped Legends Hospitality, which has offices in New York City and Los Angeles, and Chicago-based Levy Restaurants for its food and beverage program, after letting their concessionaire Aramark go in a dispute that is headed to the courts.

“[This is] a unique partnership with two of the most innovative partners in the industry to advance the food and beverage experience at Nissan Stadium,” said Stuart Spears, the Titans’ senior vice president and chief revenue officer. “We had discussions with numerous players in the industry and felt that the combination of these two provided us the greatest opportunity to raise our service profile, delivering a better experience to our patrons.”

The contract terms, menus and equipment layouts are still being finalized.

“Legends will operate all of the facilities in the public domain, everything that is open to the general public or ticketed general seating, while Levy will be in charge of premium club level concessions and the suites,” said Dan Smith, Legends’ president.

“Our relationship begins immediately,” said Spears. “We have several stadium-wide events this summer and will roll right into football season in August.”

The National Football League’s Tennessee Titans franchise terminated Philadelphia-based Aramark’s contract on April 13, seven years before it was set to expire in 2024, according to The Tennessean. The change was a culmination of the team's dissatisfaction with Nissan Stadium's quality of food, long lines at concession stands and Aramark's inability to address issues identified by the club.

According to The Tennessean, in court, Aramark rejected the organization's claims and argued the team did not have the right to end the contract prematurely. A Nashville judge denied the company's request for a temporary injunction that would have allowed it to continue working at the stadium. Both sides have agreed to arbitration proceedings. According to the Titans, Aramark jeopardized the Titans' beer permit with Metro at the end of 2014 and beginning of 2015 for selling alcohol to minors. The company was put on notice after a July 3, 2015, soccer match at the stadium between the U.S. national team and Guatemala when about a third of Aramark's 300 employees did not show up. This not only resulted in long lines at the stands, but attracted attention on a national level.

Offerings are expected to be revamped to reflect local tastes. “We have very talented executives and operators in our systems already on the ground operating in Nashville, and we’re getting ready for the first couple events,” said Smith. “People will see us do things that are more interactive with the fan base and get them involved with food selection, menu design and give them choices they’ll feel good about.”

“We are working daily with our new partners to create a food/beverage program that can maximize the service abilities that exist or can be developed in Nissan Stadium,” said Spears. “Locally-branded concepts are an important part of both providers’ vision, and we are excited to pursue such opportunities with them.”