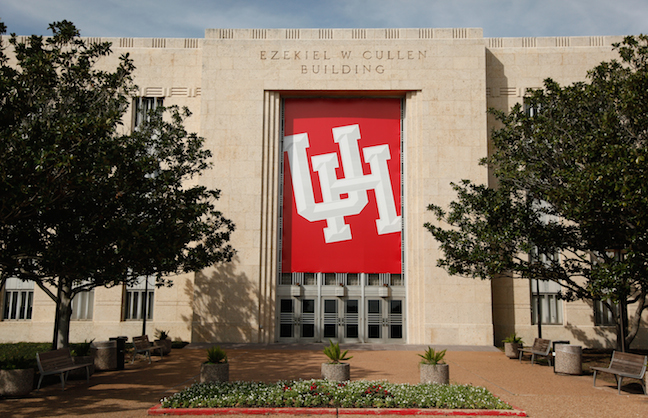 University of Houston (Texas) is taking management of its two-year-old TDECU Stadium and Cullen Performance Hall in-house after a two-year experiment with a combination of Aramark and VenuWorks in a management role. The reasoning is that college athletics and programming is paramount and concerts are no longer a desired part of the mix.

The University of Houston worked with Carl Hirsh and Rich Oriolo, Stafford Sports, as consultants in this decision and will continue to work with them going forward.

VenuWorks will exit its management role by the end of July and the university will void the management side of the contract it has with Aramark. The change will affect all of the university’s athletic and live event facilities.

Aramark owned the management contract, along with the food, beverage, retail merchandise and facility maintenance services contract since August 2014. They brought in VenuWorks before closing the deal to be the managing partner of the venues. Prior to winning the management contract Aramark had been providing campus dining programs for the university since 2005.

A candid President of VenuWorks Steve Peters said, “The juice was not worth the squeeze; the effort not worth the pain.” Peters was referring to the nonsports events at the university venues. “They wanted to change direction. They’ve already closed two buildings and are doing a major renovation on the basketball arena. The economics of doing commercial events in athletic arenas is no good [there].”

Peters said that the deal between the university, VenuWorks and Aramark was a great experiment cut short because of the disruption to their sports program that putting on concerts delivers.

“It’s hard not to disturb the athletics program with the concerts and the university decided they don’t want to do it anymore,” said Peters. “Some of the concerts only made $100,000 and it was just not worth it to them. They are not interested in concerts anymore.”

VenuWorks will cease all management operations for the university by the end of July. Aramark will continue to hold the contract for food & beverage and maintenance. The contract between the university and Aramark is currently being revised.

Shawn Lindsey, university director of media relations, said, “The University of Houston (UH) received approval in May from the UH System Board of Regents to amend its contract with Aramark in regard to the venue management services provided by VenuWorks, a subcontractor to Aramark, for UH Athletics facilities and Cullen Performance Hall. The University appreciates its relationship with Aramark and VenuWorks and the services that have been provided. We look forward to working with Aramark on an amended agreement that best meets the needs of the university.”

The university, in consultation with Stafford Sports, has decided to forgo a management firm and will manage all of their venues in-house.

David Freireich, Aramark corporate communications, said in an email, “I want to emphasize that Aramark will be continuing our partnership with the University of Houston. VenuWorks is a leader in the event management business and we enjoyed working with the university and VenuWorks on this unique venture. We look forward to continuing our relationship with the University of Houston and providing core services that enhance the overall experience of fans attending events at the university’s athletics venues. We'll continue to concentrate on providing a high level of service in the areas of food and beverage, custodial and groundkeeping. Our client remains the university.”