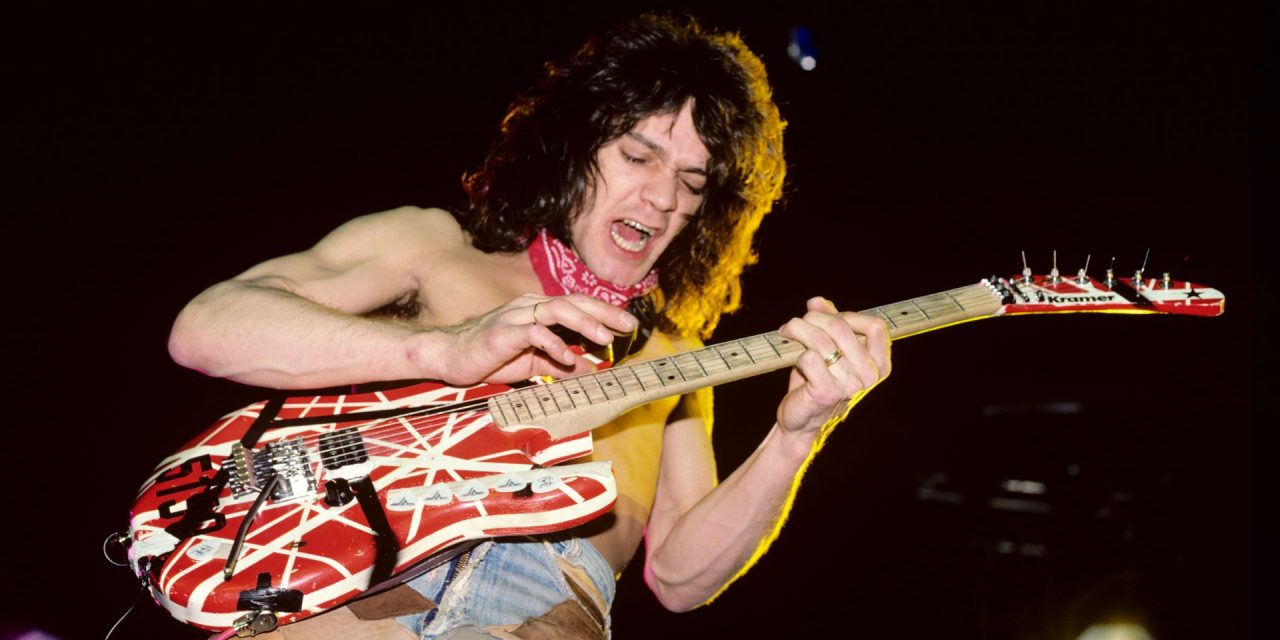 They recall a friend, a remarkable musician and, with his band, a powerful draw

The death of Eddie Van Halen on Tuesday effectively closes the book on one of the most powerful and profitable live acts of the past 45 years.

VenuesNow spoke about Van Halen’s effect on the live business with a dozen industry professionals, many of whom grew up as fans of the group before becoming stadium and arena managers. It created among them a strong affection for Eddie Van Halen, who with his band returned the favor by producing sellouts plus record beer and merchandise per caps, and they were saddened by the death of the groundbreaking artist.

“For those of us in high school in the late 1970s, they were kind of our generational band that played all the way through our careers,” said Peter Luukko, executive chairman of the NHL’s Florida Panthers and a veteran facility operator. “They were a staple of our industry. You could always count on Van Halen playing your arena.”

They headlined stadiums as well. In 1988, Van Halen co-headlined “Monsters of Rock” stadium shows in Los Angeles, Pittsburgh and Philadelphia during Luukko’s tenure as an operator with facility manager SMG.

At Providence (R.I.) Civic Center, another SMG account, Van Halen recorded portions of the video for “Panama,” one of the hits off their album “1984.” Luukko recalls the video was shot early the next day after their concert in Providence.

“The band was up very late the night before and we were amazed those guys were up there on stage,” Luukko said.

As a teenager, Dave Brown saw Van Halen at the 1978 Texxas Music Festival at Cotton Bowl Stadium in Dallas. Years later, he would book the band multiple times while running Reunion Arena, followed by American Airlines Center, where he is now chief operating officer and general manager.

In 1978, Van Halen was just starting to make a name for itself, having released its first album earlier that year. “I distinctly remember they were over the top compared with a lot of other bands that were there,” he said.

Van Halen was among those iconic arena rock bands that could be counted on to sell out tickets and merchandise, Brown said. At the same time, he would prepare for a long night of fans drinking beer and sometimes getting rowdy. Those events weren’t the easiest for operators, he said.

“Sometimes, it could be a little unpredictable,” Brown said. “The band could go a little off script. You had to be on your game as an operator and keep everything under control, because alcohol sales were outrageous. But they were part of those ’80s rock bands that you wish they could come to town every year because it was a layup in terms of the things we measure ourselves by. Dallas, in particular, they sucked that stuff up.”

Those concert trends stayed true to form. Decades later, Van Halen opened their 2004 tour at Greensboro (N.C.) Coliseum with front man Sammy Hagar before playing their final show at the venue in 2012 with original lead singer David Lee Roth back on the mic.

“It was the historical rock ’n’ roll demographic that we saw so heavily in the 1970s and ’80s,” said Scott Johnson, the coliseum’s deputy director. “Those are the people further along in their careers that can spend money on expensive tickets and still buy a lot of beer and have a good time.”

“It was volcanic,” Logan said. “In the early days of rock and roll, Led Zeppelin was famous for it … that propulsion of energy. The best of all was Van Halen, and Eddie Van Halen was in the middle of it. Every time they did a show for us, it was like an explosion coming off the stage.”

Back in the day, Eddie Van Halen was a bit of a practical joker and Logan played that tendency to the hilt.

Noel Monk, Van Halen’s manager from 1979 to 1985, was a smart businessman. At the same time, Monk could be skittish and paranoid about ticket scalpers and T-shirt bootleggers, which was understandable, Logan said.

Before one show in Rockford, as a joke, arena staff built a sandbag bunker on the roof of the building, complete with a telescope and military canteens, as a ruse to supposedly catch illegal activities. The bunker was set up to provide a 360-degree view outside the venue.

“When Noel came into the building, I took him up there. He thought I was serious and didn’t know I was pulling his leg,” Logan said. “He was happy with it. A few minutes later, I took Eddie and (brother) Alex up there and they laughed their asses off when they saw I built it for Noel.”

“The most unenviable position in rock music in the ’80s had to be being an opening act for Van Halen,” he said. “I don’t know if I ever saw an opener get all the way through (their set). It was clear who the fans were there to see. Eddie was a legend who redefined rock guitar.”

Those two shows in Phoenix in 1984 were sandwiched between NBA playoff games between the Phoenix Suns and the Los Angeles Lakers, which added to the hype and excitement of the time. The band’s rigging system was stored in the rafters that week between shows. Eddie Van Halen and actress Valerie Bertinelli, who was then his wife, attended one playoff game, a great memory, Marchetta said.

Considering Van Halen’s roots were in Pasadena, Calif., the band’s performances at Staples Center took on a life of their own, drawing a flock of celebrities to those shows, said Lee Zeidman, the arena’s president.

“The reception from the hometown crowd stands out the most,” Zeidman said. “Eddie was loved and revered because this is where he grew up. It’s where they played a lot of those small clubs for such a long period of time. They were in their element at Staples Center.”

Ed Rubinstein, now retired, was in his element during the “Van Hagar” period after Sammy Hagar took over as lead singer for 10 years starting in 1986. Rubinstein ran the old Spectrum in Philadelphia and managed to get a sneak preview of Van Halen during soundcheck before one of their shows.

“I happened to go out in the arena around 4 in the afternoon to see how the building looked and they had all the curtains drawn in our vomitories,” he said. “I peeked in and they were rehearsing ‘Why Can’t This Be Love.’ They did it over and over again and it’s such a great song. For me, it was like a concert for one through that soundcheck.”

Scott Mullen was 15 when he first saw Van Halen in 1979 at the Five Flags Center in Dubuque, Iowa. It came at the tail end of the disco era. Mullen, now executive director of Taxslayer Center in Moline, Ill., remembers the band led a lengthy “disco sucks” chant.

Mullen never got the chance to host Van Halen in Moline, but he did book the band at Nassau Coliseum and Hersheypark (Pa.) Stadium during his two previous stops as a facility manager.

“Eddie was the best rock guitarist of all time, bar none,” Mullen said. “He gave off such a positive vibe, always smiling. After seeing that first concert, I went out and bought a guitar and learned how to play. He inspired me. I’m not any good, but I was in a band for a while.”

Their concerts were, plain and simple, a rock show of the highest order.

“You knew the consistency,” said Trey Feazell, executive vice president of arena programming for Atlanta’s State Farm Arena. “It was going to start with a bang and end with a bang. The musicianship was unbelievable.”

READ ON in POLLSTAR