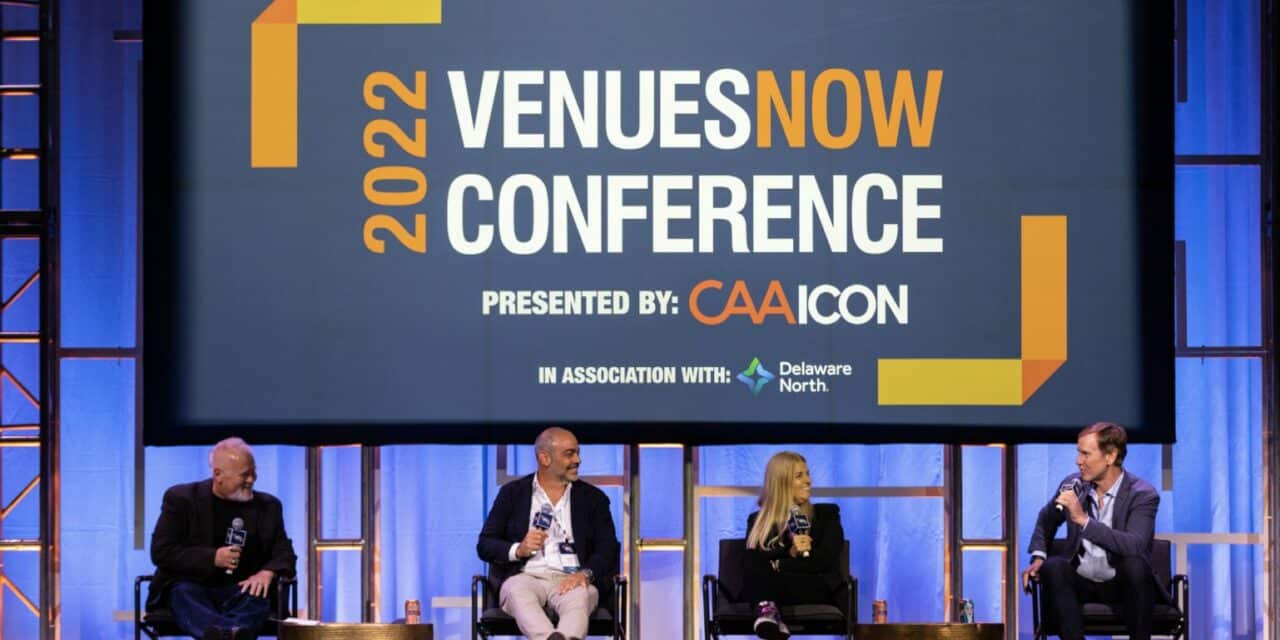 On the eve of Austin City Limits Music Festival, C3 Presents top brass Charles Attal, Charlie Walker and Amy Corbin were upbeat and quick to set straight any notion that 2022 has been soft for ticket sales.

“From the concerts side of things, this has been an incredible year, content wise, volume wise, ” Corbin said during the VenuesNow Conference Keynote discussion, moderated by Oak View Group Media & Conferences President Ray Waddell. 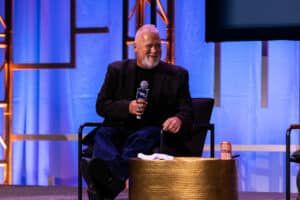 C3 Presents, which in 2014 joined Live Nation, books, operates, owns or promotes venues ranging from the club to stadium level in Austin and produces major festivals including Lollapalooza events spanning the globe from its flagship Chicago to Europe, South America and, in January, even India.

Corbin noted what felt like a crammed second and third quarter of 2022, which crews and staff were feeling the brunt of. Still, “On the concert touring side, it was probably the best year ever,” she said.

Walker pointed to Live Nation’s strong earnings as a barometer for the larger business, and more specifically, “We haven’t seen growth like we’re seeing at C3 maybe ever,” he said.

Corbin noted bright spots in the overall live business including stadium activity, which she suggested will continue to be a trend in the near future with creative tour packages, as well as arena activity at the recently opened Moody Center in Austin, of which C3 and parent company Live Nation are a partner. The arena’s kickoff in April “came out like a rocket,” said Corbin, who is also president of Live Nation’s U.S. Concerts south region. The momentum at Moody Center continues with regular concert tour stops as well as special events such as multiple nights of “Harry’s House” concerts with superstar Harry Styles.

There appears to be no reason to expect a slowdown, either.

“Looking at the list of bands that are working next year. I was like, “Wait a minute, this is actually more than this year and I thought this year you couldn’t put more bands on the road,’” Attal said. “So it looks like another banner year in ‘23 for the whole industry.”

Despite any talk of an oversaturated market, Walker said ticket sales and show counts continue to rise, indicating that fans are not being forced to choose one show at the expense of others.

On the festival side, Walker said unprecedented strength in premium and VIP ticketing options as well as sponsorship helped combat rising costs and inflation.

“We’ve done that by creating new premium products, new VIP, new cabanas, different things at each festival,” Walker said. “People want a frictionless experience at that level. So we keep trying to build that. We have the ‘Y’all Access’ here at ACL where you basically get to be Charles for the weekend, so that’s pretty expensive,” Walker added, jokingly. “So we keep building on that and developing new sponsorships.” 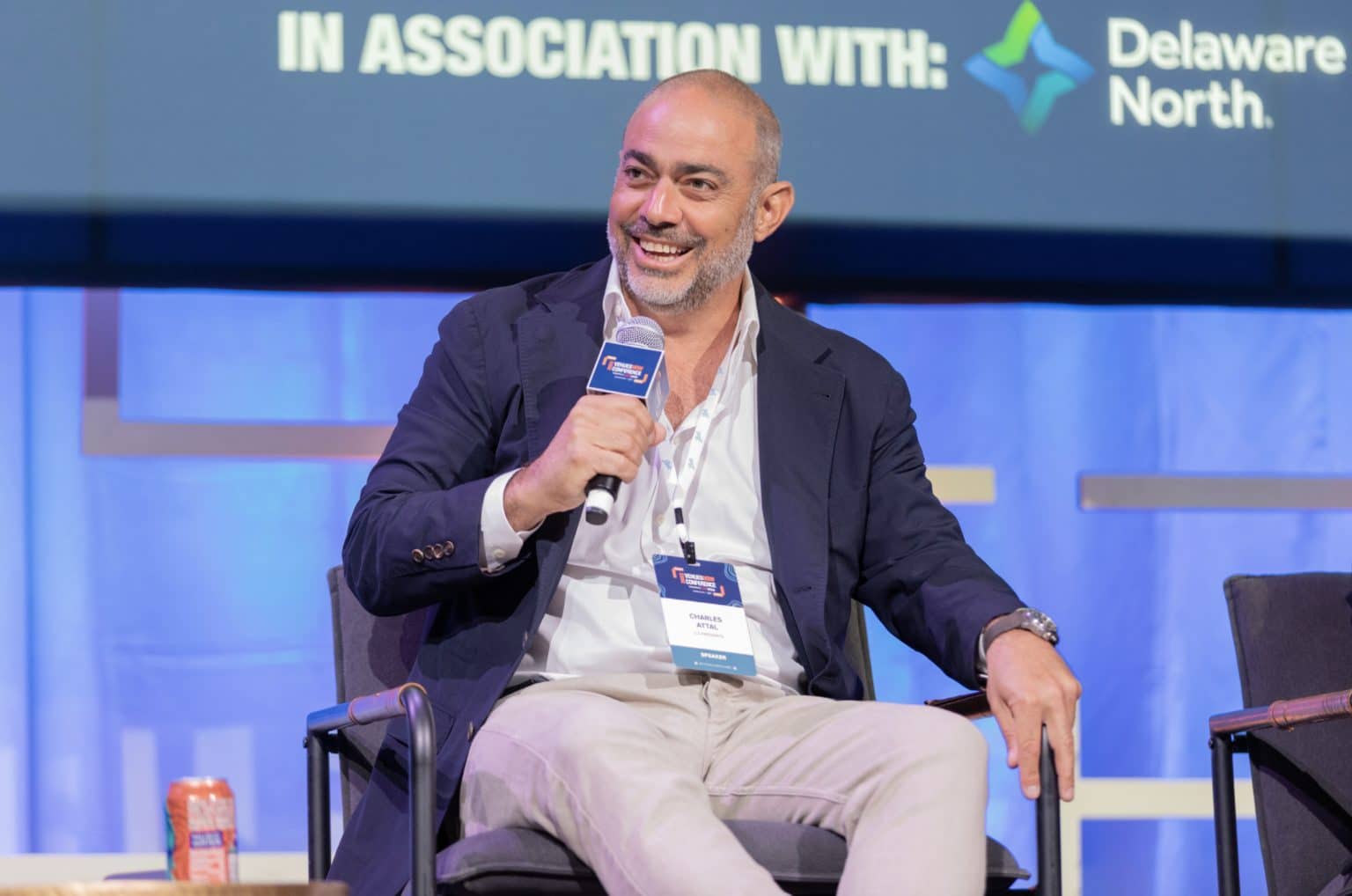 Attal and Walker mentioned the growing opportunity for VIP and premium spaces at festivals. Asked how venues can benefit from these ideas, Walker replied jokingly, “We stole it from them. We didn’t have cabanas but they have suites. ACL for the first time this year has cabanas we sold and we’ll continue to put them in all other shows that don’t have them. It’s a very in-demand product.”

Attal said with a sprawling urban setting like Austin’s Zilker Park, the team is continually looking for ways to maximize space.

“We’re looking at all dead space, saying where’s our sight lines that we can build up. We used to not think that way,” he said.

The C3 execs said more new events are in the works, with the recently concluded first-edition of Format Festival in Bentonville, Arkansas, a more boutique event tied to fine art. More international expansion is planned as well, they said.

In establishing new events and a new festival culture, Attal said it’s mostly about pulling off the event successfully in the first year, letting the word of mouth and social media build hype for next year.

“Year one, you kind of just have to throw the festival,” Attal said, adding that it’s difficult to explain the full concept to fans before it takes place. Asked he how he felt about year one of Format Festival, Attal replied, “Very happy.”