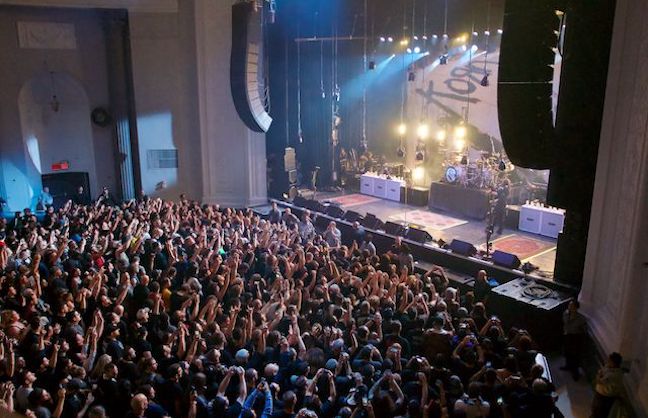 The Wellmont Theater has seen a rise in bookings in the last year, its general manager says.(George Wirt)

The Wellmont Theater in Montclair, N.J., marked its 10th year as a concert venue with an open house Oct. 27. Dubbed OkTENberfest, the event featured food vendors, spirits tastings, more than 40 beers and brews, the debut of new Wellmont merchandise and guided tours of the historic venue.

To commemorate the milestone, the 93-year-old theater, which seats 2,137, announced it would r...