‘We’re in a Stressed-Out Place’ 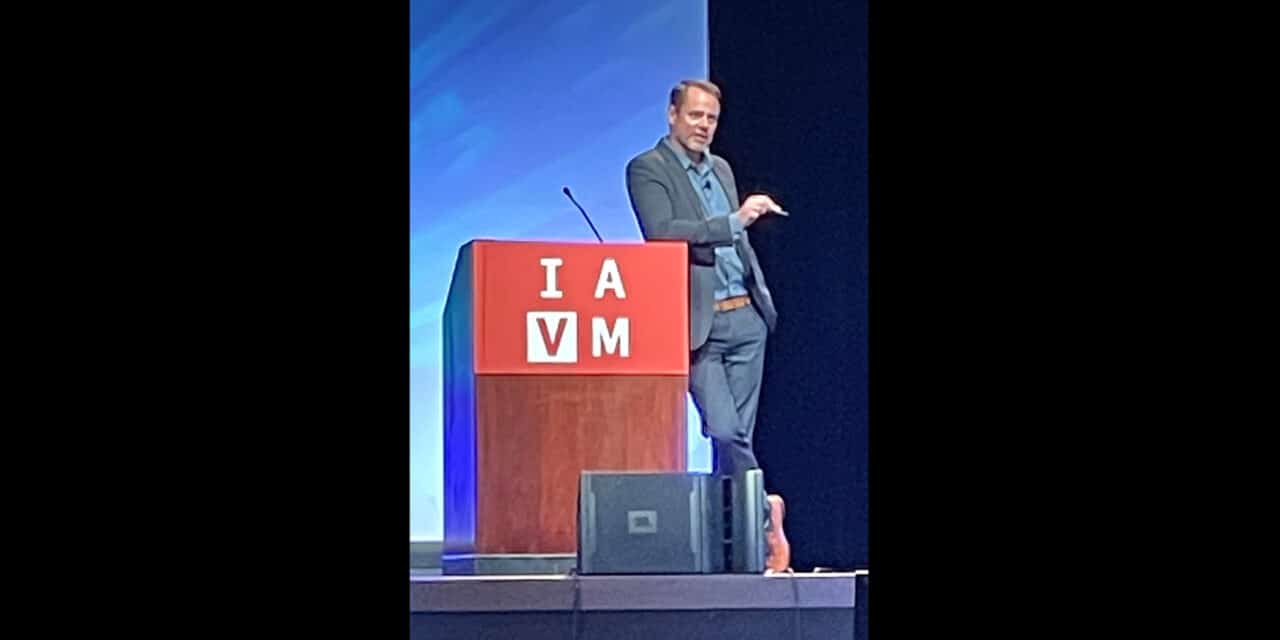 What do high-level athletes and venue managers have in common? They live with stress and many need help dealing with it, says sports psychologist Justin Anderson.

Anderson, who founded Premier Sports Psychology in the Minneapolis area, provided advice to attendees during the International Association of Venue Managers’ VenueConnect 2021 conference Tuesday in Atlanta. The conference continues through Thursday.

“The No. 1 thing that I’m helping a lot of our athletes (with), a lot of our teams’ athletes — university level, college level, professional level — is because we’re in a stressed-out place,” Anderson said. “Given what we’ve been through this last year … how does anybody feel not depleted?”

Anderson invited his audience to participate in an exercise of measured breathing combined with visualization that left the whoosh of the air conditioning in the Georgia World Congress Center ballroom the only audible sound and got the room “in a different psychological place” and ready to focus, he said.

He discussed the importance of a resilient mindset in coping with stress and identified five components — focus, thoughts, emotions, body sensations and behaviors — that dictate mindset and, in the end, an individual’s performance.

Among those, he pointed to behaviors and focus as the two that people have the most control over and have the best opportunity to change.

Sometimes committing to a behavior, even if we don’t want to do it, can make things better, Anderson said. He offered the example of Seattle Seahawks quarterback Russell Wilson, who entered the huddle late in the 2014 NFC Championship Game projecting a confident attitude, even though Wilson felt anything but confident in a game where he threw four interceptions. The Seahawks, down 19-7 in the fourth quarter, rallied to beat the Green Bay Packers and advance to the Super Bowl.

Another key to taking the stress out of a situation, Anderson said, is to identify problems that can occur during a process, especially those that are almost certain to come up, and have a plan ready for dealing with them — a practice familiar to many venue managers, but one that Anderson said could also be applied across individuals’ lives and careers.

“If you create a plan for when some of this stuff hits, I promise you, you will be better, your team will be better, because of your leadership in those situations,” he said.