Will Kanye West Bring the House Down at Soldier Field? 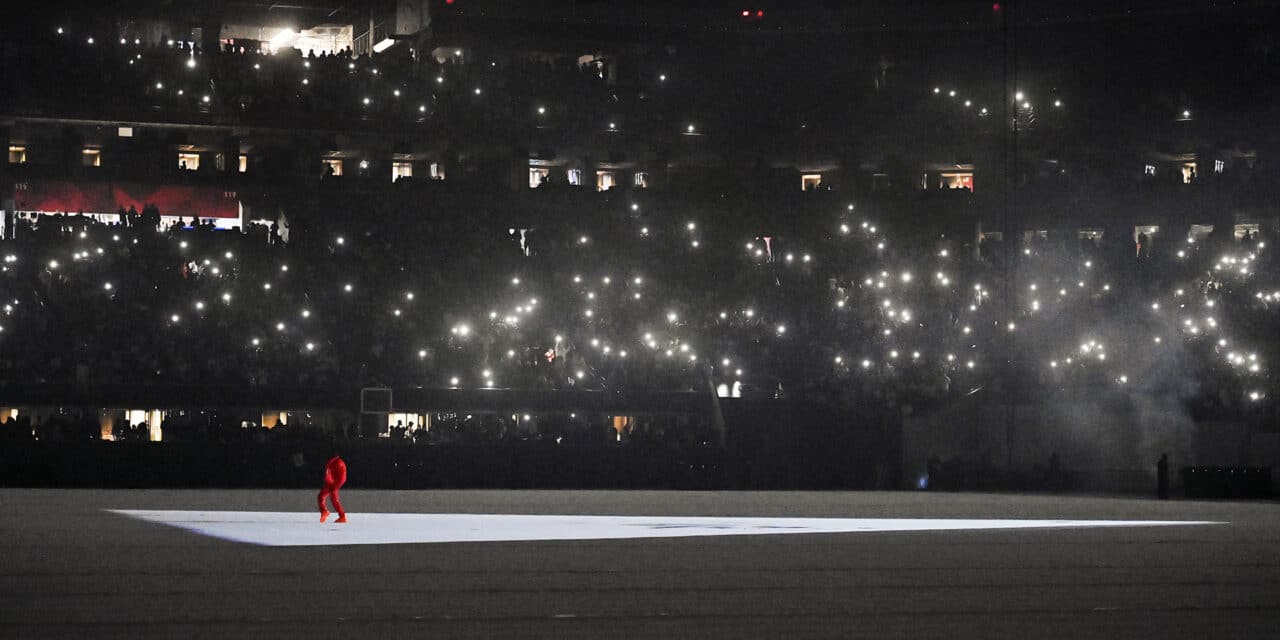 Kanye West on an empty floor at Mercedes-Benz Stadium in Atlanta during a “listening engagement” for his new album, “Donda.” (Getty Images)

As part of Thursday’s latest “listening engagement” to hype the release of his new record, “Donda,” West, a native of Chicago’s South Side, is having a replica of the house he grew up in built at midfield of the NFL stadium, said an industry source with knowledge of the production.

A photo posted on Instagram shows a housing structure under construction inside the stadium.

Last year, West bought the real home for $225,000, according to multiple reports. He named the album after his mother, who died in 2007.

Whether the replica remains intact by the end of the event remains in question. One industry source says there was an initial plan to burn it down, which requires permission from the Chicago Fire Department.

Luca Serra, ASM Global’s director of marketing and public relations for Soldier Field, speaking on behalf of Tim LeFevour, the stadium’s general manager, could not confirm that piece of information.

Serra deferred to Live Nation, the event promoter, for more details on the production.

Katie Rose, Live Nation’s marketing director in Chicago, did not return a phone call and email for comment.

Regardless, the event featuring the enigmatic rapper is not your typical concert in terms of live music.

West will most likely perform by himself without a band as recorded music from his new album is broadcast in the stadium. In that respect, it’s similar to two events he recently staged at Mercedes-Benz Stadium in Atlanta.

As it was in Atlanta, capacity will be cut down to about 40,000 for the event at Soldier Field, which seats 63,000 for football. No $94.50 standard admission tickets were available for the show Tuesday afternoon on Ticketmaster, though some “Official Platinum” seats were available starting at $140.

For those attending the show, it should be one of the most intriguing events of the year. Nobody else has done a listening engagement at this level since the stadium opened in 1924, Serra said.

“For us, it’s a major electrical feat in that the requirements for this show are almost three times any other show at Soldier Field,” he said. “The sound is supposed to be incredible.”

The show came together quickly. The event was announced Aug. 18 and tickets went on sale two days later. ASM Global had been in talks with West’s management and Live Nation for about two weeks to confirm a date, Serra said.

“When we get a show like this, we go to the Bears and make them aware of it,” he said. “They have a presale for season-ticket holders and suite holders, and are the first to be engaged for a show coming online.”

It comes at the start of a busy monthlong stretch for Soldier Field, whose grounds crew will replace the grass field with a new surface after two concerts by the band Los Bukis over Labor Day weekend. The first show is sold out and the second night is tracking three-quarters full, Serra said.

As it stands now, there’s a window of about two weeks between the time the new field is installed and the Bears’ home opener against Cincinnati on Sept. 19.

The new field will be tested early for several events. In addition to the Bears, the MLS Chicago Fire has home matches Sept. 22, 26 and 29, and Wisconsin plays Notre Dame in college football there Sept. 25.

Historically, Soldier Field has had issues with poor turf conditions but those concerns have been minimized after the stadium switched to a sod farm supplier in New Jersey about six years ago, Serra said.

“We were getting it locally in Illinois, which had a heavy clay base to it and that’s where some of those complaints were coming from,” Serra said. “We worked with the Bears to assess the soil and change vendors. There haven’t been (many) concerns about it since then.”

It’s a delicate balance between the Bears’ needs and ASM Global’s efforts to book as many events as possible at Soldier Field to generate revenue for the city and the facility manager under a business model tied to bonus payments for reaching benchmarks in total events.

The stadium’s agreement with the Bears says that ASM Global and the Chicago Park District, the facility owner, are not permitted to have an event on the field inside of five days of a Bears home game.

Efforts are taken to protect the field when there are concerts at the stadium. There will be no field seating for West, but with the house being built on the field, the grass surface will be covered with Terraplas, a thick plastic floor cover. Field seating is part of the Los Bukis performances, as shown on the Ticketmaster site.

“It’s a tough one,” Serra said. “We’ve got the Bears that love playing on grass and have a strong voice at the table for what kind of field they want to play on. They feel that they’re going to get (greater) longevity out of their players by playing on natural grass over synthetic turf. But when you put 300-pound men out there, they’re going to tear up the field pretty good, especially in a northern climate.”

In addition, ASM Global is working with the city and state to offer vaccinations on site as part of the Kanye West show. As of Aug. 24, nothing was confirmed.

It would mark the first time Soldier Field has been a vaccination center since the pandemic started, Serra said.