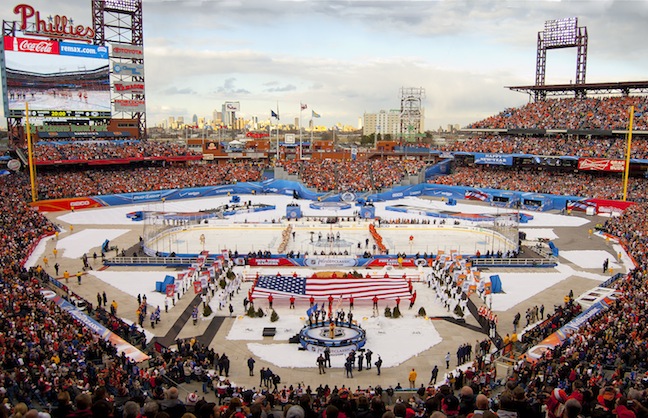 The 2012 NHL Winter Classic at Citzens Bank Park in Philadephia

The National Hockey League lockout has claimed its latest victim: The Winter Classic held every year on New Year's Day.

While fans have been patiently (some angrily) waiting for the NHL and its players to work out a new Collective Bargaining Agreement, the hope was the two sides could work out a deal and end the lockout before the league was forced to cancel its gem event.

Instead, negotiations have been stagnant an...