Women of Live Roundtable: A View of the Work Ahead 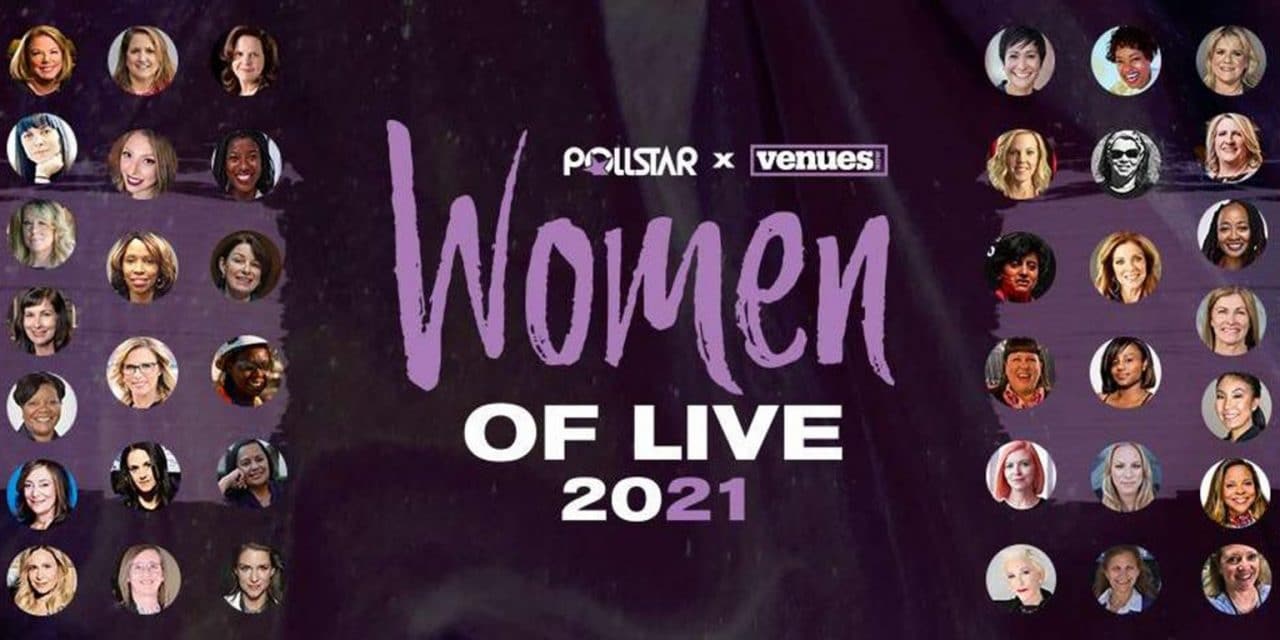 A video roundtable with 2021 Women of Live honorees Thursday covered plenty of ground but often returned to two themes: how the industry dealt with the COVID-19 shutdown and plans for a return, and the growth of efforts for more diversity and inclusion in the many sectors that make up the live business.

Offering their insights were six of the 52 women chosen for the honor by the editorial staffs of Pollstar and VenuesNow:
• Lucy Dickins, WME co-head of music .
• Deborah Klein, Primary Wave music manager and partner.
• Joyce Leveston, Spectra senior VP of convention centers.
• Jayne McGivern, MSG Entertainment president of development and construction.
• Noelle Scaggs, founder of Diversify the Stage and co-lead singer of Fitz & the Tantrums.
• Demetra Thornton, Gensler architect and senior associate.
Serving as the moderator was Ali Harnell, president and chief strategy officer of Live Nation Women and a 2021 Woman of Live herself.

With the pace of vaccinations picking up, the panel expressed optimism for the future, and Dickins noted that the pace is picking up in a hurry.

“It does feel like we all have to just remember to keep breathing, because it does feel like it went from, OK, there was all this uncertainty and we were all just trying to swim … and then it’s like, boom, all of a sudden everything is just gangbusters,” offered Harnell. “And we still have uncertainty. We still don’t know what’s happening.”

“I think we all knew that when the lights go back on, it was going to go crazy. … But I think the uncertainty is the difficult part of it,” Dickins said.

That uncertainty stretches back to the very start of the shutdown. Leveston was on the road when she was called back to Spectra headquarters in Philadelphia and didn’t feel certain initially that the arrival of coronavirus would have a great effect on her, despite some bookings starting to fall off the calendar

“We were seeing this happen, but the whole time we were like, ‘This is not going to be us,'” she said. Quickly, however, they realized it was them.

As work quickly shifted to home, Leveston said, “in some cases, we needed to purchase overnight laptops and printers, order whatever and use your company card to pay for it. Because we were like, ‘OK, we’re now going to be operating from our kitchen.'” That’s where work began on what she said was a highly collaborative approach at Spectra to create “Together Again,” a plan for the eventual return to events.

“These clients are going to be there when we come back, and we have to make sure that we are there for them,” she said.

McGivern works in construction, a part of the live industry that didn’t experience a wholesale shutdown. She is leading MSG Entertainment’s construction of its $1.66 billion Las Vegas Sphere, where the project halted for a time last spring but resumed and is scheduled for completion in 2023. MSG Entertainment announced in December that it was bumping AECOM from general contractor to a support role and moving management of the construction in-house.

Talk of the Sphere began in early 2018, when MSG Chairman and CEO James Dolan rolled out his vision of a next-gen performance space inspired by a Ray Bradbury sci-fi short story and filled with otherworldly visuals and a sound system that delivers individualized audio seat by seat. 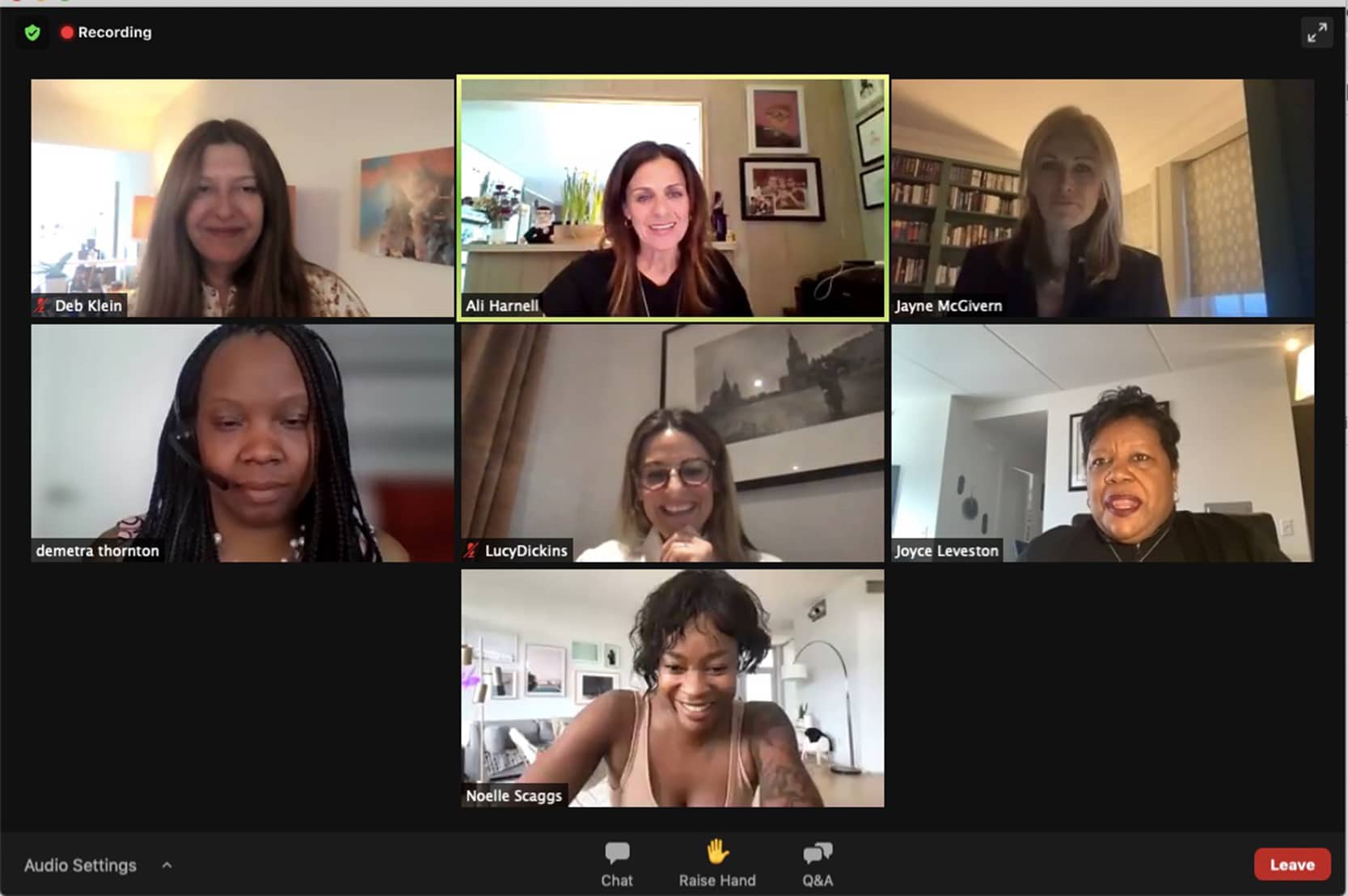 McGivern said the Sphere “experience” will “completely change everybody’s perception about what they expect when they go to a venue.”

“The technology that’s going into it is unbelievable,” she said. “It’s never been seen before. It’s never been done before. It is completely cutting edge. It’s basically taking a venue into Century 22.” A London Sphere remains in the planning stages, but the real estate has been acquired.

McGivern offered a couple of examples of how a Sphere sensory experience for an Adele concert might play out, and Dickins, who represents Adele, inquired as to the opening date of the Las Vegas version.

“I feel like Live Nation Women should present the residency of Adele at the Sphere. Let’s just bring it all full circle here,” Harnell said.

“I’m in for that,” Dickins said. “That would be awesome.”

“It felt really clear that we could do this on our own and we could do it right,” said Klein, who described the contributions of Etheridge and her wife, Linda Wallem — a TV actress, writer and producer — in helping to nail the details.

The results created fan engagement and revenue during a time that Etheridge couldn’t play live shows. Klein teased that a livestreamed show from a non-garage venue may be in the works.

Like McGivern, Thornton’s work goes on as she leads the design on Aztec Stadium for San Diego State University, scheduled to open in 2022. But the effects of COVID-19 are being felt in architecture, as well, and in some ways could be beneficial.

“There’s always a catalyst, right, to great ideas, to innovation. There’s always something that makes you think outside the box,” Thornton said. “And that’s how we’re looking at the last year and what COVID has done for us. This was a catalyst we needed to reinvent the venue, the live venue experience.”

One of those ways may be thanks to the concept of smaller crowds created by social distancing and the idea of a more intimate setting for attendees. “There’s nothing wrong with an intimate experience at a game or at a concert,” Thornton said.

For Scaggs, the COVID-19 era has been tough on her artistic life. “It’s been difficult for me to be very creative on the front of writing,” Scaggs said. “My mind has just been in a completely different space.”

Her band, Fitz & the Tantrums, explored the alternative performance venues of pandemic life, playing drive-ins and virtual shows, but there are no easy replacements for the way things used to be, and the gradual opening up of venues will only add to the questions.

“It’s different for every place that we’re going to. What’s the consistency of safety across the board?” Scaggs asked. “How are we going to be able to navigate the territory when we get to a place where they don’t have a mask mandate or you’re not required as a fan to be as safe as the staff and everyone else around us? Are we going to do meet and greets?”

While facing challenges in her creative pursuits, though, Scaggs was making headway on another front, founding Diversify the Stage, an initiative to facilitate the hiring of underrepresented touring professionals and to provide education, mentoring and internships for young people to enter the live business.

“This billion-dollar business that we thrive upon wasn’t consistent in the makeup of diverse spaces. … So I really wanted to have these conversations, identify if my experience was shared with other artists, other people within the production community. With the conversations that I was having, I recognized that, yes, this is a very shared experience.”

Centralizing infrastructure for hiring staff across the industry can help increase diversity in hiring, Scaggs said.

“If the pool is shallow, let’s start filling it with new candidates, start getting new faces involved in the industry, creating youth programs and education and working towards creating more equitable opportunities for these folks,” she said.

McGivern, thinking back to the beginning of her career in construction, said: “I was the only female in the room, without a doubt. There were men in gray suits and the occasional man in a check shirt would come in from the site, and that was it.”

She said with pride that 46% of her employees at MSG are women. Her industry is catching up, she said, but needs to do more.

Both McGivern and Thornton spoke of getting to people when they’re young and offering a look at the career paths that are possible.

“It’s not enough to just go back to a school and say, ‘Hey, do you want to be a designer?'” Thornton said. “But be in the community so people understand what my role is as an architect, what Jayne’s role is as a developer, all of these roles. Because, in some respects, college is too late.”

The idea of promoting diversity isn’t new, Leveston said, but it hasn’t always been accompanied by action. “Diversity was a cool word to say,” she said, “but we weren’t doing anything.”

Change requires being bold and acting with intention, she said. “When I walk into the room, and I’m often the only person of color in that boardroom, in those executive meetings, I’m not intimidated in any kind of way. … I ask myself, what exists currently in the space I’m at, where I’m standing — what obstacles exist that kept other people out? And I try and change and fix that.”

Harnell said the culture of companies must be welcoming so “that young women and people of color and queer people, whatever it is, that they feel that they can show up in their whole selves and do their jobs.”

And the business must provide mentors, Scaggs said.

“Mentorship is a major part of bringing up young people in our industry, creating this kind of village and community environment,” she said. “I made that a part of DTS. We have to have folks that can show you the way.”