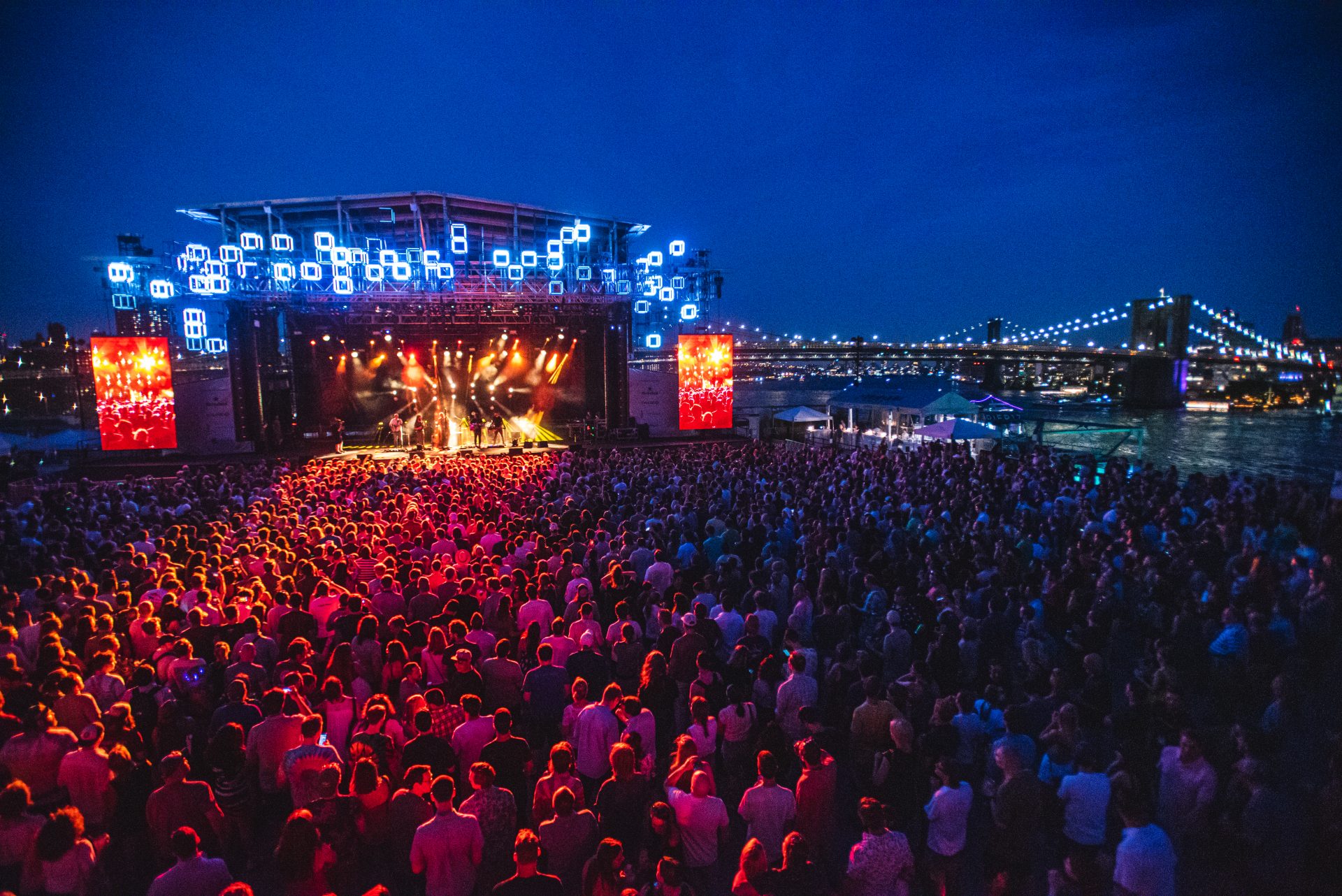 Five stories high and set 300 feet into Manhattan’s East River, The Rooftop at Pier 17 opened in August 2018 with opening nights by Amy Schumer & Friends and Kings of Leon within a historic area near where the Fulton Street Fish Market was in New York City. Bringing a mix of music and comedy A-listers to an open-air venue with sweeping views of NYC’s landmarks was an inspired move from The Howard Hughes Corp., which is behind the new jewel of the Seaport District. Programmed by Live Nation, the 1.5-acre rooftop, with 65,000 square feet of usable space, can hold 3,400 for its standing general admission shows or 2,400 seated. Diana Ross, Trevor Noah, Slash, deadmau5, Sting & Shaggy, The Lonely Island, Billie Eilish and Ringo Starr are just some of the acts that have performed in the space, which will close out season two on Oct. 11 with a show by Thievery Corporation.