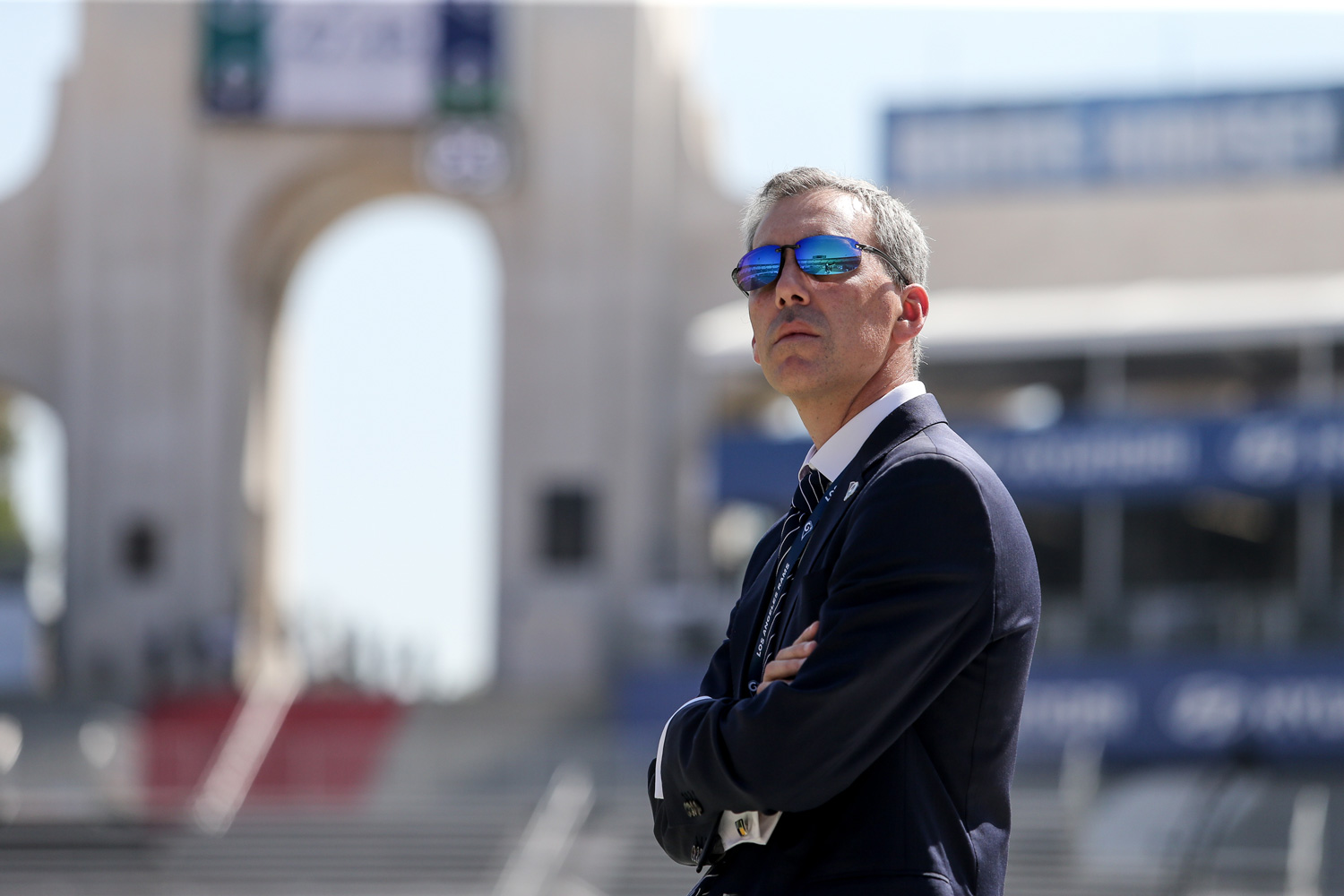 For Kevin Demoff, the last 12 months have been striking, a time when the Los Angeles Rams are witnessing the beginning of a new era.

“It’s been incredible to see our new stadium rising out of the ground that Los Angeles Rams owner/chairman Stan Kroenke is building as part of the 298-acre entertainment district at Hollywood Park,” he said from Hawaii, where the team was playing a preseason game.

The $5 billion stadium is more than 75% complete, thanks to the 3,000 people who are working on-site daily, including those from Inglewood and the surrounding communities. It’s the pinnacle of Demoff’s career with the Rams, which began 10 years ago when the team was still in St. Louis. Other successes include reorganizing the club’s business efforts to improve fan experience.

Los Angeles-born Demoff is continuing to better the Rams’ community relations since their 2016 return to the LA area, where they played 49 seasons before moving in 1995. Last season, he showed he meant business when the NFL moved the Rams’ game against the Kansas City Chiefs scheduled for Mexico City back to Los Angeles on six days’ notice after problems with the field.

“This game coincided with two different tragedies that had hit our community — a mass shooting at the Borderline Bar and Grill in Thousand Oaks and massive wildfires that spread across the greater Los Angeles region,” Demoff said.

“Working with our partners at the L.A. Memorial Coliseum and across the city of Los Angeles, we turned this NFL game into an opportunity to lift up a region that was suffering by honoring victims and first responders and creating a night that brought LA together.”