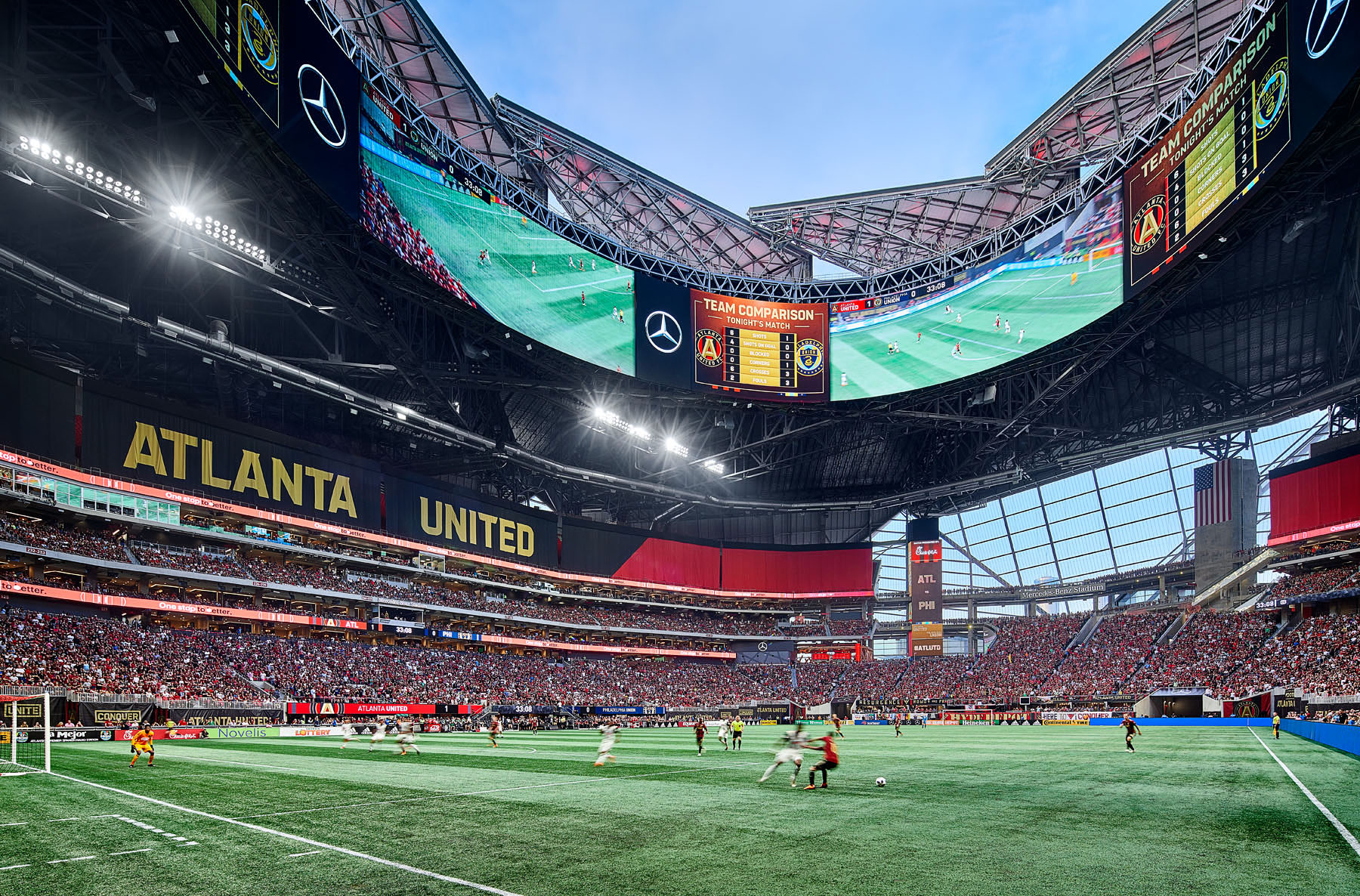 Expectations for atlanta’s new downtown stadium were sky high when it opened in 2017, and it’s more than lived up to them. The HOK-designed project, sporting a distinctive roof that opens and closes like a camera shutter and a videoboard ring encircling the opening, played host to the College Football Playoff National Championship and MLS Cup in 2018 and the Super Bowl in 2019 and will get the NCAA Men’s Final Four next year. After some tweaks to the acoustics, the building established itself as a concert hub, hosting shows in the last five months of 2018 by Taylor Swift, Beyonce and Jay-Z, and Ed Sheeran, and operator AMB Sports & Entertainment has pushed innovation on the food front, continuing a popular low-price menu and this year moving to an all-cashless operation.