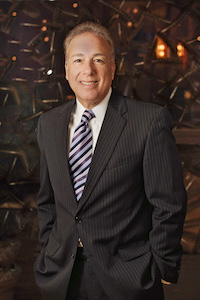 Booking over 600 shows at eight venues in five states while adding a new facility in Canada that will put an additional 300-plus shows into the mix is no easy feat. But Tom Cantone and his team make it look easy.

Cantone revolutionized modern casino entertainment in 1987 when he managed to book Eddie Murphy, the hottest star on the planet at the time, to play at The Sands in Atlantic City, N.J. The casino venue had been featuring Vegas-style acts who played to older crowds, as all casino entertainment venues did at the time. Murphy’s arrival on the scene changed the course of how modern casinos market themselves today.

“It worked,” Cantone said. “Now today’s hottest stars begin their careers and tours in a casino venue instead of ending their careers in one.”

With so many opening, “venues have to be more creative in dealing with promoters to get the programming and share the risks and benefits,” he said.

Besides all the programming needed at all the U.S. venues in his division, Cantone and team are just starting work on the new $130 million, 5,000-seat state-of-the-art theater at Fallsview Casino Resort in Niagara, Ontario, which opened June 11. It will be a game changer, Cantone assures. Not satisfied with just North America, MGE is currently developing a project in South Korea.

“It’s been a decade of excellence, and because we are living it, we sometimes don’t realize how special this run really is,” Cantone said. “We’re not all going to be here forever, but we did something that will be.”