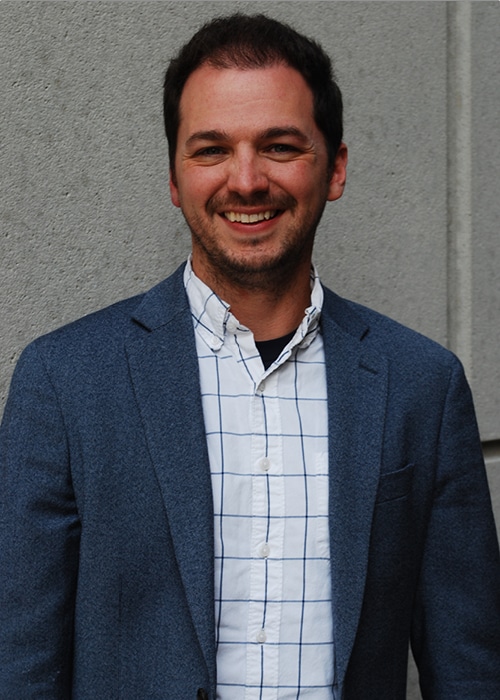 Aaron Hurt is starring in the third reel of his family’s venue history on the Butler University campus.

Hurt’s grandfather Donald, a member of the projectionist union, helped open the Arts & Events Center’s primary theater, Clowes Memorial Hall, in 1963, even hanging the original main curtain and working as a stagehand for the first few weeks. Hurt’s father, Daniel, worked his first job there at age 16 on the stage crew before joining the projectionist side of the union.

“I grew up in a movie projection booth,” Hurt said. “I had to go to work with my dad. I’d just hang out and I learned how to splice reels.”

Jump ahead to today, and Hurt oversees Clowes Hall, four smaller spaces that can be used for performances, and a number of other event venues on campus, all under the Butler Arts & Events Center banner. He’s held the executive director job since the beginning of 2019.

Arts and events came together under a plan from Hurt — maybe it’s his splicing experience put to use — that allows a cleaner booking process, especially for conferences coming to campus in the summer that want to offer accommodations to participants.

“We’re a one-stop shop for everything from Broadway (productions) in Clowes to if you want to put a wedding in our gardens or guest housing on campus,” he said.

He got a taste of an Indiana tradition when the first COVID-era NCAA Men’s Basketball Tournament played every game in the state, some of them at Butler’s hoops temple, Hinkle Fieldhouse. Hurt was one of the executives running a committee on the details of how to handle the arrival of the Big Dance on campus.

Hurt is finishing up a construction project that has created a new main entrance for Clowes Hall that will keep the nearly 50-year-old theater up to date for the future.

“I’m an alum of Butler University also,” he said, “so it’s weird to think I put my mark permanently on the campus.”

“Aaron is passionate about venue management and creating memorable experiences for guests while constantly increasing his knowledge and education. He consistently impresses me with the way he looks for ways to improve operations and bring his team together to find solutions.”