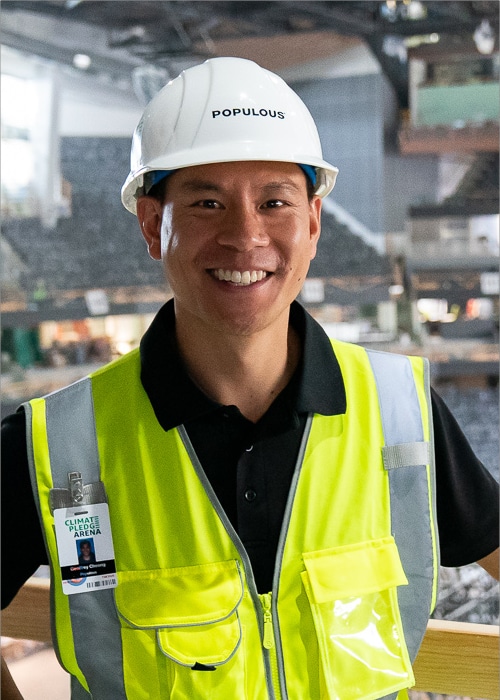 Cheong now plays a key role in the development of Climate Pledge Arena, the $1 billion transformation of the old Key-Arena into a hockey hub for the NHL expansion Seattle Kraken.
About 15 years ago, though, it was a much smaller project, a proposed baseball venue on the University of British Columbia campus in Vancouver, that effectively drove Cheong down the path of sports design.

Cheong was a student at the British Columbia Institute of Technology in a Vancouver suburb. He was working on his thesis and chose to study the potential for building a ballpark at the bigger school. The thesis marked his first dive into sports architecture.

“I reached out to quite a few firms … to see if they could help me gain some knowledge into that part of the industry,” Cheong said. “I put about a dozen packets in the mail, explaining what I was doing and where I was studying. HOK Sport (before rebranding as Populous in 2009) was the only firm that got back to me.”

Steve Boyd, a principal at Populous working in the firm’s minor league baseball group, helped Cheong form his thesis. In October 2007, a few months after Cheong graduated, Populous hired him.

Climate Pledge Arena, set to open in October, has been a landmark project for Cheong. It’s the first big league venue to go completely electric, a giant step for the industry in Seattle, a market driven by sustainability.

In early 2020 during construction, Cheong and his peers heard about the shift in energy sources, due in large part to Amazon’s naming rights deal and commitment to preserving the planet.
The challenge was to remove all natural gas lines in the building up to that point and come up with a new layout to accommodate all the new equipment required to make the switch to electricity throughout the arena.

“The challenge was the clock and pace of construction on site,” Cheong said. “We were able to redesign the building, get it through permitting and through construction without causing any significant delays to the project schedule.”

“He is one of the brightest and most talented architects I have ever worked with. The only thing he lacks from others of his caliber is ego.” 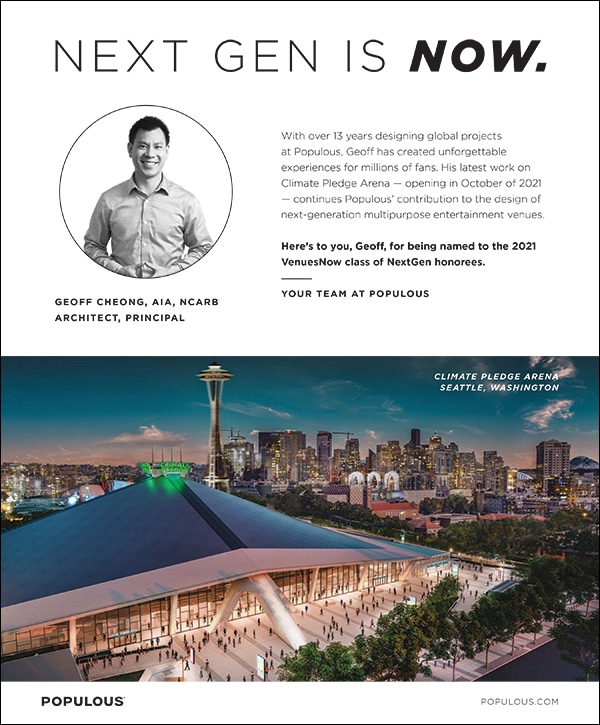