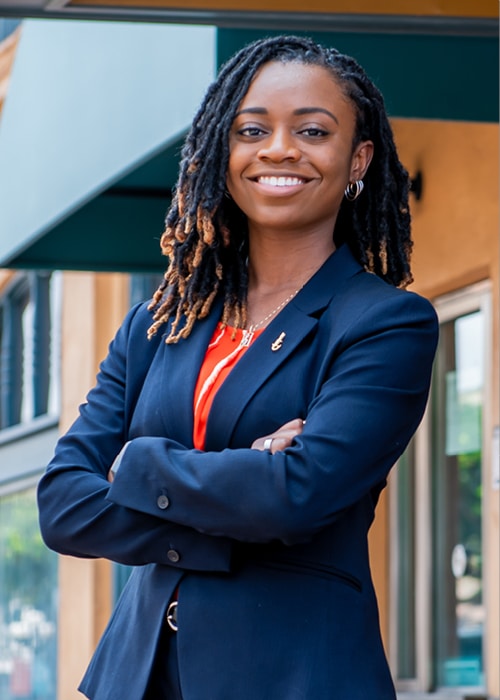 In 2020, while in the role of event operations manager with University of Florida Performing Arts, Zakiya Smith-Dore told VenuesNow that she hoped in 10 years she would be an assistant or associate director or moving into a director’s role.

In 2021, the loyal Gator (she earned her bachelor’s and MBA degrees at the university) appears to be well on her way, having recently taken on the role of assistant director of operations at San Diego Theatres, where she oversees event operations and facility services for both the 97-year-old Balboa Theatre and the San Diego Civic Theatre.

“It’s hard to leave a place that’s been home all these years, but I have an amazing team here and there are a lot of fantastic changes on the horizon,” Smith-Dore said after making the cross-country move to San Diego, where she will be under the tutelage of Carol Wallace, San Diego Theatres’ president and CEO.

Smith-Dore’s willingness to exit a comfort zone to take on a new opportunity and challenge is not surprising to one of her mentors, Lynda Reinhart, senior director of the University of Florida’s Stephen C. O’Connell Center, where Smith-Dore began her career in 2013.

“She has become like family to me and my kids,” Reinhart wrote in an email that described Smith-Dore as having “a tough exterior” but “a kind soul.”

“She has built a great network simply by asking a lot of questions, which has paid off tenfold for her,” said Reinhart.
Smith-Dore is already shaping the industry through her involvement with the International Association of Venue Managers, which she credits with helping propel her career while offering invaluable leadership opportunities.

As for her new job in San Diego, Smith-Dore says what she likes best about it “is being a leader among leaders.”

“I have an amazing team here and there are a lot of fantastic changes on the horizon,” she said. “I’m excited to help shape the organization’s future.”

“Her success comes from her desire to learn and her willingness to embrace new opportunities.”