While nearly all in the live entertainment business have learned to make the most of a situation, Becca Leifer says fans at her venue’s first show back may have proven the best example so far.

“Our first show back in July of 2021 was Brandi Carlile. Unfortunately, we were having a plumbing issue that was affecting some of our onsite restrooms,” says Leifer, assistant GM of Forest Hills Stadium in Queens, New York. “I spent almost the entire show managing the lines and keeping fan morale positive in an otherwise negative situation. This experience truly re-instilled my love for our fans. The joy amongst the line, being most of our fans’ first concert in almost two years, was contagious. We were playing games, joking with one another and runway walking down the hallway. It was a real bonding among a group of women who had not met each other before, and more than anything we were all grateful for a communal experience again.”

Leifer manages the 14,000-capacity former tennis stadium, where she started in 2014, shortly after it reopened as a concert venue, and was quickly promoted to assistant GM in 2018 at only 23 years old. She also has worked as the settlement representative for multiple Bob Dylan tours.

Leifer says she was proud to be part of the team producing the City Harvest’s Concert To Feed NYC at Forest Hills Stadium, which provided meals for more than 2.5 million New Yorkers as the city was reeling from the onset of COVID-19.

The pandemic led to both a long dark period and a hectic reopening, but Leifer is hopeful the hard work will pay off.
“With our largest season yet coming up this summer, we are hoping all of the time and energy we have put into making Forest Hills a great place to work will only help attract and retain staff and give us more opportunities to make the experiences for our guests even better,” she said.

Leifer is confident hard work in bringing positive change will pay off as well.

“The key to making change in a sustainable way is to start investing in our junior staff — to train our future industry leaders and prioritize the creation of pipelines that support long-term development,” she says. “We need to combat the inherent bias in hiring and promotion practices by minimizing internal referrals and continuing to challenge disparities that can stem from our standard policies and practices.”  — Ryan Borba 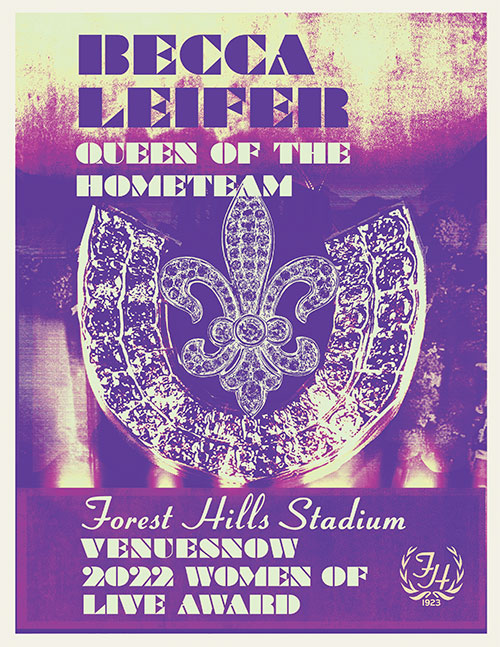