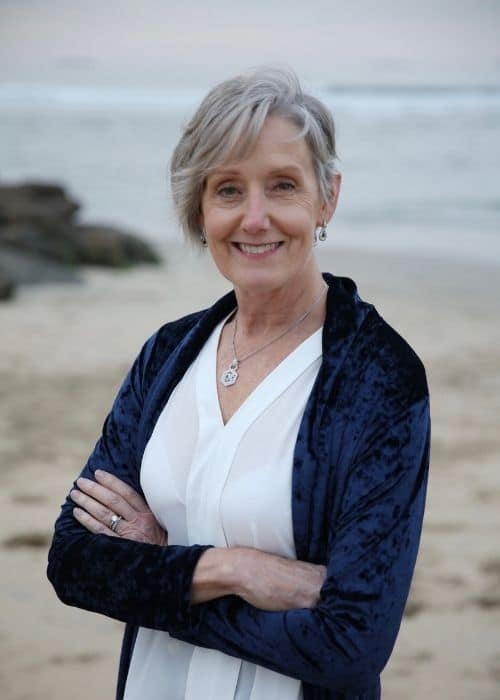 Kim Bedier’s management style is one of empowerment. She gives people in her charge the freedom to do what they do best while offering guidance and ultimately holding everyone in the organization accountable.

The approach has served her well throughout 25-plus years in the venues industry that have taken her from Grand Prairie, Alberta, to Toronto, Tacoma (Washington) and now Anaheim, California.

Bedier is at the forefront of the ambitious $3 billion, 95-acre project called ocV!BE, a mixed-use entertainment district that will surround the Honda Center, home to the NHL Anaheim Ducks. It’s due to break ground later this year, with a first phase opening expected in 2024.

Now the senior vice president and general manager of ocV!BE and the Honda Center, Bedier could have stayed put running the Tacoma (Washington) Dome, which she did for 12 years before heading for sunny SoCal, but in her words, “I’m a sucker for punishment.”

Before Tacoma, the Canada native was general manager of what’s now called Angel of the Winds Arena in Everett, Washington, and she’s also held executive roles at Toronto’s Scotiabank Arena (then known as Air Canada Centre), home of the NHL Maple Leafs and NBA Raptors, and the Crystal Center in Grand Prairie, Alberta, where she got her start in the industry. Bedier also ran a work crew at the Salt Lake City Winter Olympics in 2002.

“She knows what everyone’s skill set is around her and around the organization and that makes delegating as effective as possible,” said Tom Alexander, ocV!BE’s vice president of programming, who has known Bedier for almost nine years, working with her in Tacoma before joining her in Anaheim.

“Working in an environment where you are able to not worry about anybody looking over your shoulder as long as you do what you are supposed to do, and do it well, it’s great,” Alexander said. “She’s also very supportive. Any time there may have been stumbling blocks with the city or the venue she was kind of the remover of obstacles.”
Tim Ryan, ocV!BE chief executive officer, adds. “We’re thrilled to have Kim as part of our team during this critical time. Her strategic execution in leading projects is beyond impressive.”

As for her latest endeavor, Bedier says she likes being in on ground-floor decisions as ocV!BE moves from concept to construction, giving her yet another chance to cement a legacy already on solid footings.
— James Zoltak 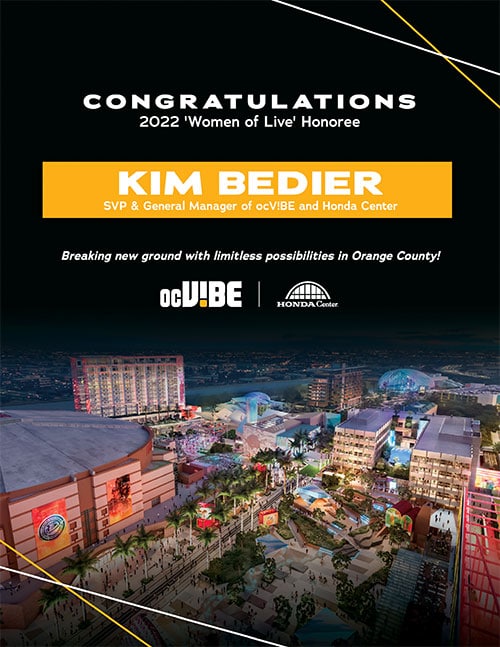