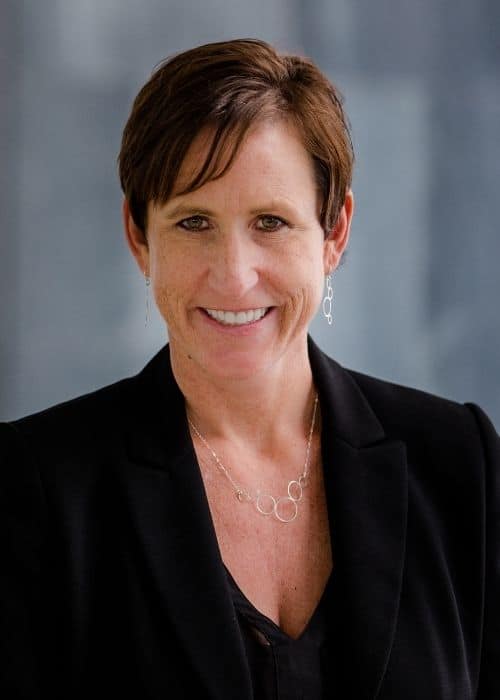 It’s been that way during her 23 years in the industry, although things are changing ever so slowly, according to Bartch, senior project manager and regional leader of HOK’s sports group in San Francisco.

As regional leader, a position she’s held since 2018, Bartch works closely with the firm’s human resources department in its search for strategic hires to help build a strong foundation for women in the field of sports design.

“We still have some work to do,” Bartch said. “It’s really about educating more women about the field and getting them interested in it and giving them the resources they need to be successful. That’s something we do at HOK, providing that support to let us grow in the profession.”

For Bartch, a West Coast native, that interest started during her formative years, when she played softball and soccer and gravitated to sports architecture as part of her overall love of athletics.
She started her career at Sink Combs Dethlefs, now Perkins & Will, a firm based in Denver that specializes in arena design. Her first project was MTS Centre, now Canada Life Centre, home of the NHL Winnipeg Jets and AHL Manitoba Moose.

She was doing NBA work at AECOM, which continued at HOK. Bartch helped design $110 million in upgrades to AT&T Center, home of the San Antonio Spurs, a project completed in 2015.

Six years later, Footprint Center, where the NBA Phoenix Suns play, underwent a major facelift at a cost of $230 million. Bartch was part of the project team that pushed forward with the job during the height of the pandemic.

HOK’s San Francisco office provides a perfect setting for brainstorming concepts. There are 170 people in the sports practice in the Bay Area. The office extends to designers in aviation, healthcare, science and technology and corporate commercial.

“That’s one of the good things we have in-house; a lot of disciplines that we can reach out to for their impressions about things,” Bartch said. “It’s exciting where things are going. Everyone is reconsidering the type of space provided to attend events. It’s always evolving.” — Don Muret 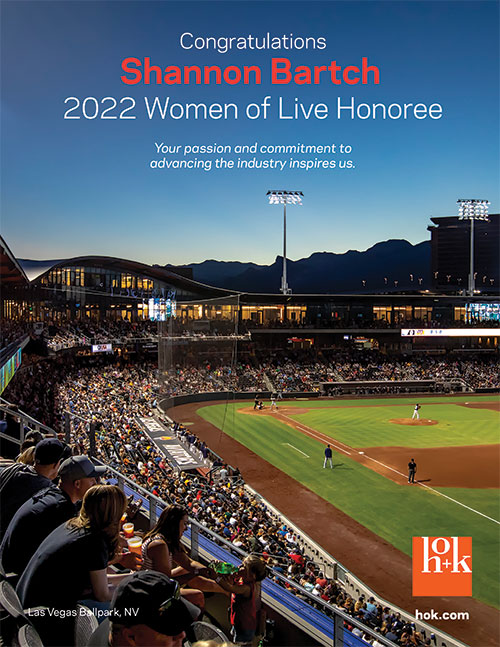