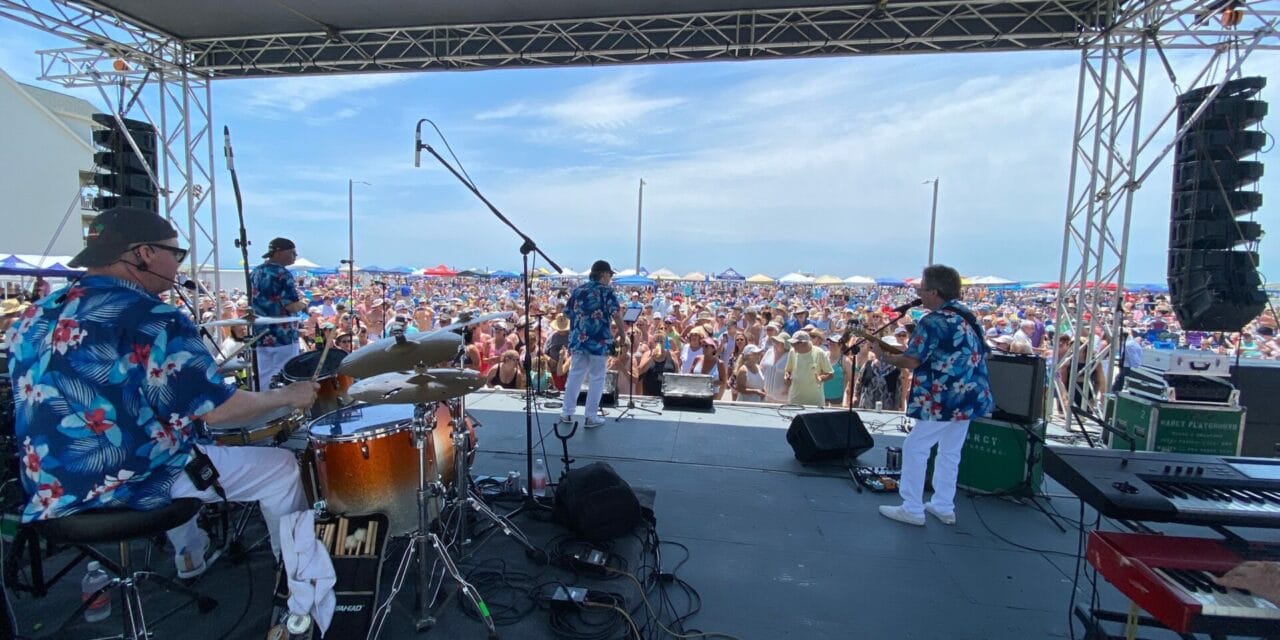 GOOD VIBRATIONS: The Atlantic Beach Music Festival kicked off the summer season on the North Carolina coast. About 6,000 attended the May 21 event, produced locally. (Morgan Gilbert)

ATLANTIC BEACH, N.C. — A handful of entertainment brands dominate the music festival business, but throughout the U.S., small towns stage events that attract thousands of attendees, boosting the local economy and driving an additional source of revenue for city services from the police to fire departments.

The quaint town of Atlantic Beach is populated by mom-and-pop hotels, modest cottages and beachfront estates. The year-round population is approximately 1,500 residents, but that number soars to more than 30,000 during peak summer weeks.

The season typically runs from Memorial Day through Labor Day, but in 2014 town officials wanted to expand the window and increase tourism by adding the Beach Music Festival the week before the official kick-off to summer. Held Saturday, May 21, the festival attracted about 6,000 music enthusiasts eager to shag to the music of the Embers and other bands that specialize in the music of the dance craze that started in the 1950s along coastal beach towns from Virginia Beach to Jacksonville, Florida. 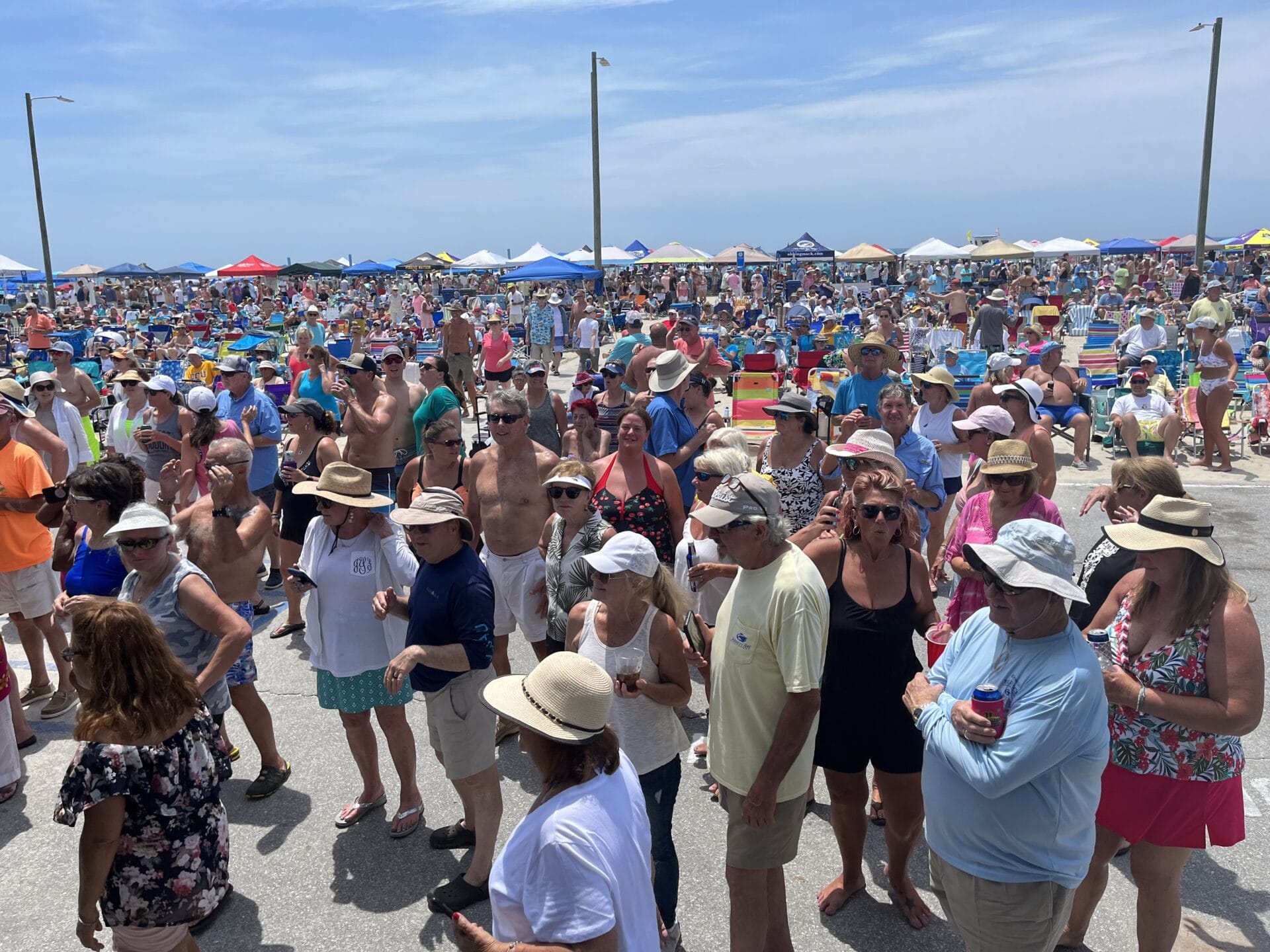 “There are two things,” said Atlantic Beach Mayor A.B. “Trace” Cooper, III. “The Atlantic Beach Music Festival is on brand for us and honestly always has been here on the Eastern Seaboard, and it does a ton for tourist development growing the season by an extra week.”

When money is being funneled into the town through hotel stays, dining and shopping, the economic model shifted from a ticketed event to sponsor funded. It’s a party-over-profits mentality that brings people back every year.

The infrastructure required to turn an empty municipal parking lot into a festival space with fencing, entrance gates and bag checks would restrict access and didn’t make economic sense for Atlantic Beach. The event budget is $30,000 and sponsorships, which run from $250 to $7,000, bring in $45,000 collectively, according to event organizer and town council member Danny Navey.

The location just steps from the beach has historical significance. It was the site of The Pavilion, a popular hub for beach music enthusiasts and a must-play for bands that toured the coast including Country Music Hall of Famers Alabama. A weathered wood boardwalk, which is scheduled for an upgrade, separates the sandy lot from the expansive beach.

The mood is sweetly nostalgic and intentionally patriotic with frequent tributes to the military. The U.S. Coast Guard Field Office is a few miles away at Fort Macon and the Marine Corps Air Station Cherry Point is roughly 18 miles north of Atlantic Beach.

The event starts at 11 a.m. and ends at 6 p.m., with breaks between bands to toss swag to the line-dance crowd. Bands forgo soundcheck, which creates some consistency issues with sound, but the crowds don’t seem to care, event officials said.

The bands played energetic sets, but the crowd favorite was clearly The Embers featuring Craig Woolard. The band formed in 1958 and has a repertoire of hits, including “I Love Beach Music,” “Far Away Places,” “Hold Back the Night” and “Cool Me Out.”

A special guest catching their set was Bobby Tomlinson, the original drummer for the band and owner of The Embers Beach Club. In the late ‘60s, the group was a standard presence at The Pavilion. They played Friday and Saturday night and Sunday afternoon for $700 a week. “It was good money,” Tomlinson said. But he when he tried to negotiate a $300 increase, the owner declined to pay it.

“I was leaving and headed for my car when I saw this sign, that said ‘Build to Suit,’” recalled Tomlinson, now in his 80s. Tomlinson paid $10,000 a year for the 12,000-square foot Embers Beach Club. It had a cement floor and at the end of the night the beer bottles and cans were raked to the middle of the dance floor to be cleaned up.

Navey said the shag and the music that fueled the beach party were born from necessity. The athletic jitterbug and lindy hop were exhausting in the oppressive summer heat. A six-beat, slower shuffle meant dancers could last longer on the dance floor.

The music started as R&B and soul music played by Black bands. Segregation and Jim Crow laws, which were enforced until 1965, prevented the music from being played on traditional radio stations – but not at the beach, where jukeboxes routinely include the music on the playlist, Navey said. Navey is a partner with Waters in the popular Atlantic Beach bar, Memories Beach Club, home to the Beach Music Hall of Fame.

The crowd loves the vibe. “Anytime I can have a beer in one hand and a girl in the other, it’s a good thing!” announced a retiree in a straw hat to the crowd dancing in front of the stage.