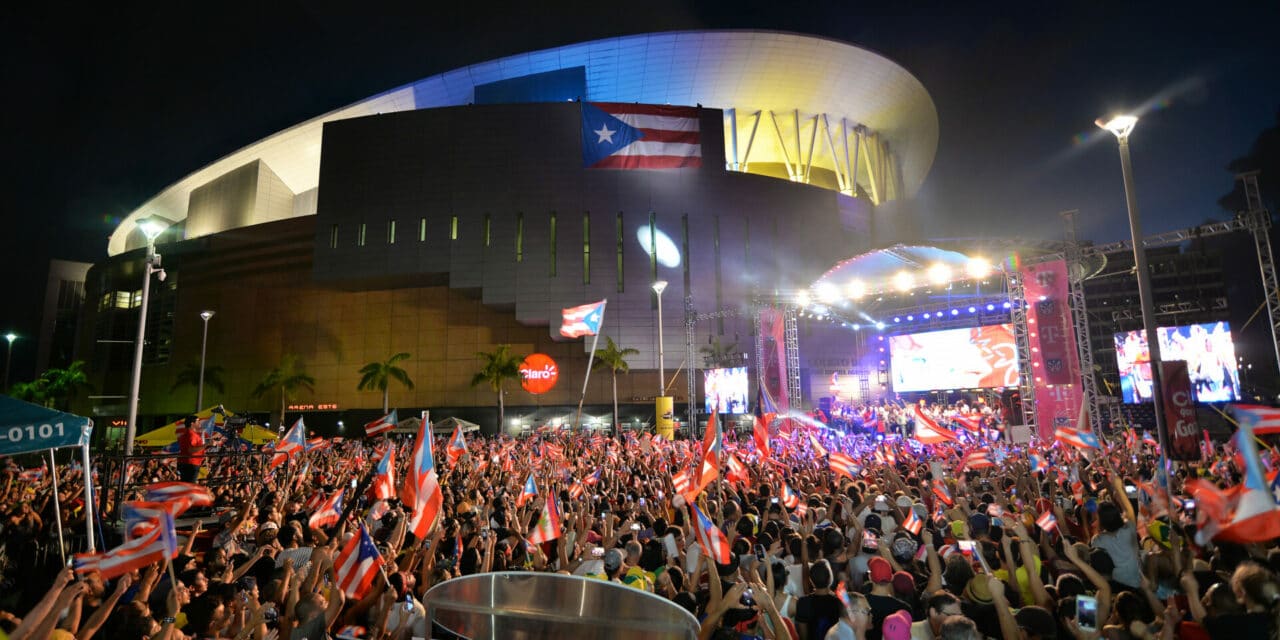 The Coliseo de Puerto Rico José Miguel Agrelot welcomed its 10 millionth guest on Saturday (May 21), an impressive milestone for an arena that has overcome plenty of challenges over the past five years, including Hurricane Maria in 2017, an earthquake in January of 2020 and a more than yearlong COVID closure that ended last June.

Melanie Biringer-Figueroa was surprised with gifts and a trip to the Dominican Republic as she entered the 18,000-seat venue for the Tommy Torres concert, “El Playlist de Anoche Live,” but the arena’s executives and staff, a group numbering about 50 full-timers, deserve credit for making the moment possible. 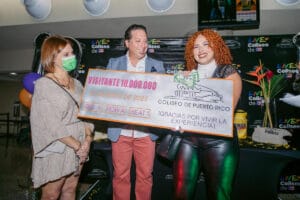 The Choliseo, or Choli, as the ASM Global-managed arena is sometimes called, reopened from its COVID closure on June 27, 2021, when Puerto Rican salsa star Gilberto Santa Rosa performed. The venue went on to sell about a quarter of a million tickets through the end of 2021 and placed 12th on Pollstar’s year end ranking of the world’s top 200 arenas by ticket sales ($9,766,756).

“We’re not strangers to adversity,” said Jorge L. Pérez, regional manager for ASM Global. “We’re resilient and we know how to come back.”

In the summer of 2020, Pérez was part of the global team that worked to develop ASM’s Venue Shield health and safety program.

The Choli is one of four venues in Puerto Rico managed by ASM Global under Pérez’s purview. They include the Puerto Rico Convention Center, Coca-Cola Music Hall and Antiguo Casino de Puerto Rico. All those buildings achieved Global Biorisk Advisory Council Star accreditation, with the aim of reopening in as safe a manner as possible for employees and guests, Pérez said.

“We were the first in Latin America to reopen and have concerts,” he said.

Venue brass lobbied the territory’s government officials, sharing details about the safety measures they were employing “and they understood and allowed us to open,” Pérez said.

“They played the whole regular season,” and from August through December the arena’s event calendar reverted to concerts, Pérez said.

“It was an intense five months,” he said. “We knew that we were going to have a great reopening run, but we never imagined (how great) it was going to be.”

He rattled off the sellouts: five Rauw Alejandro shows that went clean in a matter of hours; four Jhay Cortez performances; a Karol G show.

The Omicron variant prompted another shutdown of large gatherings in December that lasted until March, Pérez said, but the rest of 2022 is looking strong and the year will end with a 14-show run by Wisin and Yandel that’s nearly sold out and concludes on New Year’s Eve.

Wisin and Yandel also did a December run in 2018, and the following year, the Coliseo had a long run with Daddy Yankee. It’s become a tradition for the arena to book one act for multiple shows to close out the year.

The arena, which is an approved NHL-ready venue, has ice-making capability and used to open a rink for public skating, but the December concerts are more profitable, Perez said.

Pérez says the arena has seen success with a steady stream of urban and Latin acts. An effort is being made to broaden the portfolio and bring other talent in as part of the tours of the mainland U.S.

“That’s one of my top goals, to expand on the programming we have now; we also want acts like the Stones, Metallica and Bruno Mars,” he said. “We’re pushing to get those shows back as well as new shows that haven’t been to Puerto Rico.”

Pérez said he works a number of promoters, such as Live Nation and AEG Presents, all of which have to partner with local promoters.

“We have relationships with all of the above,” he said.

Pérez said the venue is also targeting corporate events to fill in an already busy calendar.

“We’ve been creative in the way we’ve presented that to the local market,” he said, explaining that a companies board meeting held at the venue can include back of house tours, soundcheck and dress rehearsals. “We want to elevate the experience of these corporate events.”

As for upgrades, a concession area on the main concourse was converted to a lounge that looks out onto the bowl and an outdoor terrace has been added that opens this summer. The arena is in the final stages of completing its digital antenna system that will improve capabilities for the venue and patrons.

“By summer we will have all the antennas in place,” he said. “The carriers are all in place. It’s all to make the customer experience the best.”

Pérez said live entertainment is huge for the island and accounts for 30,000 jobs and generates $2 billion in economic activity annually.

“That’s not all Coliseo, but when you put in the context of we’re the biggest venue, with over 70 shows per year, a lot of that is directly attributable to the Coliseo,” he said. “We are an economic motor. A lot of jobs depend on Coliseo.”

The arena works with the convention center to help extend the average visitor stay to more than the current 2.7 days by marketing events to those individuals.

“Every additional night that we (add to the average) represents $700 million in economic activity,” Pérez said. “We are mindful of making Puerto Rico an entertainment destination.”