A Temple and a Dream Combine in Cleveland 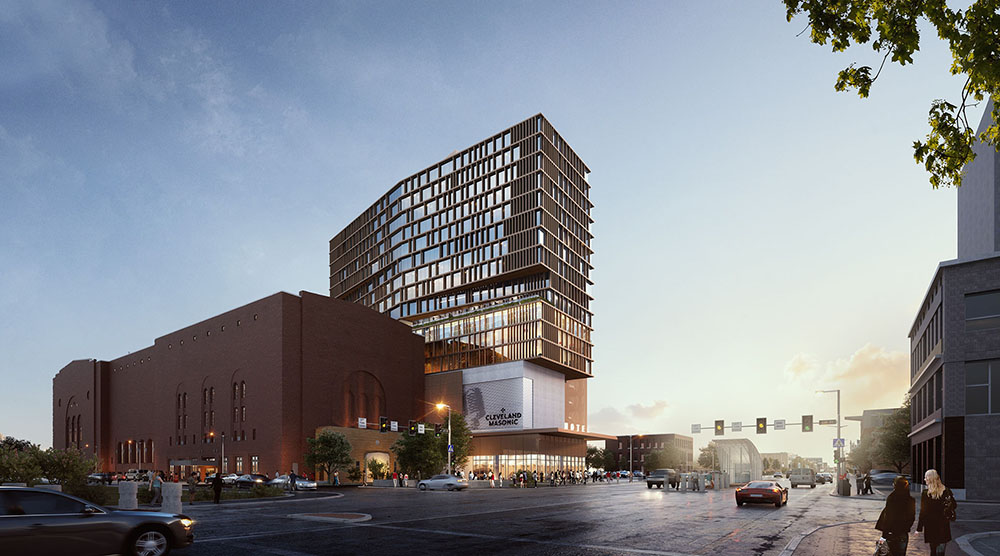 ROOMS FOR IMPROVEMENT: A rendering shows the proposed hotel next to Masonic Cleveland. (Bialosky) Plans could help build on mixed-use concept for clubs It makes business sense, and not just in branding synergy terms, that a venue that sees live music performance as having a higher purpose would partner with a hotel chain whose very name embodies the aspirational. TempleLive, the Rogers, Ark.-based venue brand, and Dream Hotel Group out of New York have announced plans to develop a 207-room hotel adjacent to the 2,500-capacity Masonic Cleveland. “Nobody does hotel and food and beverage better than Dream,” said Mike Brown, vice president of TempleLive, who has a background in the hotel industry. “They just get the experiential hotel offering. “The local community frequents the venues inside the hotels, the guest rooms are appointed by people who understand exactly what guests want and they’re cool. They’re the cool kids you want […]
To access this post, you must purchase Subscribe to VenuesNow – 1 Year, Subscribe to VenuesNow – 2 Years or Subscribe to VenuesNow – 3 Years. If you are already a member of VenuesNow, please login here: log in