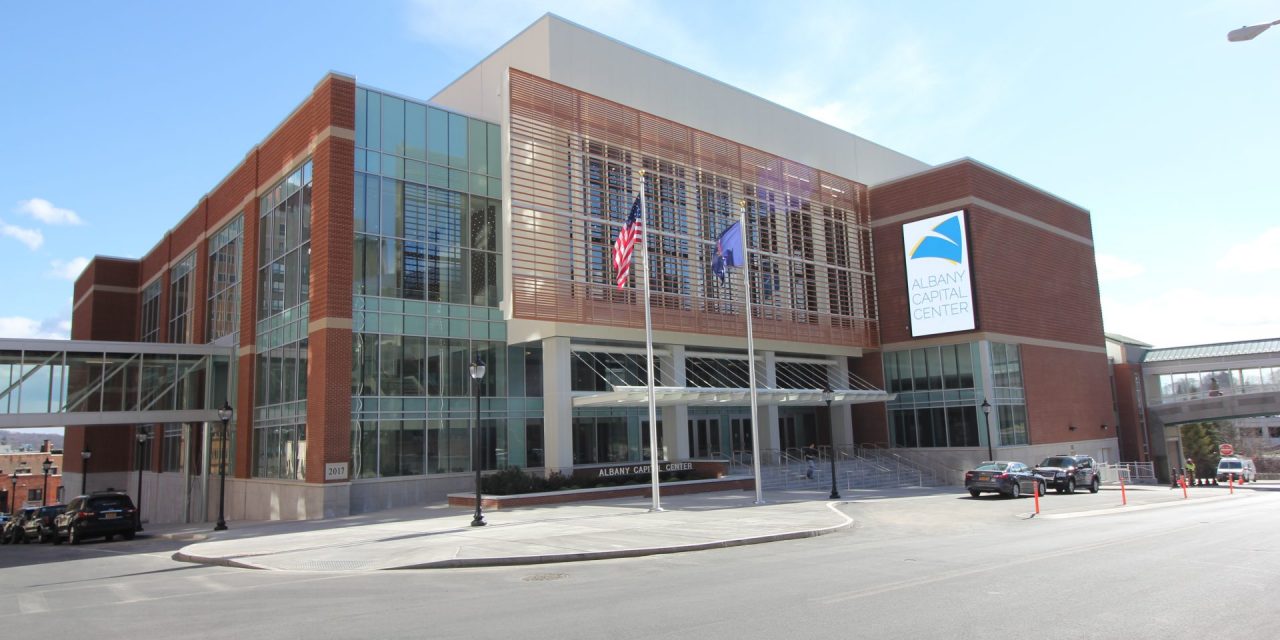 The Albany Capital Center opened in 2017. (Courtesy Albany Capital Center) A $500,000 project primarily adds space to busy venue Albany Capital Center is about to complete its first renovation project — two years after the convention center opened. The work wasn’t sexy, but it was ultra-practical. “We needed more office space because we needed to hire more people and we needed more storage space,” said Doug McClaine, who has been the general manager of the center since it opened in 2017. “When they planned the convention center in 2015, they had no idea that the building would be so successful.” McClaine and his team quickly figured out after moving in that there was not enough office space for the staff or a good place to store the center’s removable sport floors, which are being stored near the truck dock. “We were already pretty tightly packed into the two office suites […]
To access this post, you must purchase Subscribe to VenuesNow – 1 Year, Subscribe to VenuesNow – 2 Years or Subscribe to VenuesNow – 3 Years. If you are already a member of VenuesNow, please login here: log in