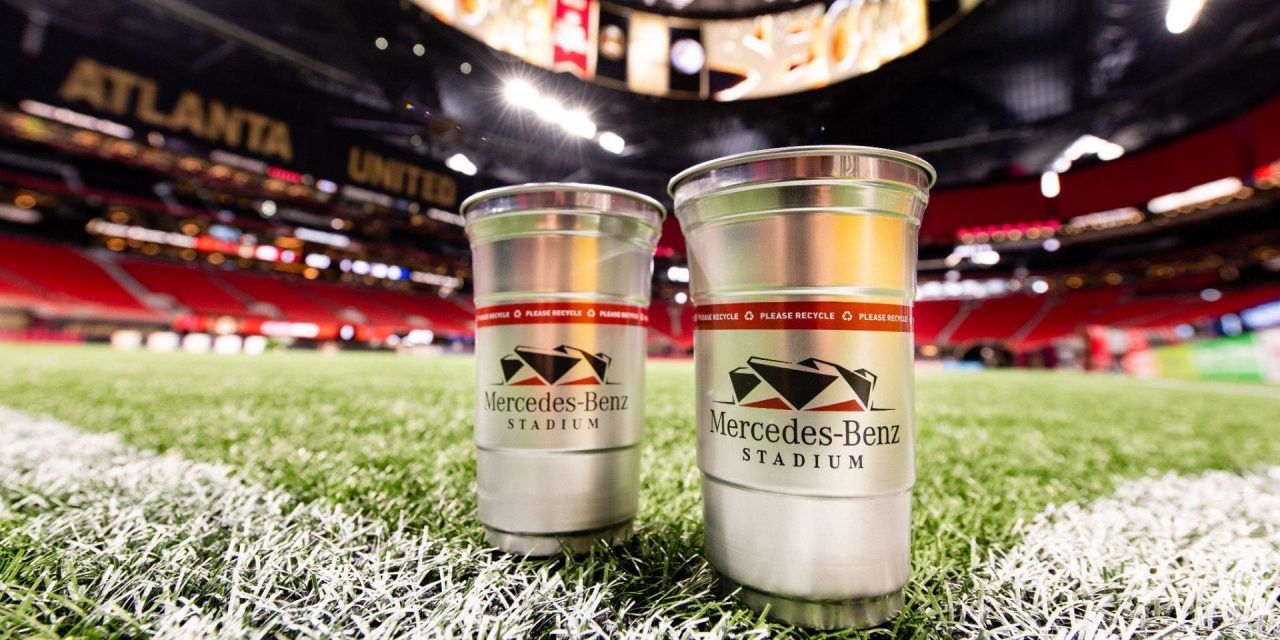 Atlanta’s Mercedes-Benz Stadium is among the venues using aluminum beer cups. (Courtesy AMB Sports & Entertainment) Some venues move from plastic to a product less likely to end up in trash The push to achieve zero waste at sports and entertainment facilities has multiple venues replacing single-use plastic cups with aluminum drink containers, and the early results have caught officials by surprise. Fans are taking stacks of the recyclable cups home as souvenirs, and some are selling them on eBay for $40 to $50, according to early adopters. It’s all good, though. The new version of the souvenir cup is a byproduct of an increased awareness by teams, schools and concessionaires to get rid of all plastic, a material with extremely low recycling rates that is littering the country’s landscapes and waterways.  AMB Sports and Entertainment recently began testing aluminum beer cups in two event-level clubs at Mercedes-Benz Stadium, and […]
To access this post, you must purchase Subscribe to VenuesNow – 1 Year, Subscribe to VenuesNow – 2 Years or Subscribe to VenuesNow – 3 Years. If you are already a member of VenuesNow, please login here: log in