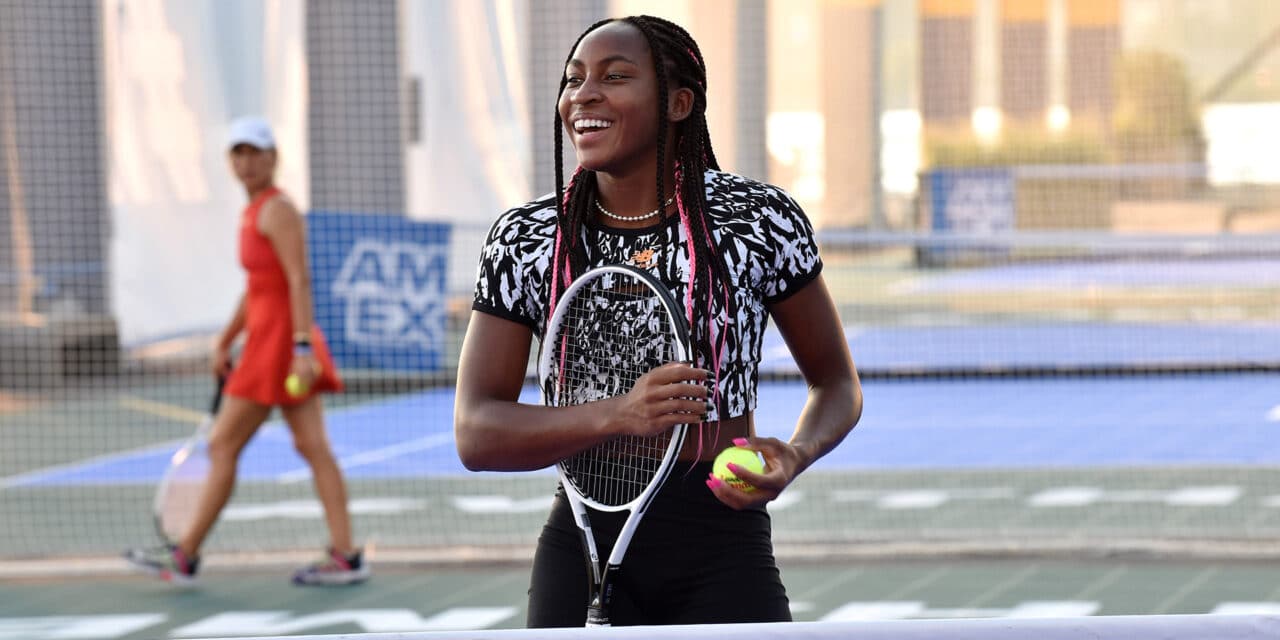 Sponsor activations for U.S. Open include patio and lounge, pop-up courts in Manhattan

American Express has taken a fresh approach to sponsoring spaces on the grounds of the U.S. Open, all while embracing tennis across New York City, extending to pop-up courts in Manhattan.

The tournament, the fourth of the major Grand Slam events in the sport’s calendar year begins Monday at the Billie Jean King National Tennis Center in Flushing, New York, and runs through Sept. 12.

The U.S. Tennis Association needed more space on the grounds to grow players-only dining and lounge amenities, eating into what previously housed sponsorship activations by American Express, one of the tournament’s largest partners. The change, coupled with no on-site fans in 2020, gave American Express impetus to reimagine activations.

“This last year allowed us to reevaluate what returning to live experiences could and should look like,” said Lindsay Ulrey, vice president of global sports experiences and partnerships at American Express. “This year we reevaluated what our presence on the ground would be and what cardmember benefits would be.”

That mix brought both new strategies and a refreshing of past ideas.

The American Express Shop, a new location on the south side of the grounds, offers contactless, cashier-free shopping for American Express cardholders. Patrons can tap their mobile wallets as they come in, shop for concessions and items from a variety of New York-area small businesses, and then walk out, in an experience powered by technology company Zippin.

Also new is the AmEx Patio near Court 17. The patio and lounge, open to all AmEx cardmembers, offers picnic tables, umbrellas, misting fans and a bar. “Everyone has an appetite to be outside and with this extra space fans can come and recharge,” Ulrey said.

Visitors can buy food and beverages, including the U.S. Open signature drink, the frozen Honey Deuce. American Express also teamed with Ralph Lauren to offer four exclusive, customizable designs for purchase within the patio lounge, which is open to cardmembers and up to two guests.

The new Centurion Suite, Ulrey said, was “just another example of how we rethought things this year and leaned into insights” all while bringing the excitement of dining to fans.

Throughout all the spaces, Ulrey said, the idea is to give fans something different, especially with the average visitor staying six to eight hours. “Days at the U.S. Open are extremely long,” she said. “If you have a ticket, you can stay for up to 10 hours. Everyone is there for the tennis, but there is a festival environment where you’re gathering with friends, grabbing food and grabbing drinks. When you’re not in your seats watching matches, having a place to relax and recharge and cool off is extremely important.”

Danny Zausner, USTA chief operating officer, said American Express takes the fact that fans stay at the U.S. Open up to three times longer than at a traditional sporting event and uses that to build activations. “It starts with the tennis, we get that, but even for the casual fan it is also about food and shopping,” he said. “Sponsor activation on site, the fans feed off it, they love it, and no one does it better than American Express. It doesn’t matter how successful they were, they are going to outdo themselves.”

American Express will continue to distribute tens of thousands of in-ear radios to cardmembers, a long-standing tradition that brings the ESPN commentary to fans in the seats and around the grounds. The 2021 radio, already seen at U.S. Open golf and Wimbledon, was redesigned to resemble the square American Express logo.

“If you have used one before, you can understand the value it brings to our cardmembers,” Ulrey said. “They are a hot ticket. They go quickly, but we have plenty.”

The first American Express Courts at Pier 76, part of New York City’s Hudson River Park on Manhattan’s West Side, opened Monday for a nine-day run, allowing tennis fans to book one of six pop-up tennis courts along the river while experiencing an on-site open-air lounge. Five of the six courts are reserved for cardmembers with the sixth a first-come, first-serve opportunity. The $5 booking fee will be donated to the USTA Foundations’ Excellence Team program to support youth tennis in underserved communities.

“There is so much energy that happens at the tennis center, but we can’t ignore the general passion the New York fan base has for tennis,” Ulrey said. “While always leveraging our partnership on the grounds, it is important to extend the energy of the U.S. Open into the city.”

With tennis play across the country increasing 22% in the last year, Ulrey said the time was optimal for a pop-up activation meeting the need for courts.

“We take experiential activations very seriously,” she said. “Our cardmember base loves the game of tennis and attending these experiences. We want to come in and elevate the fan experience in really unique and memorable ways every year.”