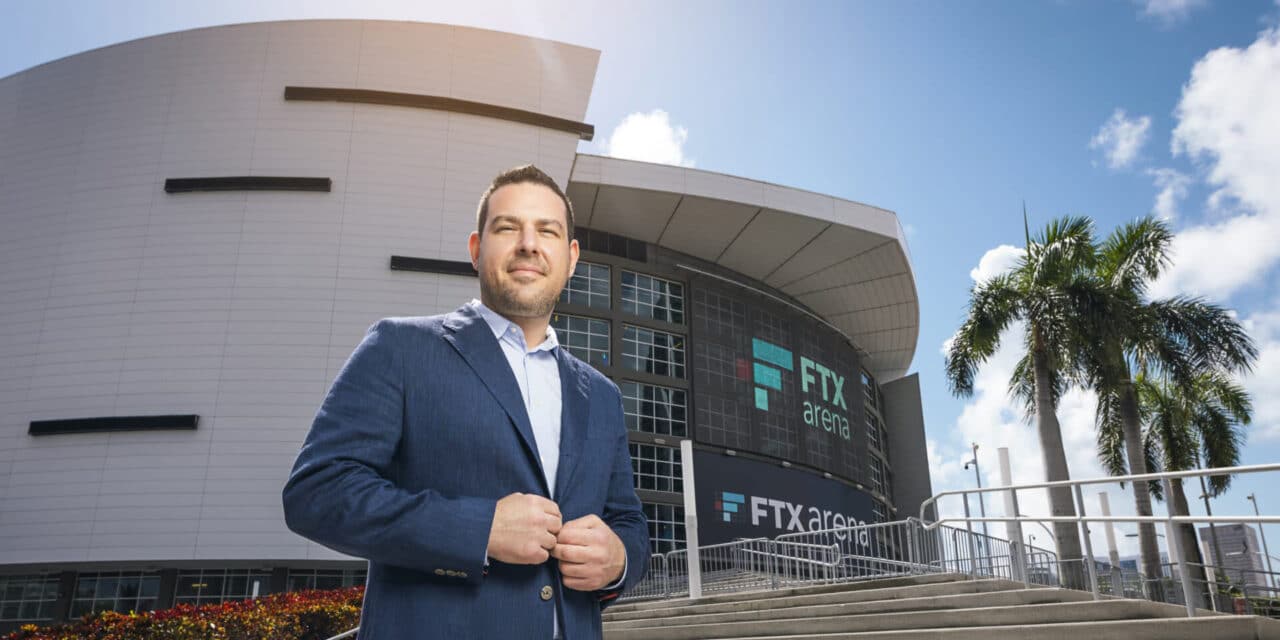 Miami’s FTX Arena is gearing up for a busy final third of the year with more than 20 concerts on the books and the start of the NBA Heat’s season.

The 21-year-old venue — which recently achieved LEED Gold Recertification status, making it the first sports and entertainment arena to earn the distinction for a second time — has seen over $1 million invested in improvements in recent years, many in response to the coronavirus pandemic.

The Heat have hired an industrial hygienist, achieved GBAC Star accreditation, installed an HVAC purification system and are pressing forward with converting the facility to cashless/contactless operations, a process launched several years ago.

“Even though it may cost us more to do that, that’s what’s important,” he said. “Whether it’s our Bacardi Ocho (Lounge) or any of our spaces that we’ve recently renovated.”

The Heat have formed a working group of leaders from all departments to push sustainability efforts, Diamond said.

The Arison Family Foundation, meanwhile, has donated $3 million to World Central Kitchen to help fight hunger among those most affected by the pandemic’s economic ravages, said Lorenzo Butler, The Heat Group’s director of business communications. The team also donated Heat jerseys for conversion into face masks amid shortages in the height of the COVID-19 contagion.

In addition to flowing from the top of The Heat Group, the drive for sustainability is also a focus of FTX, a cryptocurrency exchange that signed a 19-year, $135 million deal earlier this year to replace American Airlines as the arena’s naming rights sponsor.

FTX, which counts Tom Brady and Gisele Bundchen as minority stakeholders, has launched a foundation and what it calls the FTX Climate program. The program’s aim is to make the company  carbon net neutral this year while funding climate change research, supporting carbon removal solutions and financing other climate-related initiatives. 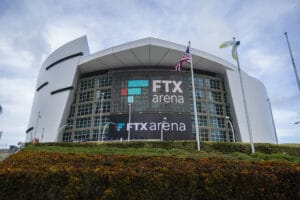 The home of the NBA’s Miami Heat is now named for a cryptocurrency exchange. (Courtesy venue)

Diamond said the Heat are not now accepting cryptocurrency as part of their deal with FTX, but he hinted that the virtual currency could figure more prominently in operations in the not-so-distant future. He noted that Heat players are savvy when it comes to crypto and that some expressed their pleasure over the partnership.

Ticketmaster and arena concessionaire Levy have been involved in the move toward contactless/cashless operations, he said, and the team uses a Bypass point-of-sale system.

The arena also employs the Fortress platform at its gates, Diamond said.

The arena continues to enjoy the exposure generated by its Mediamesh digital media facade system, installed in 2009.

“It’s the size of three or four billboards. This is our iconic marquee and we’re really proud of it,” Diamond said, adding that energy efficiency improvements make the system no more energy intensive than a cooking stove. “It really lights up the art/entertainment (district) of Miami and downtown on the Biscayne Boulevard corridor. It’s a fun toy that we have.”

Tourists line up to take photos in front of it, Butler added. “My mom came to town and she had to pose in front of it,” he said. “It’s really iconic for downtown Miami and Heat fans in general.”

The digital system also made the conversion from AmericanAirlines Arena to FTX Arena a visual event, he said.

The concerts scheduled for the balance of the year include J. Cole, who is kicking off his tour there and will be rehearsing at FTX. Fonseca and Andres Cepeda kicked off the arena’s run of shows Friday.

“We really feel fortunate. This calendar we have about 23 performances on the books right now,” Diamond said. “Once you add in the Heat schedule, it works.”

Diamond says that the Miami market is one of the most diverse in the country and that any number acts do well there.

“We can have a Russian artist one day and a hip-hop show the next,” he said. “We kind of consider ourselves to be the home of Latin entertainment. Whether it’s a Latin event or (Andrea) Bocelli (who plays FTX Arena Sept. 18-19), Miami is just a melting pot of all different cultures.”