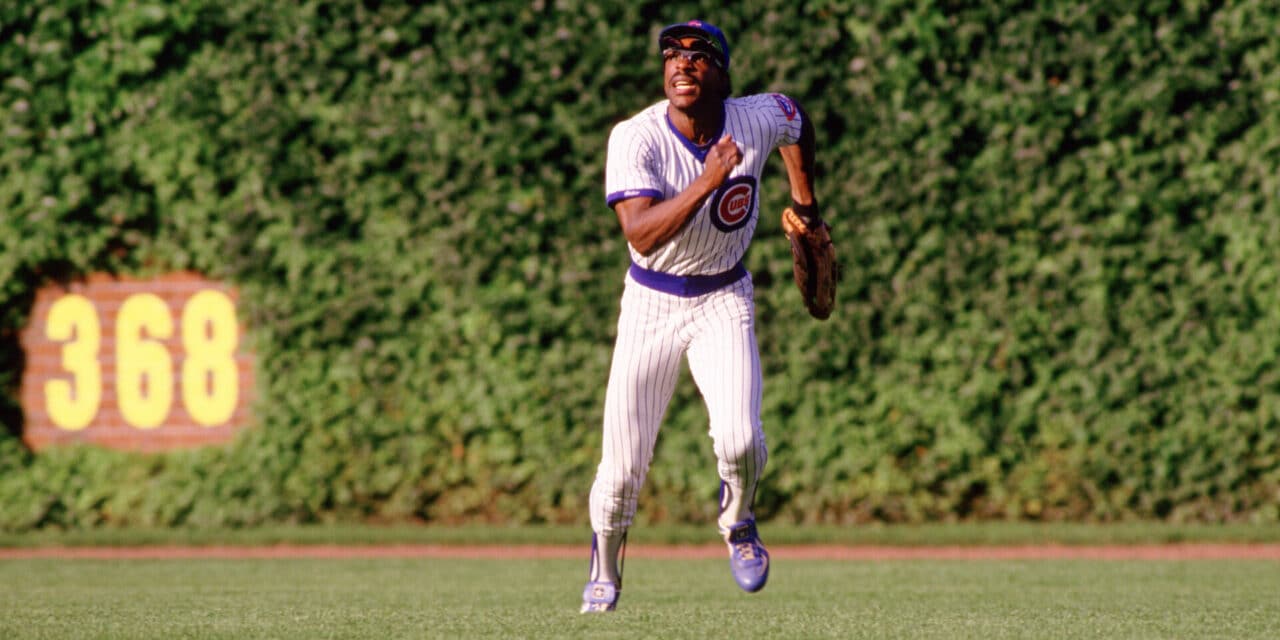 GRASS ROOTS: Baseball hall of famer Andre Dawson played the first half of his career on artificial turf before joining the Chicago Cubs in 1987. They play on natural grass at Wrigley Field. (Getty Images)

HOLLYWOOD, Florida — Andre Dawson doesn’t hold a grudge against the early generation of artificial turf at ballparks. Those initial versions of fake grass wreaked havoc on his knees over the 11 seasons he played at Olympic Stadium as a member of the old Montreal Expos.

At the same time, he knows the the extreme toll it took on his body and when he needed to rest his weary knees. It worked out pretty well. Dawson played 21 years in the big leagues and was inducted into the Baseball Hall of Fame in 2010.

On Feb. 15, Dawson, keynote speaker for the 2022 Stadium Managers Association seminar, spent the better part of an hour discussing his career highlights, mostly with the Chicago Cubs. He’s spot-on with his impersonation of  legendary Cubs broadcaster Harry Caray, and SMA attendees heard some inside scoop on clubhouse prankster and fellow hall of famer Greg Maddux.

At the end of his address, Dawson gave his two cents on the recent social media movement to eliminate artificial turf from stadiums.

Several NFL players support the #fliptheturf movement, sponsored by Pennington Grass Seed. Nick Bosa, Nick Chubb and George Kittle are among those advocating for replacing artificial turf with natural grass to cut down on player injuries. In a short YouTube video, Pennington Seed also points out the sustainability aspect in switching from turf to grass.

“I’ve always felt there were better ways to play whatever sport it was to reduce the injury factor,” Dawson said.

The #fliptheturf campaign garnered some momentum during Super Bowl LVI when Los Angeles Rams wide receiver Odell Beckham Jr. was injured on artificial turf in a non-contact play at SoFi Stadium. He underwent surgery to repair a torn ligament. Over the past three weeks, a petition on change.org driven by #fliptheturf has compiled about 25,000 signatures.

It’s a noble effort but considering the flexibility of artificial turf to accommodate multiple sports and special events, it’s unlikely there will be any drastic changes to those stadiums that use those products.

Sixteen of the NFL’s 32 teams currently play at stadiums with artificial turf. The number includes Bank of America Stadium in Charlotte, which switched from grass to artificial turf in 2021 to accommodate a new Major League Soccer team plus concerts at the 74,000-seat venue.

Over the past few years, the Arizona Diamondbacks and Miami Marlins are two MLB teams that have switched from natural grass to artificial turf at their retractable-roof stadiums. Both teams are pushing for more concerts at their venues and the Marlins recently signed a deal with the OVG Stadium Alliance to help make it happen at LoanDepot Park.

“With technology, artificial surfaces today are much better than when I played in Montreal,” Dawson said. “During those 11 years, it was replaced only once and it got to the point where you felt like you were running on concrete. When I moved to Chicago (and played at Wrigley Field), it took that (change to natural grass) to notice what the difference was playing on it.”

Dawson recognizes it’s a mixed bag for teams striving to generate revenue by booking as many events as possible at stadiums. Those venues with artificial turf can more efficiently convert the field for concerts and other special events without damaging the surface.

Grass surfaces, by comparison, often take a beating from concerts, especially the outfield spaces at ballparks where stages are set up. Ask any MLB head groundskeeper. They’re all very protective of their fields and don’t enjoy having to replace sod in-season after a few shows.

“As long as there continue to be improvements, there’s a place for it,” Dawson said. “Initially, for me, the wear and tear was done early on because the stadiums themselves didn’t really figure it out early enough. Those surfaces were detrimental.”