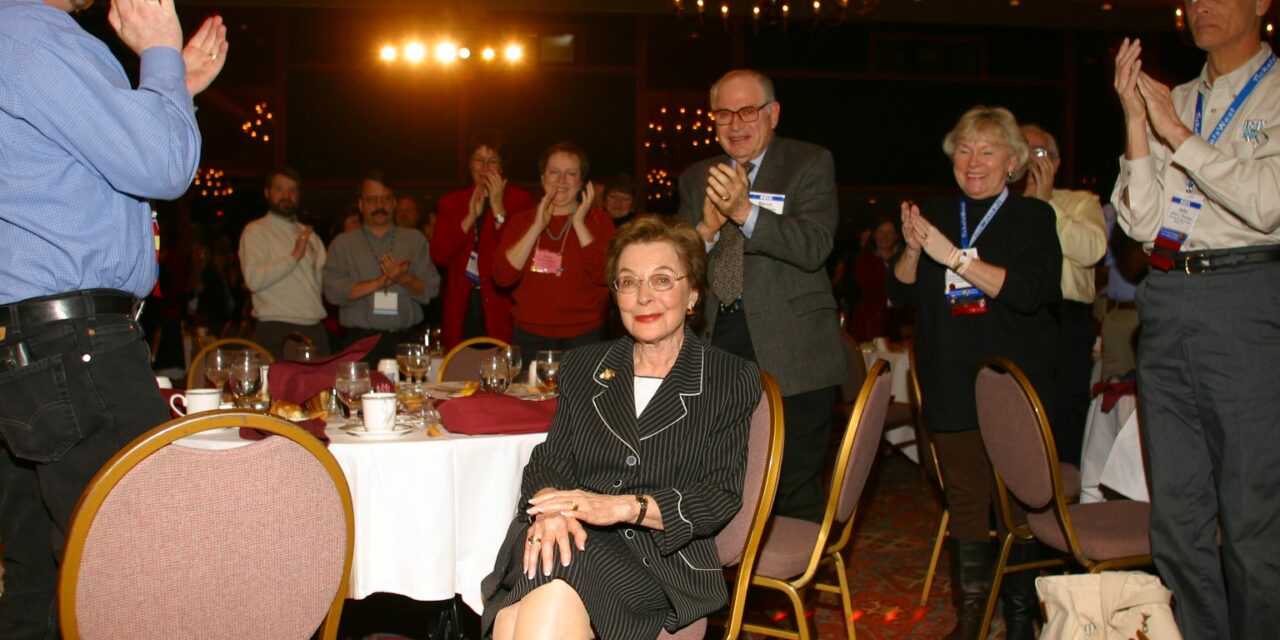 Patricia Spira is cheered by colleagues at an INTIX awards ceremony. (Courtesy INTIX)

International Ticketing Association founder Patricia Spira, who died earlier this month in San Diego just two days after her 98th birthday, is being remembered as a pioneer who helped professionalize a crucial segment of the live entertainment industry.

“It’s amazing to me that she reinvented herself so many times and in times when women didn’t do that; all the way back to 1942 when she went back to college while working two jobs and raising two kids, then did again at 55,” said current INTIX president and CEO Maureen Andersen. “She was an amazing woman.” 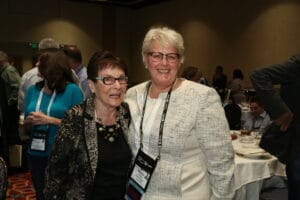 The INTIX Patricia G. Spira Lifetime Achievement Award, the organization’s highest honor, was renamed for her in 2003.

Spira is credited with forming INTIX’s precursor, Box Office Management International, in 1980. The association’s name was changed in 1997 to INTIX and the organization has grown from less than 100 to more than 1,400 members.

A graduate of the University of Wisconsin, where she earned a bachelor’s degree in history, Spira was box office manager at the Milwaukee’s Marcus Performing Arts Center when she began forming what would become INTIX, now considered the leading professional association for box office staff. She headed INTIX for 22 years before retiring in 2002.

Born Patricia Goodsitt and raised in Milwaukee, Spira graduated from Shorewood High School before attending the University of Wisconsin in Madison for two years. She ended up earning her degree from UW-Milwaukee at age 42, no easy task while working two jobs and raising four kids.

The Spiras raised their family in  Whitefish Bay, Wisconsin.

“All of us who call this life and career of ticketing are forever indebted to her,” Andersen wrote in a message to INTIX members. “We are grateful for her vision and her service to us in demanding the respect and the acknowledgement of this work and its integral value to live entertainment around the world.”

Spira, who was preceded in death last year by her husband Marvin A. Spira and in 2015 by her eldest son David, is survived by son Dr. James Spira; daughters Ann Spira and Ellen Spira Hattenbach and nine grandchildren and one great-grandchild.

A memorial fund has been set up in Spira’s honor.

Donations are also welcomed at the Jewish National Fund- USA.