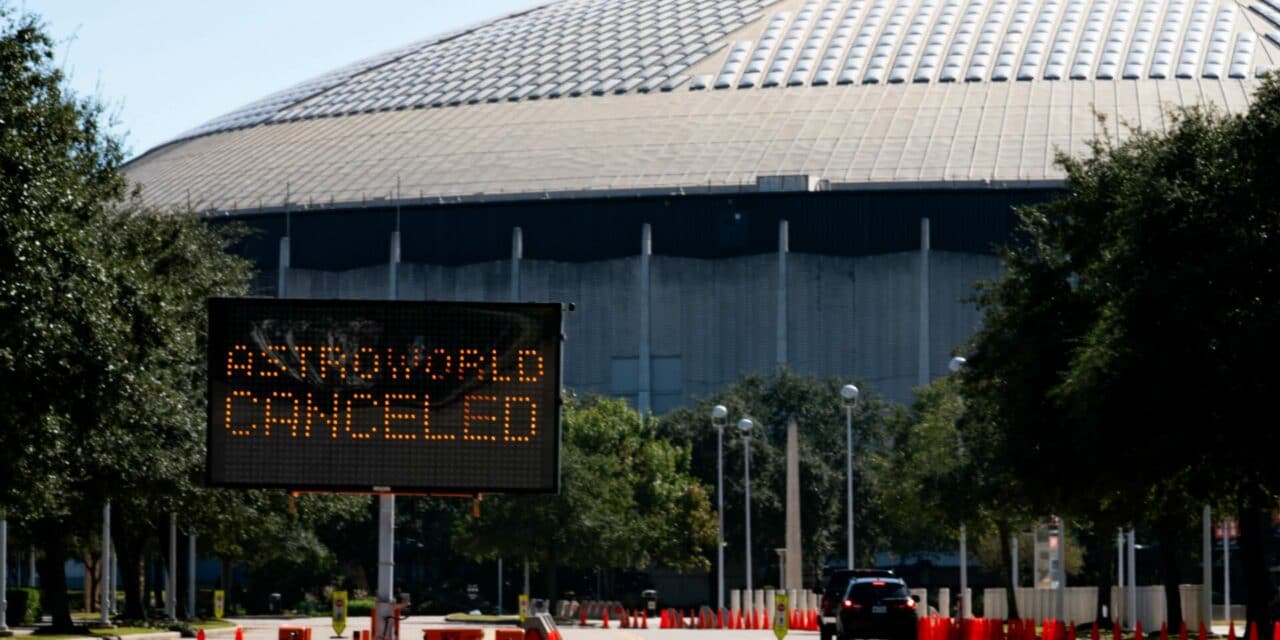 While what exactly went wrong and who is to blame will wind its way through court and investigations over the course of years, there are already some clear takeaways and room for improvement following the deadly Astroworld festival disaster in Houston.

“We really need to take an all-hazard approach to crowd behavior and crowd dynamics,” says Mark Herrera, director of education for the International Association of Venue Managers (IAVM).

Herrera was named to Gov. Greg Abbott’s Texas Task Force on Concert Safety in response to the Travis Scott-curated festival that was cut short at NRG Park Nov. 5 when crowd surges and general chaos became deadly. “It’s about really knowing and understanding the kind of energy crowds are going to bring and really start training teams on how to identify behavioral patterns, patterns that aren’t conducive to an environment.”

As part of Herrera’s role, the former law enforcement officer teaches Situational Awareness-Mindset training that focuses on on Exceptional Focus, Performance, and Control in Extreme Situations.

“That crowd surge happened at some point in time, and it was around 30 minutes from when someone saw something unusual,” Herrera said. “When you see it, it has to be identified, those behavioral patterns that are creating the crowd surge have to be identified way in advance, and there has to be an interjection, — utilizing teams to diffuse, control, remove, whatever it is — before that spools out of control. But if you’re not training teams to do that, we’re becoming very reactive. We’re waiting for the crowd surge to say, ‘Now, we have a problem,’ but now is too late. It catches everybody off their heels because it’s an unexpected occurrence they didn’t expect to see.”

Herrera is quick to note that in the case of Astroworld, what exactly went wrong will have to play out through investigations and court. While post-COVID challenges in staffing, training and rowdy fans may have played a role, Herrera also notes that managing a crowd of 50,000 people under any circumstance can go wrong quickly.

“We’re so quick to cast judgment on what went wrong, but any time you have a catastrophic event such as the one that happened in Houston, you want to allow that investigation to identify what did go wrong, and what can we do better, and what did go right,” Herrera said. “There’s going to be a lot of things that emerge — emergency responders, venue management teams, there may be things they did right in that moment, but it’s really clouded right now.”

But there are lessons to be learned and a reminder that disaster can strike at all types of gatherings. Herrera breaks it down with six bullet points in how to handle a crowd control crisis:

“We have to do a better job at recognizing and reporting situations that may require crowd movement, that’s number one.

“Number two, we have to understand the dynamics and the different methods of crowd movement. It’s so important. Different crowds bring different types of risk.

“Three, understand and learn the response plans, and evacuation procedures, for all venues, and all different types of events they’re hosting.

“Four, everybody’s got to be willing to assist and direct people to safety during an incident. Sometimes we feel like it’s a dedicated role — but it’s not. If I’m in the middle of a crowd like that, I don’t have to be a crowd manager or work for the venue, but if I’m a part of that event in any way, or even attending it, am I going to help and assist? Absolutely. It’s so critical and important.”

“Number five, we have to continue to search areas to be sure all these areas are clear, all the time. There’s areas that can still potentially create some type of a surge, we need to know where they could be.”

“And, lastly, we need to be able to assist first responders as directed. That is so important. There’s the 80-10-10 rule. When talking about crowd evacuation, what emergency responders, venue managers, all within entertainment industry need to be trained to understand is that you need to focus on the 80% of people that need help and are just waiting for instruction. They will comply,” he said.

“There’s another 10% that is eager and excited to help, and we need to give them direction on how exactly to help manage these crowds. Then there’s the 10% that is totally noncompliant to anything you have to say in regards to health and safety precautions. We can’t really worry about that 10%, you have to worry about that 90%. Do we leave out that other 10%? No, we come back to them. The idea is to protect human life, but in the middle of an evacuation you have to focus on that 90%.”

Regarding the Texas task force, Herrera says he is sharing information both ways, and will relay information to the industry as it comes, as best practices determined could be proposed as legislation.

“Whatever we develop within that task force, I’m always going to ping it off of our venue executives as well, to have a dialog, discussion, feedback and buy-in to whatever those changes are, and I’ll share that information with the governor.”