The 4,600-capacity Austin Music Hall has been foreclosed on by the bank that financed its expensive makeover five years ago, casting its future into doubt.

Houston-based OmniBank took control of the 43,000-sq.-ft. building at a foreclosure auction earlier this month and will honor existing bookings – though at least two concerts have moved to other Austin venues due to the shakeup – while it looks for outside management and promotion companies to take over operation.

“We’ve been meeting with various companies, both from inside Austin and people from all over who have expressed interest,” said OmniBank executive vice president Curtis Wren. “We have an existing calendar of events that we intend to honor, and we intend for this to be business as usual.”

Wren said OmniBank has been contacted about selling the building but no substantive discussions have taken place.

Valued at more than $12 million, according to Travis County tax records, and located in Austin’s rapidly growing and developing downtown, the three-story building sold at a foreclosure auction for about $6.3 million.

OmniBank covered the estimated $5 million tab for the 2007 remodeling of the Austin Music Hall that more than doubled its square footage and capacity and made it a touring option for bands such as The Pixies, David Banner, The Cure and more.

While the remodeling gave AMH the space and infrastructure it needed to host big-name acts, it was dogged by poor sound quality and bad sightlines. The end result was a large live music space without the intimacy or comfort of a theater or the amenities and good vantage points of an area or civic center setup. In a city known internationally for live music, word spread and its event bookings became sporadic, sitting idle for months at a time between shows.

In 2010, architects Sixth River filed suit against venue owner Direct Events of Austin, claiming it was owed more than $100,000 for work at the Austin Music Hall and The Backyard, a 7,500-capacity outdoor venue the company owns in partnership with hair care mogul John Paul DeJoria of Paul Mitchell fame.

While it will still play host to previously announced concerts by Tenacious D and Amon Tobin, some music leaders feel AMH’s best long-term use will be as a convention and meeting space, even though taking it out of active use as a music venue will leave Austin with no place to host acts too big for the recently opened ACL Live at Moody Theater (cap. 2,700) and too small for the University of Texas Frank Erwin Center arena, which typically holds at least 10,000 for concerts but can hold nearly 17,000.

“I think the bank that took it over needs to consider an alternate use for it because it doesn’t have any kind of a reputation you’d want for a music venue, but it’s got nice architecture and is in a great location to be an event space while we’ve got major hotels about to go up in that area,” said James Moody, owner of the Mohawk music club and Transmission Entertainment promotion company.

Moody said he’s heard of no serious interest in music circles about buying the building, but said the building’s location near new condominium construction and other traffic will make it attractive to someone.

“It’d be a big decision to maybe take it down and start from scratch, but there’s less and less property of that size in downtown Austin, so I’m sure people are already circling the wagons on it.” 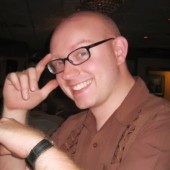