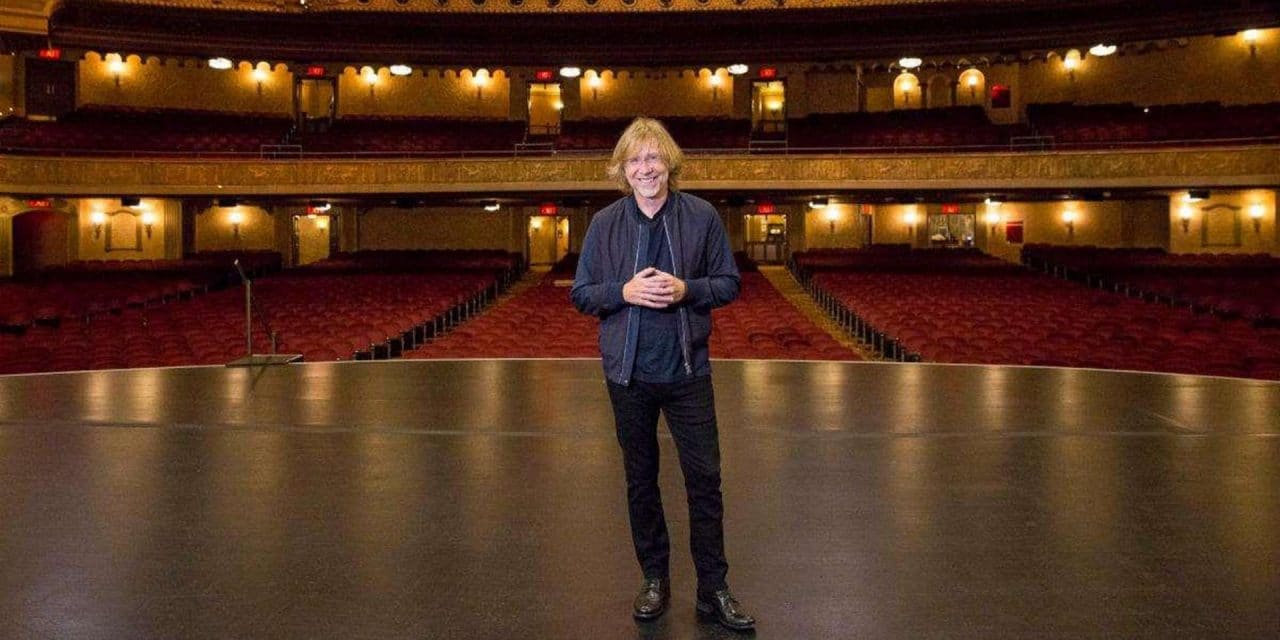 TREY COOL: Fresh off his eight-show virtual residency at New York’s Beacon Theatre, Trey Anastasio has released a mini-documentary chronicling the gigs. (Angela Cranford) Mini-documentary shines a light on eight-week residency Phish’s Trey Anastasio brightened Friday evenings for fans in October and November with “The Beacon Jams,” an eight-week virtual residency livestreamed from Manhattan’s Beacon Theatre. Now, fans can relive the shows — and get a peek behind the curtain — with “What Calls You Home,” a 16-minute mini-documentary released Dec. 10 chronicling the gigs. “‘Beacon,’ if you look it up in the dictionary, is a beam of light that is sent out to a sailor who is lost at sea,” Anastasio says in the clip. “My head blew up when I thought of that. It was like, ‘Oh, my God, that’s exactly what this is, but sonically.’ Everybody’s lost at sea. They’re out in the fog. A beacon is […]
To access this post, you must purchase Subscribe to VenuesNow – 1 Year, Subscribe to VenuesNow – 2 Years or Subscribe to VenuesNow – 3 Years. If you are already a member of VenuesNow, please login here: log in