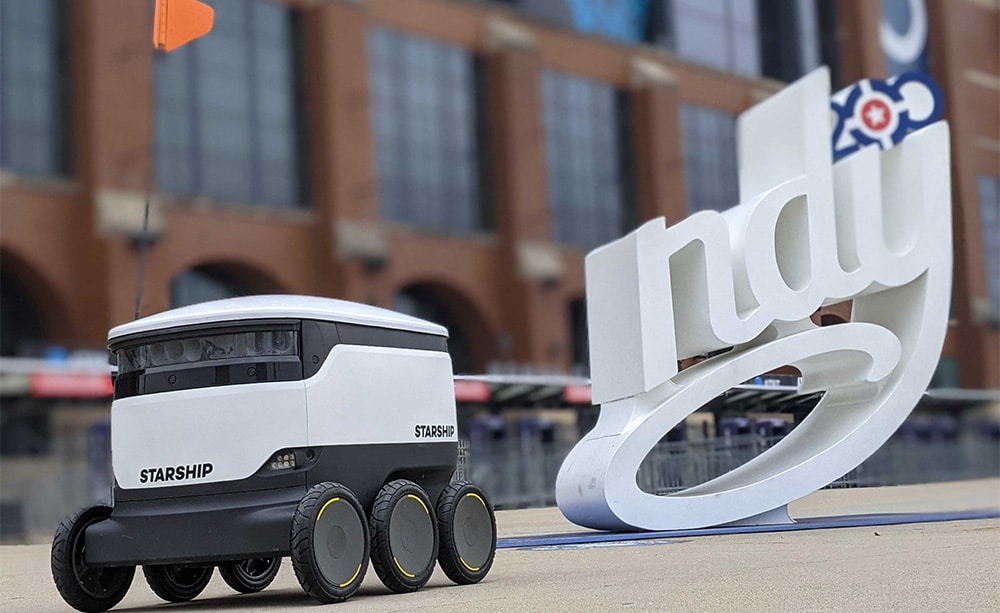 ROBOTICS 101: Sodexo Live, formerly known as Centerplate, tested robot delivery of PPE and bottled water for the Elite Eight at Lucas Oil Stadium in Indianapolis. (Courtesy Sodexo Live)   Robotic Delivery of PPE Supplies at March Madness Lynda Fonderoli, Director of Food and Beverage for Lucas Oil Stadium, Sodexo Live   Robots have begun marching — well, rolling — into the venue world. Their 2020 milestone came in Indianapolis, where Sodexo Live, then operating as Centerplate, used robots from Starship Technologies to deliver personal protective equipment and bottled water to fans during some reduced-capacity games at the first NCAA Men’s Basketball Tournament to be played in the COVID-19-era. The six-wheeled robots, looking something like “Star Wars” Imperial troopers transformed into mechanized mini-coolers, were active in premium areas during the Elite Eight games March 29-30 at Lucas Oil Stadium.  “When we looked at having a Final Four amid a pandemic, […]
To access this post, you must purchase Subscribe to VenuesNow – 1 Year, Subscribe to VenuesNow – 2 Years or Subscribe to VenuesNow – 3 Years. If you are already a member of VenuesNow, please login here: log in