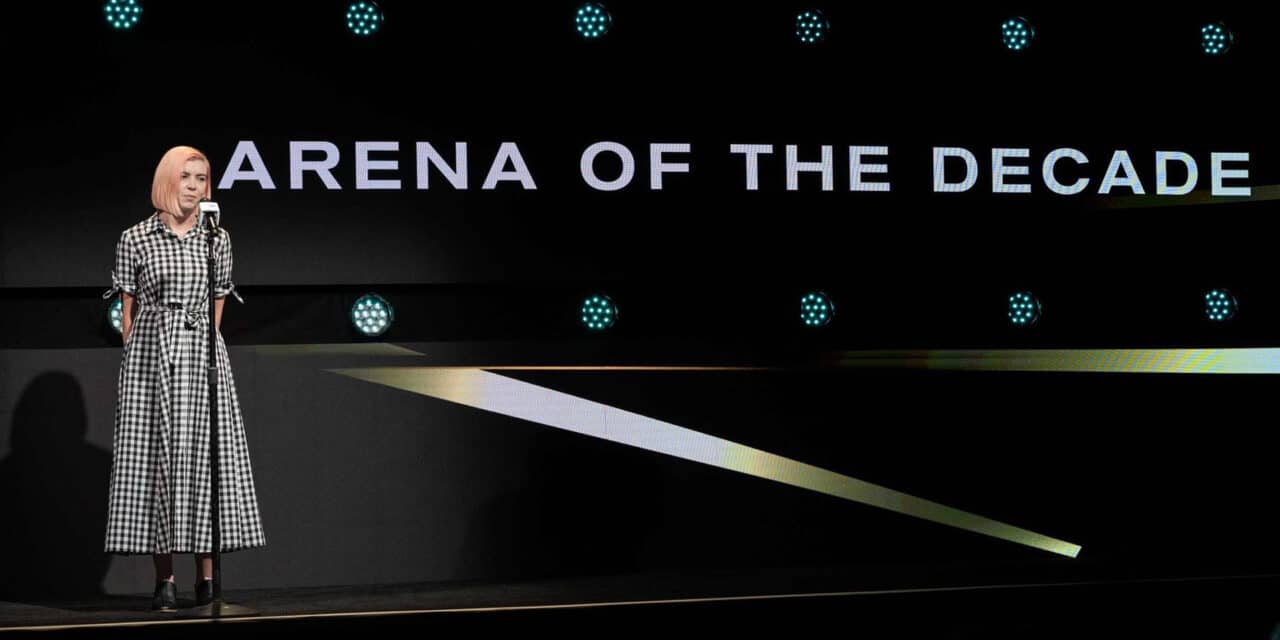 The great Beyoncé, the historic Troubadour, the iconic Forum, the Coachella Valley Music and Arts Festival, lauded upstart Billy Strings and uproarious comedian Bert Kreischer are among the winners of the 2021 Pollstar Awards held Thursday night at the Beverly Hilton in Los Angeles.

Hosted by comedian and podcaster Annie Lederman, notably pronounced “Led-erman,” as she announced on stage, this year’s Pollstar Awards were markedly different from years past with the absence of traditional touring activity and live events. Consequently, Pollstar honored the decade’s most successful artists, venues and events along with new award categories for this unprecedented past year.

This meant Queen Bey, aka Beyoncé, won Touring Artist of the Decade while The Troubadour, the Forum and Coachella won for Nightclub, Arena and Music Festival of the Decade, respectively. For this year’s honors, Billy Strings won Breakthrough Artist of the Pandemic and Bert Kreischer, who was one of the first artists to mount a drive-in tour, won the Damn the Torpedoes: 2020-21 Touring Artist award.

Award winners for this year include Brad Paisley, who was the Virtually Yours: 2020-21 Touring Artist; Trey Anastasio’s Beacon Jams won Best Livestream Event/Virtual Event; The Ryman / Grand Ole Opry won the From Our Stage to Your Screen: Best Livestreaming Venue; Mandolin won the Best Livestreaming Platform; Breakthrough Artist of the Pandemic was Billy Strings; and The Pandemic Innovation Award went to The Flaming Lips for the band’s “The Bubble Concerts.”

This year’s event highlighted  some of the hard work done during the pandemic, with the industry scrambling to figure out how to stream concerts and put on digital events.

“We spent the last year doing things no one wanted to do,” said Mandolin CEO Mary Kay Huse, after adding a genuine “Holy shit, I didn’t think we’d win!”

“Personally speaking as a CEO, I didn’t come from this industry, but the way you guys have partnered and come together and figured out how to make good out of a really bad time was inspiring to us,” she said.

The pandemic rightfully played into most acceptance speeches, with Coachella founder Paul Tollett acknowledging the need to do right by the many staff and crew furloughed, laid off or otherwise out of work during the pandemic.

In addition to decade and honorees for this year’s accomplishments, Pollstar paid tribute to five Heroes of Live, who this year went far above and beyond their traditional “day/night jobs” to help the larger live industry and our communities in crucial ways that include altruism, advocacy, diversity and inclusivity, and more. These honorees were Heather Lowery, president and CEO of Femme It Forward; Maria Brunner, owner of Insight Management and founder of Musically Fed; Michael Rapino, president and CEO of Live Nation Entertainment (for his work with Crew Nation); Michael Strickland, founder of Bandit Lites (for his lobbying and work on behalf of live entertainment industry relief); and Noelle Scaggs, co-lead singer of Fitz and the Tantrums and founder of Diversify the Stage, who gave a heartfelt speech and was introduced by former Digital Underground member Mystic.

Honorees accepting their awards via video included Jon Bon Jovi, who pleaded for the industry at large to get him back out on the road; Garth Brooks, who at length thanked his crew and band for all their hard work over the decade; Kevin Hart, who talked of the “fraternity” of fellow nominated comedians who lift up and support each other; Billy Strings, who thanked manager Bill Orner and Patrick May for helping him play just about everywhere (and safely, too); and Bert Kreischer, on set in Serbia filming his “The Machine” movie and — true to form — shirtless, who thanked agency UTA, his management at Levity Live and drive-in promoters Hotbox and Outback Presents.

Trey Anastasio also gave a thoughtful speech, as his Beacon Jams raised more than $1 million and helped build a treatment facility in Vermont.

Finally, this year’s honorees included three lighthearted awards that included Most Frequently Name-Dropped During Lockdown, won by Live Nation’s Michael Rapino, and The Person To Score a Dinner With Post-COVID (Irving Azoff, chairman and CEO, The Azoff Co.); the Place I Most Look Forward to Hanging Post-COVID honors went to the The Redwood Deck at L.A.’s Greek Theatre, and the Most Visible Person During COVID (or “How Can I Miss You If You Don’t Go Away?”) which went to Dan Steinberg of Emporium Presents and the “Promoter 101″ podcast.

“This year’s Pollstar Awards was conceived to get together and celebrate the beauty and resilience of the live thing, which we have all missed terribly,” said Ray Waddell, president of Media & Conferences for Oak View Group, Pollstar’s parent company. “We salute the winners and nominees of our Decade awards and pandemic-related awards, and especially our Heroes of Live honorees. Now, let’s get back to churning out ticket sales and presenting epic shows as we look forward to a more traditional Pollstar Awards in February of 2022!”

The annual Pollstar Awards happen in conjunction with Production Live and Pollstar Live! the live industry’s largest gathering of live entertainment professionals, which this year runs June 15-17. For more information on this year’s Pollstar Live go to this year’s online conference hub

Place I Most Look Forward to Hanging Post-COVID The Redwood Deck at the Greek Theatre
Most Frequently Name-Dropped During Lockdown Michael Rapino, president and CEO, Live Nation Entertainment
Person to Score a Dinner With Post-COVID Irving Azoff, chairman and CEO, The Azoff Co.
Most Visible Person During COVID (or How Can I Miss You If You Don’t Go Away?) Dan “Steiny” Steinberg, co-founder, Emporium Presents