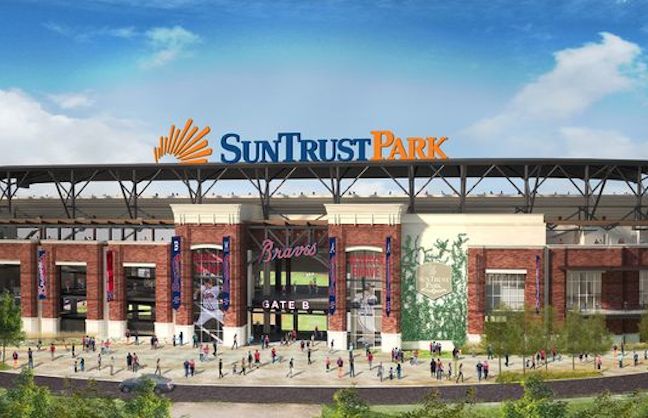 The Populous-designed new SunTrust Park will open in spring 2017.

On the same day the Atlanta Braves broke ground on a $672-million stadium, they also broke some news. The team announced a 25-year agreement with Atlanta-based SunTrust Banks Inc. to name the new facility SunTrust Park.

At the groundbreaking ceremonies, Braves officials said the deal...