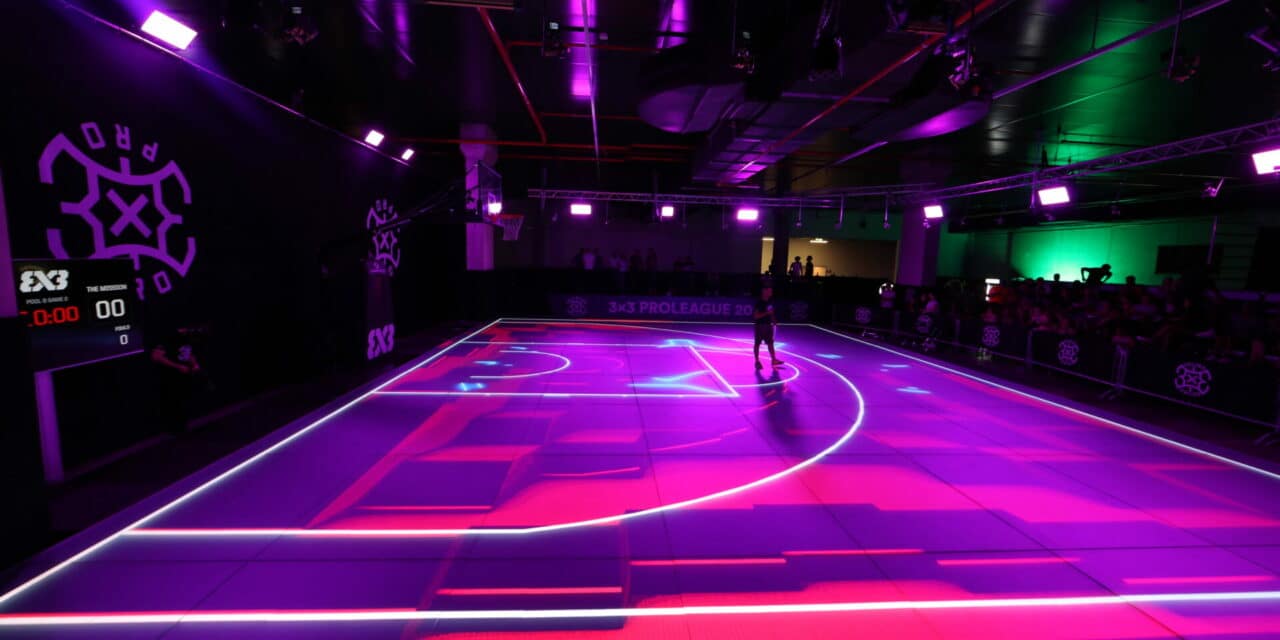 NBA teams are typically quick to pounce on new arena spaces available for sponsorship, including the hardwood court.

Five years from now, the floor itself could potentially be split into additional categories, tied to a glass surface embedded with dynamic LED technology in which digital messages are transmitted from a computer.

ASB GlassFloor, a German manufacturer with roots in construction, is in discussions with a few NBA teams about using the technology for practice courts and fanfests and watch parties adjacent to their facilities.

At this point, talks are preliminary and don’t extend to LED glass floors replacing standard wood floors used for NBA games over the past 75 years, said one team executive speaking on background with VenuesNow for this story. He did not want to be identified because it’s still early in the process and no deal has been signed.

Internationally, though, it’s a different story. In late May, the International Basketball Federation (FIBA), approved the use of the technology at the highest level of competition globally. The rule takes effect in October, according to FIBA news reports.

That’s big news for ASB GlassFloor, whose products are FIBA-approved and currently used at a handful of sports venues, including Ballsport Arena in Dresden, Germany and a pair of indoor tennis centers in Brooklyn and Long Island, New York.

The technology has been around for about 10 years and it’s not cheap. ASB GlassFloor produces two versions. The high-end model with full motion video, branded as LumiFlex, runs $500 per square foot, which amounts to roughly $2 million for the total floor, industry sources said.

That version is already in place in the concert industry. Country superstar Garth Brooks used LumiFlex for his 2016 tour of arenas and stadiums, in part because it’s a slip-free surface, said Marcus Kugler, ASB GlassFloor’s U.S. sales representative.

The glass surface is strong enough to withstand Garth’s jumping around on stage as well as basketball players running up and down the court without damaging the LED system below.

The same goes for fans immersed in the experience. As part of the 2019 Audi Cup soccer tournament, German automaker Audi used LumiFlex to create an interactive racing game for fans using their feet to compete outside Allianz Arena in Munich.

In all those respects, ASB GlassFloor separates itself from other manufacturers of LED glass floors, Kugler said.

The basic model that provides markings for multiple sports and can be switched from tennis to basketball in seconds with a click of the computer runs $80 to $90 per square foot with a total cost of about $350,000. The technology allows coaches to diagram plays that are programmed into the LED floor, which goes one step beyond digital tablets used for those purposes, Kugler said.

For teams, the tradeoff for the most expensive model is adding that digital piece to their sponsorship inventory to generate a return on investment. 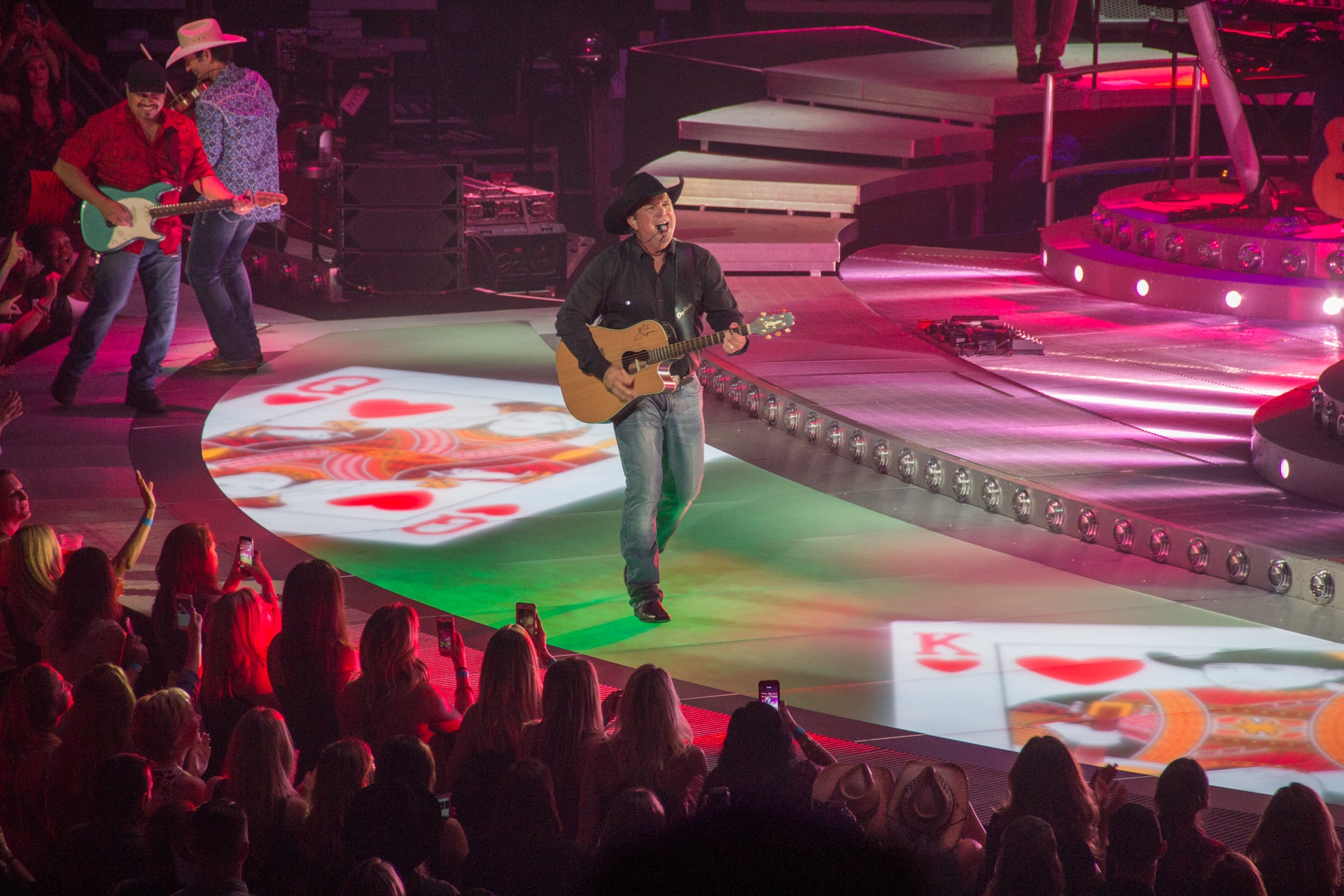 “We’re in an era where teams are trying to get as creative as possible with new inventory and we (as marketers) are being asked to find new revenue streams,” said Rob Yowell, president and founder of Gemini Sports Group, a sports marketing agency. “This is one more opportunity to generate an impression.”

The value of those digital floor sponsors depends on the camera angle and game broadcast and how clear and efficient the message is without being obstructed by players and fans, Yowell said.

“My biggest question on valuing it is understanding position and the clean view of it,” he said. “But it gives teams that flexibility to add a few more partners to their portfolio or expand current sponsors’ asset lists.”

The NBA executive said after speaking with Kugler, he’s confident about the LED technology itself and resolving potential issues with broken floor panels and loss of power. The glass surface itself would be a top concern for teams and the league considering the tens of millions of dollars the best players command in salaries.

“The first time someone rolls their ankle that’s making $20 million to $30 million a year … that’s a whole different ball game,” the NBA executive said. “For the infrastructure, they’ve got everything figured out pretty well with separate power and backup generators and they handle a lot of that stuff. It sounds like it’s ready for prime time.”

Yowell said as technology “answers the call” for new revenue streams, there’s still a balance to maintain for pushing the limits for new signage spaces and protecting the integrity of the game without compromising the playing surface and putting a player’s health at risk.

The team executive said the system is a perfect fit for postseason activations outside the arena. It only takes one NBA team to step up before everyone jumps on board, he said. But it’s still a waiting game to see when LED glass floors start to gain traction at the big league level.

“I’d love to be first, but I’m not going to vouch for something that costs so much money,” he said.