Brew2You Gets Bigger Test at The Q 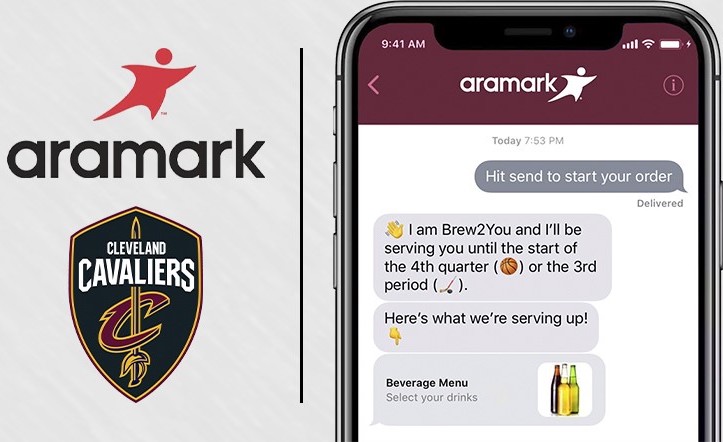 Aramark’s Brew2You in-seat ordering program allows some fans at Quicken Loans Arena to get a beer or water by texting. (Courtesy Aramark) Aramark starts new text-ordering pilot program The arrival of Aramark’s in-seat text message ordering at Cleveland’s Quicken Loans Arena will give the system the opportunity to serve up a cold one to a larger group of fans. The technology, known as Brew2You, began as a pilot program in summer 2018 with Major League Baseball’s Phillies at Citizens Bank Park in Aramark’s hometown of Philadelphia. That effort, which brought the program to 1,728 seats, won Aramark a VenuesNow Excellence in Concessions Award last fall. The new pilot program with the Cleveland Cavaliers, announced Monday, is the first use of Brew2You in an NBA arena and will cover 7,250 seats in the lower bowl of the venue. It will run the remainder of the season. After that, the system may […]
To access this post, you must purchase Subscribe to VenuesNow – 1 Year, Subscribe to VenuesNow – 2 Years or Subscribe to VenuesNow – 3 Years. If you are already a member of VenuesNow, please login here: log in