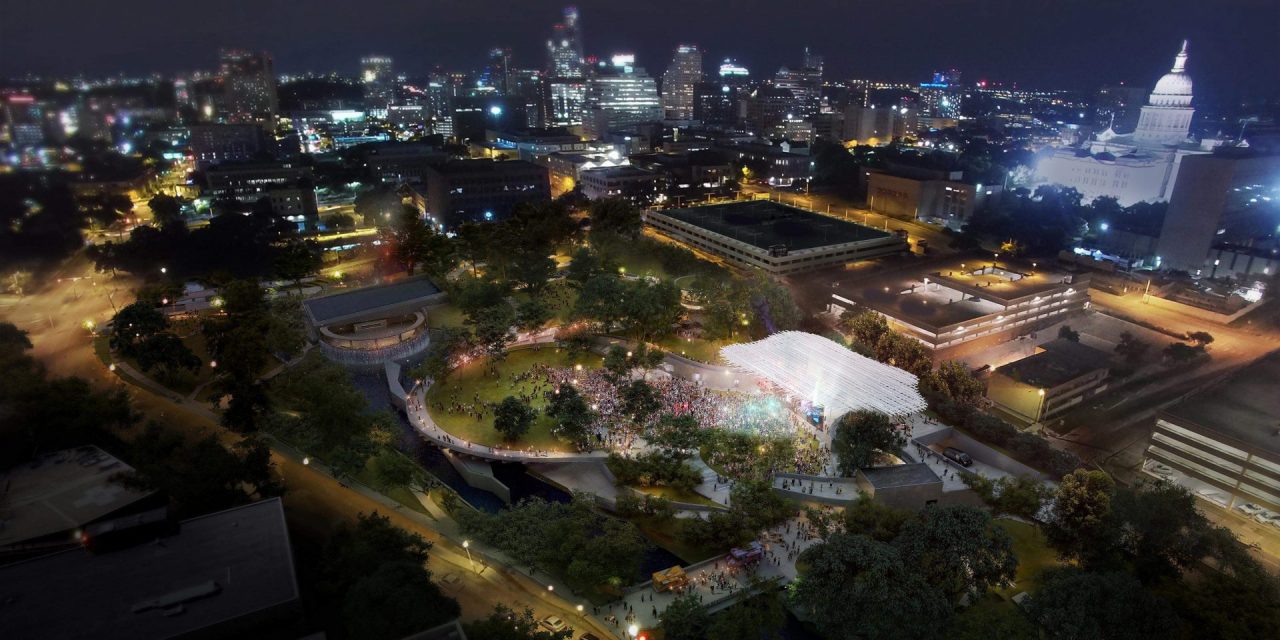 NEW STAR IN TEXAS: The Moody Amphitheater will open in downtown Austin, Texas, in the fall. (Courtesy Thomas Phifer and Partners) Live Nation-owned promoter will bring in acts as part of 15-year deal Live Nation-owned C3 Presents has solidified a 15-year agreement to bring touring acts to the Moody Amphitheater, a 5,000-seat venue in downtown Austin, Texas, that is set to open this fall. The agreement between the Austin-based live music and festival company and the nonprofit Waterloo Greenway organization will allow for 35 dates a year beginning in spring 2021. The partnership was not unexpected since C3 got its start promoting the Austin City Limits Festival in nearby Zilker Park. Since its start in 2002 that festival has expanded to two weekends each October and annually brings in more than $250 million in economic activity to the area. In a prepared statement, company co-founder Charles Attal said the new venue […]
To access this post, you must purchase Subscribe to VenuesNow – 1 Year, Subscribe to VenuesNow – 2 Years or Subscribe to VenuesNow – 3 Years. If you are already a member of VenuesNow, please login here: log in