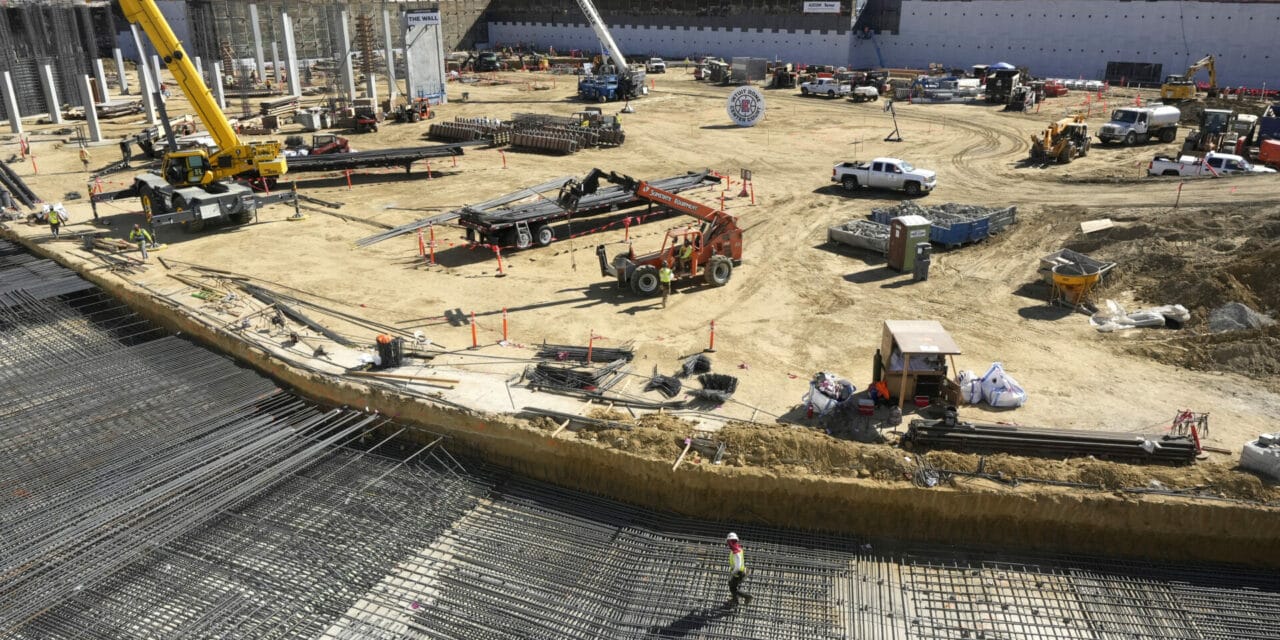 INTUIT-ION: In this February photo, the Intuit Dome’s seating bowl begins to take shape in Inglewood, California. The NBA arena is scheduled to open in 2024. (Getty Images)

Legends out seven months after groundbreaking

The surprise move comes after the Clippers hired CAA Icon a few weeks ago to conduct an audit of the $1.8 billion project, according to industry sources.  On Thursday, Legends Project Development officials were told they would no longer be involved with the Intuit Dome after a meeting between the Clippers and Legends, sources said.

The Clippers confirmed the change but could not comment further, said Chris Wallace, the team’s chief communications officer.

CAA Icon and Legends Project Development would not comment on the situation.

The switch in owner’s reps comes seven months after the project’s official groundbreaking in September for an arena targeted to open in the fall of 2024. The Intuit Dome complex encompasses a new 18,000-seat arena, the Clippers’ practice facility, office space and a sports medicine clinic. AECOM designed the arena. The joint venture of AECOM Hunt/Turner Construction is building it.

Owner’s representatives play a critical role for managing the construction of sports venues. They serve as the liaison between the team owner and the architects, builders, structural engineers and subcontractors involved in the development. The most important aspect of their job is to ensure sports projects are built on time and on budget.

That’s why making a change midstream is highly unusual in sports development and has the industry questioning which factors drove the decision. Clippers owner Steve Ballmer is privately financing the Intuit Dome with developer Wilson Meany, the same firm tied to the Hollywood Park mixed-use development across the street, where SoFi Stadium sits.

Legends and CAA Icon are two of the leaders in the owner’s rep space. On its own, CAA Icon has managed dozens of projects, including most recently, Allegiant Stadium, Q2 Stadium, Moody Center and Geodis Park, Nashville SC’s new $335 million stadium opening Sunday.

In Inglewood, the Intuit Dome stands as the most expensive big league arena project to date, surpassing Chase Center, the Golden State Warriors’ $1.6 billion arena that opened in San Francisco in 2019.

For Legends, there is some good news. The Toronto Blue Jays hired the firm as owner’s rep for an extensive renovation of Rogers Centre, the team’s 33-year-old retractable-roof stadium, said sources familiar with the project.

The estimated cost for those upgrades, which include an overhaul of the lower bowl and concourse improvements, is $200 million (U.S.). The project starts after the 2022 baseball season and targeted for completion in time for the 2024 season. Populous is designing the renovations and PCL Construction is the general contractor.