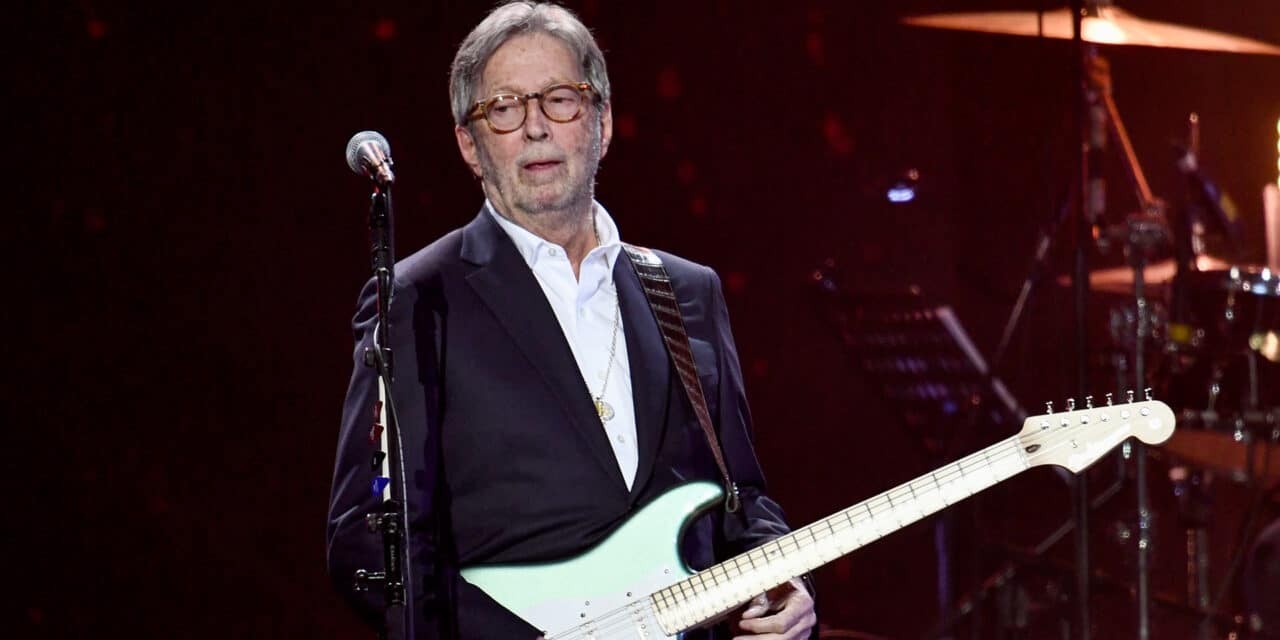 Eric Clapton, performing in 2020, has said he suffered side effects after getting the AstraZeneca COVID-19 vaccine. (Getty Images)

Guitarist says he won’t play venues that exclude the unvaccinated

Eric Clapton said he would not perform at venues “where there is a discriminated audience present,” after U.K. Prime Minister Boris Johnson announced Monday that proof of vaccination would become an entry requirement to nightclubs and venues hosting large crowds.

The quote from the British guitar icon was given exclusively to London based architect, designer, architectural, urban, film and cultural theorist, and commentator Robin Monotti Graziadei, who published it on his Telegram channel. It reads:

“Following the PM’s announcement on Monday the 19th of July 2021 I feel honour bound to make an announcement of my own: I wish to say that I will not perform on any stage where there is a discriminated audience present. Unless there is provision made for all people to attend, I reserve the right to cancel the show.”

Pollstar confirmed the authenticity of the quote. Clapton had previously sent an announcement on his vaccination experience through Monotti’s channel and also gave him the right to the worldwide premiere of his latest song, “Rebels.”