God (and Venue Managers) Save the Queen Tribute 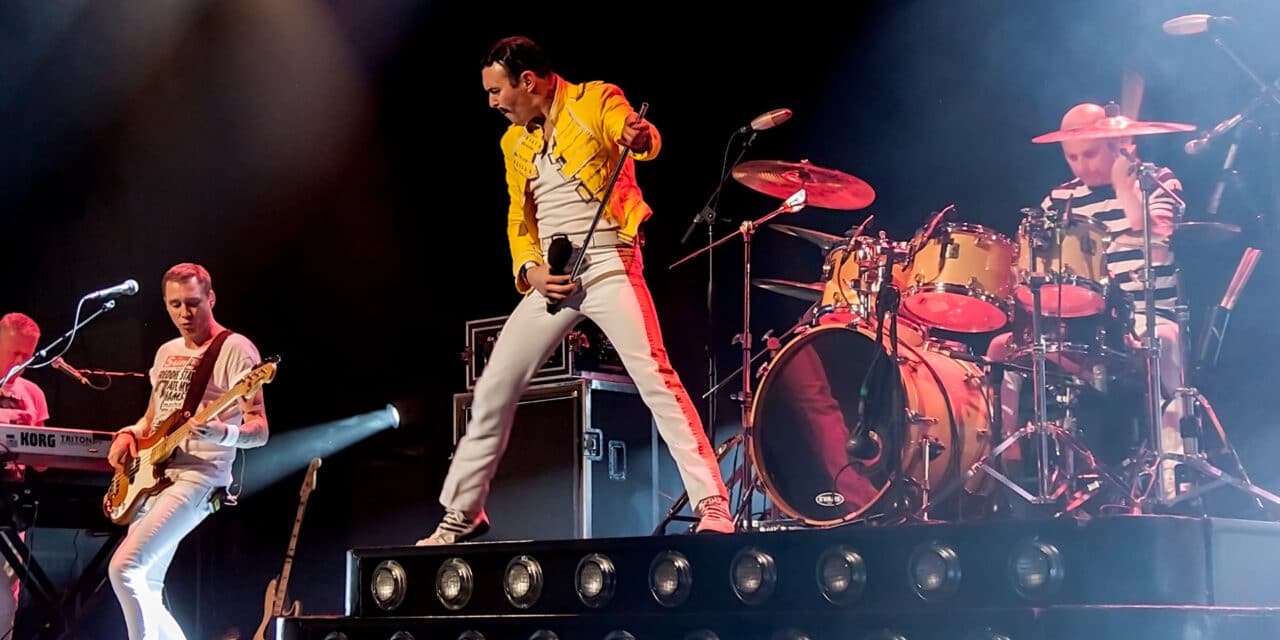 One Night of Queen will play 18 U.S. cities this summer. (Sal Gomez Photography)

What it took to get act into U.S. venues with COVID-19 travel restrictions in place

Getting into the U.S. from abroad continues to be a major headache for overseas touring acts as Christine Barkley of Creative Booking Agency found in helping clear the way for One Night of Queen to get stateside for an 18-city U.S. tour.

The tour opens on July 23 at TaxSlayer Center in Moline, Illinois, and wraps up on August 28 in Miami at the South Miami Dade Cultural Arts Center, but it took some venue manager lobbying to get a National Interest Exemption from the U.S. Department of State that allowed Gary Mullen & The Works, the band that performs the show, and its crew to ultimately cross the pond.

The pandemic shutdown left numerous tours in limbo and One Night of Queen’s run through the U.S. was among them. The show is a tribute to the theatrics and music of Queen, including hits like “Bohemian Rhapsody,” “We Are the Champions,” “Another One Bites the Dust” and “We Will Rock You.”

“They were one of the bands that was caught up in the middle of the shutdown,” Barkley said. “They were (out) with a sold-out tour.”

“We’re kind of living on the edge day by day, seeing whether or not the border was going to open,” Barkley said. “They had already had their visa in place so we were just waiting to see if the borders would open. In the meantime our visa lawyer was pretty fantastic. He filed a National Interest Exception. We had to jump through a bunch of hoops to demonstrate that this band that’s coming in from the U.K. is beneficial to U.S. companies. So, we had a few members of the venues that were on board as well as our agency as a petitioner to show the direct impact to the U.S. economy and the indirect impact.”

Barkley said budgets were presented showing the impact to each venue on the tour as well as the indirect economic effect from transportation to hospitality and other business sectors that derive benefit from live events.

The necessary interviews to secure visas were originally slated to take place in 2022, which would have put the kibosh on any summer 2021 dates and affected next year’s bookings as well, but the agency’s attorney managed to get the date pushed forward, she said.

One of those who petitioned the State Department was TaxSlayer Center Executive Director Scott Mullen.

“He was one of the key people who put together his numbers for us and showed what the direct impact would be to his organization and arena and the indirect impact financially to the city and economy of Moline,” Barkley said.

Mullen, who’s had One Night of Queen at TaxSlayer Center previously, said Barkley called and told him there was a delay in getting the band’s travel approved and what it might take to get a them bumped to the head of the NIE line.

“What we did was reach out to the local convention and visitors bureau because they have an economic calculator,” he said. “They came back with the numbers and I included it in a letter showing the jobs the show would create and the economic impact, direct and indirect, that it would drive. It was all for good.”

It’s a process that will be necessary for other international acts handled by her agency and for One Night of Queen’s planned 15-week spring tour, Barkley said.

As for One Night of Queen, she said it has drawn well through around 2,500 shows at performing arts centers, casinos, fairs and festivals across the U.S. for more than a decade.

“I’ve represented them for over 15 years,” Barkley said. “It’s pretty exciting to get them here and I think they’re one of the first group’s that’s been able to fly in.”

The band and crew, 12-13 people altogether, planned to self-quarantine for a week before hitting the road in mid-July, she said.

Mullen (no relation to Gary Mullen, who fills the Freddie Mercury role, though he does play guitar), said it wasn’t the first time he’s been involved in lobbying for the benefit of TaxSlayer Center and other venues.

“I have spent an enormous amount of time over the past year on lobbying efforts for grant income, state, local and federal funds that are being distributed; working with IAVM’s Industry Affairs Committee and trying to rally other buildings in Illinois to lobby for funding as well and we have stressed over and over again how much economic impact we generate,” he said. “Our buildings are the economic engine that drives the businesses and local bars and restaurants in our area.”

TaxSlayer Center’s economic impact has been estimated at roughly $100 million per year, he said.

“That’s why it was so important to try and get things going again, and this event, you can’t just do one event and bring back your full-time employees off the furlough and have the event just to lay them all off again,” he said. “We wanted to put together a few events this summer to justify getting things going again. The One Night of Queen Show was the anchor we built off of.”

Those other shows include Dokken/Great White/Firehouse/Brandon Gibbs on July 9, the Doobie Brothers on Aug. 28, Michael Buble on Sept. 16, Kane Brown on Sept. 18 and Toby Mac on Oct. 2.

One Night of Queen Summer Tour