Customer Experience Is Everything 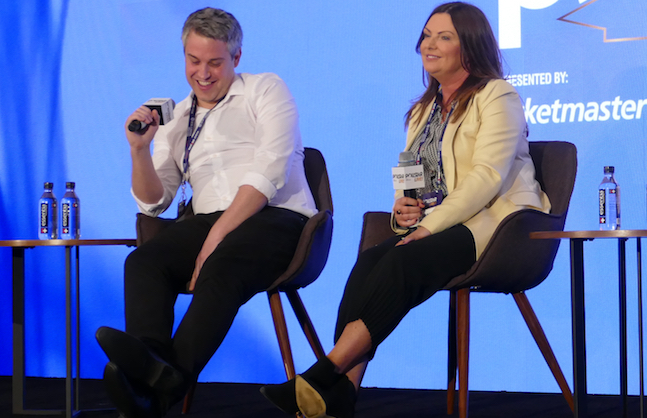 Wembley Stadium’s James Taylor and Debbie McWilliams of the Scottish Event Campus in Glasgow at Pollstar Live! (Gideon Gottfried) James Taylor and Debbie McWilliams talk venues at Pollstar Live! 2019 Venues took center stage at Pollstar Live! 2019, when a panel of international stadium and arena operators addressed the current hot topics of the trade.  Host Paul Korzilius of Bon Jovi Management and a consultant for Oak View Group, parent company of VenuesNow and Pollstar, opened the session by quoting the latest PwC forecast, which estimates the concert industry to be worth $31 billion by 2022. “Music, as it gets bigger and bigger, becomes the primary tenant in a lot of buildings,” Korzilius said, before asking his panelists how they made sure live music would always have a home at their respective venues. “We are quickly finding that stadiums are becoming old quickly,” James Taylor, senior commercial manager for Wembley […]
To access this post, you must purchase Subscribe to VenuesNow – 1 Year, Subscribe to VenuesNow – 2 Years or Subscribe to VenuesNow – 3 Years. If you are already a member of VenuesNow, please login here: log in