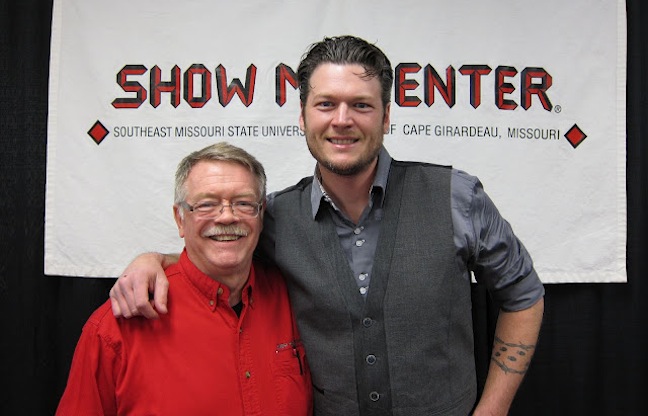 David Ross has stepped down as the first and only executive director for the Show Me Center at Southeast Missouri State University in Cape Girardeau, having announced his retirement effective May 31. Ross said he is no longer working at the arena, using accrued vacation time and paid time off to fill in the gap between now and May 31.

“To correctly do this job, you’ve got to be committed to the long schedule and work weeks that peak out at 85 hours,” said Ross. “When the day comes that you can’t do that anymore, it’s unfair to not hold yourself to that same standard. Better to move on and let someone else take the job.”

Bob Cerchio, assistant director of the Earl and Margie Holland School of Visual and Performing Arts at the River Campus, has been appointed interim director of the facility while a national search is conducted to find a replacement.

“It was a great run we had for 25 years, and having the same management team for so long has allowed us to accomplish some amazing things for a secondary/tertiary market,” Ross said.

Ross was first hired to help open the Show Me Center in 1987, leaving a two-year stint at the University of Tennessee, Chattanooga. Prior to that, he spent seven years working for the North American Soccer League.

Ross is also a former president of the International Association of Venue Managers, serving a one-year term from 2005-2006 where he helped pen the organization’s first contract with the newly created IAVM Europe. He was awarded the prestigious Charles A. McElravy Award in 2010 and earned the industry’s Certified Facilities Executive (CFE) designation in 1993.

Ross said he still plans to attend IAVM’s annual conference in 2012 in Fort Lauderdale, Fla., as well as the 2013 confab in nearby New Orleans. He plans to stay in Cape Girardeau with his wife, and two adult children who don’t live far away.

“If there’s a short-term opportunity available, I’ll take it. Everyone says they want to consult when they retire; we’ll see what’s out there for me,” Ross said, as he headed to the golf course, his third time on the green in the last week. “Right now the only deadline I’m worried about making is my next tee time.”