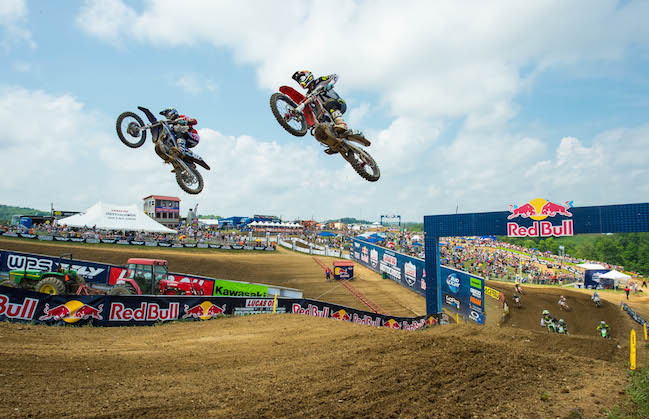 This past year, dirt shows and rodeos experienced growth with new acquisitions and contract extensions, market expansions, more overseas tours and unique events.
Notably, increased visibility over television airwaves and online has helped expand audience exposure and broaden these events’ demographics. This has led to sell-out shows and increased profit potential, proof of a burgeoning segment.
In 2015, Feld Entertainment implemented two strategic initiatives, which included the addition of dirt and maintaining the consistency of racetracks for arena Monster Jam events along with transitioning to a touring model by keeping trucks and those who produce its events together throughout entire tours.
“This is a departure for us, but has been very successful,” said Ken Hudgens, Feld’s COO. “Also, our plan to only hold dirt events will be completed in 2016.”
In the past, Feld has held as many as 30 Monster Jam events in arenas across the country, but cut that number by a third in 2015.
“It’s our feeling from fan feedback that the experience of the show with dirt is better,” said Hudgens. “A more consistent stage and racetrack for Monster Trucks will translate into a better experience overall.”
New venues in 2015 included PPL Center in Allentown, Pa. and Santa Clara, Calif.’s Levi Stadium.
Feld also has had its most extensive Supercross and Arenacross schedule thus far, with 14 events over the last year. This included its debut at Las Vegas’ Orleans Arena.
“A significant addition to the 2016 Monster Jam and Supercross schedule is the University of Phoenix Stadium in Glendale, Ariz., which will be our first year there,” said Hudgens.
Instead of re-inventing the wheel, Worldwide Checkered Flag Productions decided to do a tune-up on its 4×4 Mud Bog Races in 2015 that not only would be marketable, but also add excitement to the sport.
This consisted of adding a 16-foot pile of dirt to the track ahead of a 4-foot deep mud pit.
“The Mud Bog show is way better with the hill climb, and the extra cost of the 200 yards of dirt is very minimal,” said Ed Beckley, Worldwide Checkered Flag’s president and CEO.

Acquisitions & Contract Renewals
There have been a number of new contract developments over the past year.
It was announced this past October that Las Vegas has extended its agreement with the Professional Bull Riders through 2018. It will continue as a partner of the Built Ford Tough Series and the host of two events each year, including the $2.3-million PBR Built Ford Tough World Finals. Las Vegas has been the home of the PBR’s season finale event since the sport’s first season in 1993-94.
Also, in April, PBR was acquired by WME|IMG. Terms of the transaction were not disclosed.
“We’re now part of a larger organization and excited about the opportunities WMA will afford us,” said David Cordovano, PBR’s chief global events officer. “We’re still working closely with AEG venues, and have a great relationship with the company worldwide.”
In 2016, PBR’s secondary tour, BlueDEF, will be one of its focuses.
“This is one of the better pro shows for us domestically,” said Cordovano. “We are reinvesting in production equipment as well as staff that will build it out.”
PBR’s international expansion, including the China market, will continue in the upcoming year.
The big news this past year at the Professional Rodeo Cowboys Association was its negotiation of a new contract with Las Vegas Events. This ensures that the Wrangler National Finals Rodeo will remain in the city for the next decade.
The event’s prize money also significantly increased from $6.375 million to $10 million.
“The 10-year contract also led to more money being dispersed for the National Final Steer Roping, which doubled to $427,000,” said Jim Bainbridge, PRCA’s senior PR coordinator.
One of the biggest changes was the Ram National Circuit Finals Rodeo’s move from Guthrie, Okla., to Silver Spurs Arena in Kissimmee, Fla. This was the first time the PRCA conducted this type of championship rodeo east of the Mississippi.
“Our rodeo count went up from 607,000 to 644, 000,” said Bainbridge.
New markets in 2015 included Pueblo, Colo., Cody, Wyo. and Logandale, Nev. In 2016, PRCA plans to sign a co-sanctioning agreement with the Mexico Rodeo Association, similar to its arrangement with the Canada Rodeo Association, which may add more than a dozen events to the calendar.
In 2016, MX Sports’ Lucas Oil Pro Motocross Championship will be leaving Utah and Miller Motor Sports, going back to Southwick (Mass.) National racecourse.
“New England always supported our event, but we chose to pull out three years ago and now are going back,” said Tim Cotter, MX Sports’ director of events.
In addition to Lucas Oil Pro Motocross, MX Sports operates the Loretta Lynn Amateur Championships and Grand National Cross Country Series. All events experienced participant growth in 2015.
In 2015, the X Games flagship events took place in Aspen, Colo., for the 13th consecutive year, drawing the highest attendance ever, and Austin, Texas, for the second year at Circuit of The Americas. The World of X Games property entered a new market through a partnership with Mastercraft to produce the first-ever Mastercraft Throwdown in Grand Rapids, Mich.
X Games Aspen 2015, included a Special Olympics Unified Snowboarding event for the first time. In Austin, the games debuted a larger music stage to house performances from Nicki Minaj and Metallica.
In 2016, X Games will return to Aspen for the 20th year of the winter version of the event, featuring four days of musical performances by Nas, deadmau5, Run the Jewels, KYGO, DJ SNAKE and Twenty One Pilots. The summer event will take place in Austin for the third consecutive year.
X Games, TV2 and SAHR Concepts will also partner to stage the first-ever X Games Oslo event in February 2016. The event will be the first X Games to include both summer and winter disciplines at the same event — snowboard, ski and skateboard.
To commemorate its 10th anniversary, the American Racing Mower Association sought to be more selective in its event markets to gain a higher profile.
The association also brought a new sponsor on board, Lil’ Red Barn, a lawn and garden dealer located in Harrisonburg, Va. The company has been sponsoring individual fair races for the past seven years, but came on as a national sponsor in 2015.
“This is something new for us,” said Aaron Crowl, the association’s national president.
Due to increased demand, this past year, MTX Event Productions extended its PBR BlueDEF Velocity Tour.
“Our PBR event lineup has expanded from 12 shows two years ago to 25 this year, and we plan to continue this growth.” said Brian Manson, MTX’s president.
Nitro Circus Live’s first Japan tour exceeded all expectations, with a total of 60,000 tickets sold in Tokyo and Osaka.
“The Fuji television network marketed it hard, and we had a phenomenal response,” said Michael Porra, Nitro Circus’ CEO and managing director.
As a result, Nitro Circus Live will return to Japan in 2016 with a seven-city tour and add two to three South Korean cities, as well.
Its first extensive Canadian tour, which included six markets, also was successful this past year. In addition to Vancouver, which sold out 16,000 seats, the events were 95 percent sold out.
A big western European tour is planned for next year.
Targeting smaller fairs, Flying U Rodeo Co. had one of its best and busiest years in 2015.
“We had to turn people away at California’s Monterey County Fair,” said Reno Rosser, president of Rosser Rodeo.
The rodeo continues to add more shows to its existing markets and procure new fairs, including California’s Stanislaw and Alameda County Fairs.
To help further expand its reach, Flying U Rodeo recently launched Showdeo, an alternative event for fairs that are unable to accommodate a traditional rodeo’s time and parking commitments.
“This is where we take certain rodeo events and showcase them in a one-hour presentation,” said Rosser.
Next year, Flying U has plans to bring in Manu Lataste, a professional French bull jumper, as part of its rodeo event.
“Manu was brought in for one night at the Reno Rodeo in Nevada last year and the show went viral on the Wrangler network,” said Rosser.