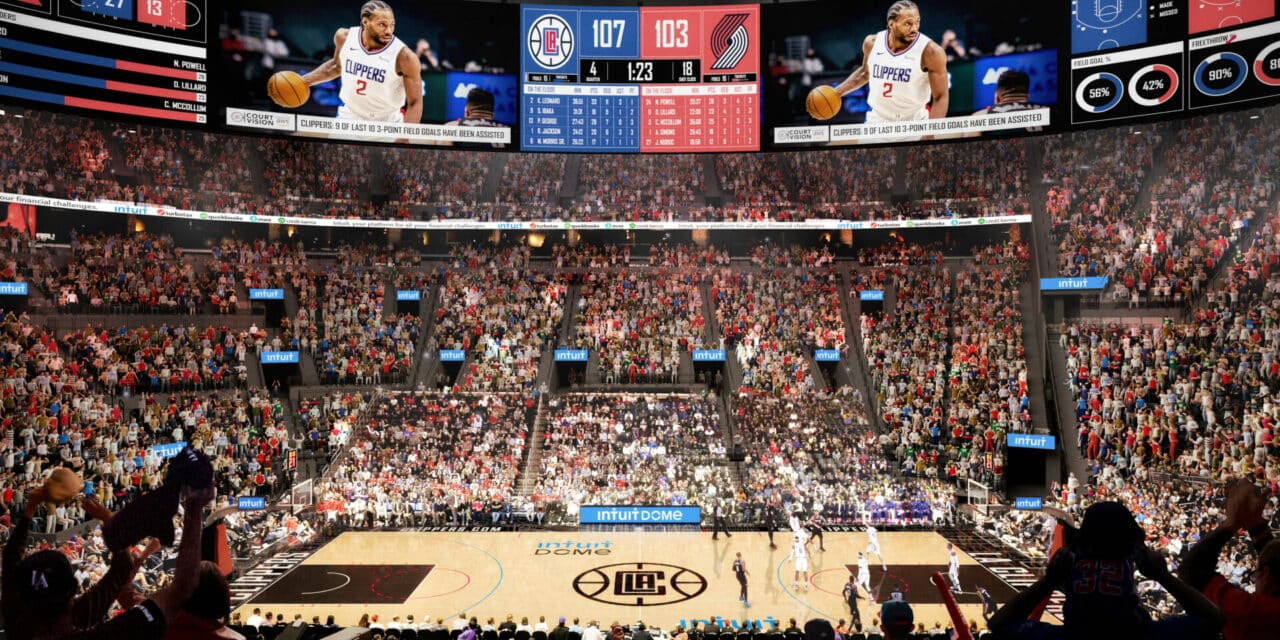 Seating supplier DreamSeat has scored its first venue-wide deal for a new facility and it’s a whopper — the Intuit Dome, the Los Angeles Clippers $2 billion arena opening in 2024.

The company, formed in 2006 and whose headquarters are in Hauppauge, New York, has produced premium seat products for multiple big league teams and universities over the past 16 years, but has never supplied all seating types for a single venue from the ground up.

That’s all changed now after DreamSeat signed a landmark deal with the Clippers at the Inglewood, California arena, privately financed by Steve Ballmer, the team’s owner and co-founder of Microsoft.

“It’s going to change the whole game for us,” Suprina said. “We used to be a niche company that did club seats and suite seats. We re-did all the suites at Barclays Center. Now, we’re a major player in this space. We have other irons in the fire now; people are reaching out to us after they heard about the Clippers.”

The seating space, like most equipment suppliers for arenas and stadiums, is a fiercely competitive market, dominated by legacy firms Irwin and Hussey, both of which have been business for more than 100 years. There’s also Camatic, a 58-year-old Australian company. For portable seating, Spec Seats, a 30-year-old brand, is a competitor, which expanded its footprint after acquiring Clarin from Hussey in February.

DreamSeat spun off of Seating Solutions, whose founder Scott Suprina, Chandler’s father, specialized in producing temporary seating structures for the Super Bowl and Final Four, plus other special events such as the Miami Open tennis tournament at Hard Rock Stadium and the I Heart Music Festival in Las Vegas.

In 2019, the Suprina family sold Seating Solutions to InProduction and kept DreamSeat as a line of business.

The firm has 43 full-time employees and a distribution center in Landrum, South Carolina. Chandler Suprina would not disclose annual revenue, but said the company has more than doubled its business over the past three years.

At the Intuit Dome, all seats in the arena will feature USB plug-ins situated on a rail underneath the seats for fans to charge their mobile devices, Suprina said.

“One of the biggest things for them was to bring power to every seat, plus, they’re looking at other types of technology” for the seating bowl, he said.

In addition, DreamSeat is producing a custom seat for The Wall, a section encompassing 51 rows behind one basket designed as a safe-standing area for the Clippers’ most rabid fans. It’s a folding seat supported by a safety rail. On its own, The Wall and its steep rake are modeled after the supporter zones at Major League Soccer stadiums, where fans stand, cheer and wave banners for the entire match.

At the Intuit Dome, The Wall expands on a similar concept at UBS Arena, where Section 329 in the upper deck contains a few rows of safe-standing seats.

“The Clippers are doing things that other (teams) don’t even think about,” Suprina said. “It’s going to equate to the best arena out there.”

George Hanna, the Clippers’ chief technology and digital officer, hammered that point home about the team’s obsession with the fan experience during a panel session last week at the VenuesNow Conference.

“When it comes to evaluating partners, we want people that understand our vision, share it and can repeat it without us telling them,” Hanna said. “If you’re going to open up a catalog and show us something that we want, we don’t want it. What we’re trying to do is push the envelope … and change the fan experience for everybody. We may be the first ones (to use a product) but we want this to apply across all venues.”

Editor’s Note: This story has been revised.