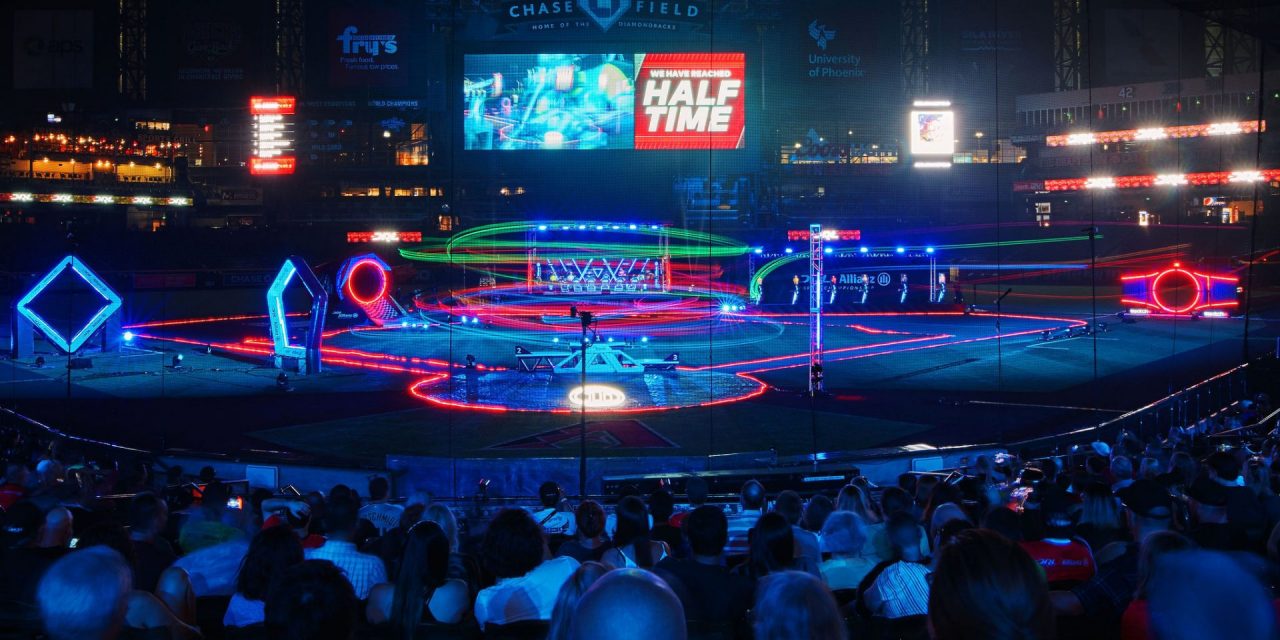 The Drone Racing League visited its first ballpark for an event Sept. 8 at Chase Field. (Courtesy DRL X2) Chase Field takes a night off from baseball to host aerial battle The Drone Racing League’s first live drone race in the U.S., on its first visit to an MLB stadium, required a major league amount of equipment and preparation, but the result was a home run for the league and Chase Field in Phoenix. Ashley Ellefson, Drone Racing League’s chief operating officer, said the setup for the Sept. 8 event took about two days, with the staff running in 24-hour shifts. Equipment rolled up in four tractor-trailers, with 10 other trucks filled with locally rented equipment. At its peak, the crew numbered 150.  “We did everything from install safety netting, build stages and install camera equipment and lighting,” Ellefson said. “We had soundchecks and run-through with talent to get ready […]
To access this post, you must purchase Subscribe to VenuesNow – 1 Year, Subscribe to VenuesNow – 2 Years or Subscribe to VenuesNow – 3 Years. If you are already a member of VenuesNow, please login here: log in