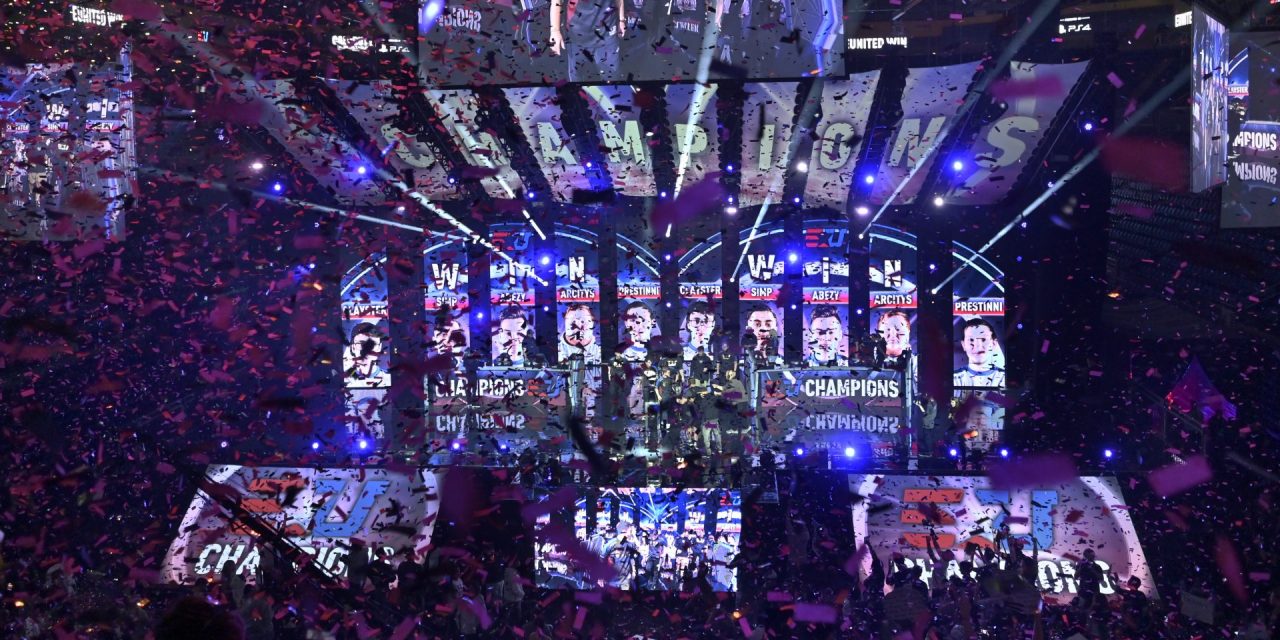 Confetti rains down on the winners of the Call of Duty World League Championship at LA’s Pauley Pavilion in August. (Getty Images) The competitive video game industry is here to stay Nicolaj Jensen, a 23-year-old from Denmark, sits onstage. He is fixated on his monitor and the voices in his headset as he and his four Team Liquid teammates all deftly maneuver their mice and keyboards, eyes transfixed on their monitors. They sit in front of a massive LED screen before a boisterous crowd at the 4,353-capacity Verti Music Hall in Berlin, while opposing team members sit at their own rigs in front of another LED screen. Commentators’ voices are piped into the venue’s sound system alongside the game’s audio effects, but Jensen can’t pay attention to any of that. He has to remain laser-focused. In a flash his opponent — Song “Rookie” Eui-jin, a 22-year-old from South Korea playing […]
To access this post, you must purchase Subscribe to VenuesNow – 1 Year, Subscribe to VenuesNow – 2 Years or Subscribe to VenuesNow – 3 Years. If you are already a member of VenuesNow, please login here: log in