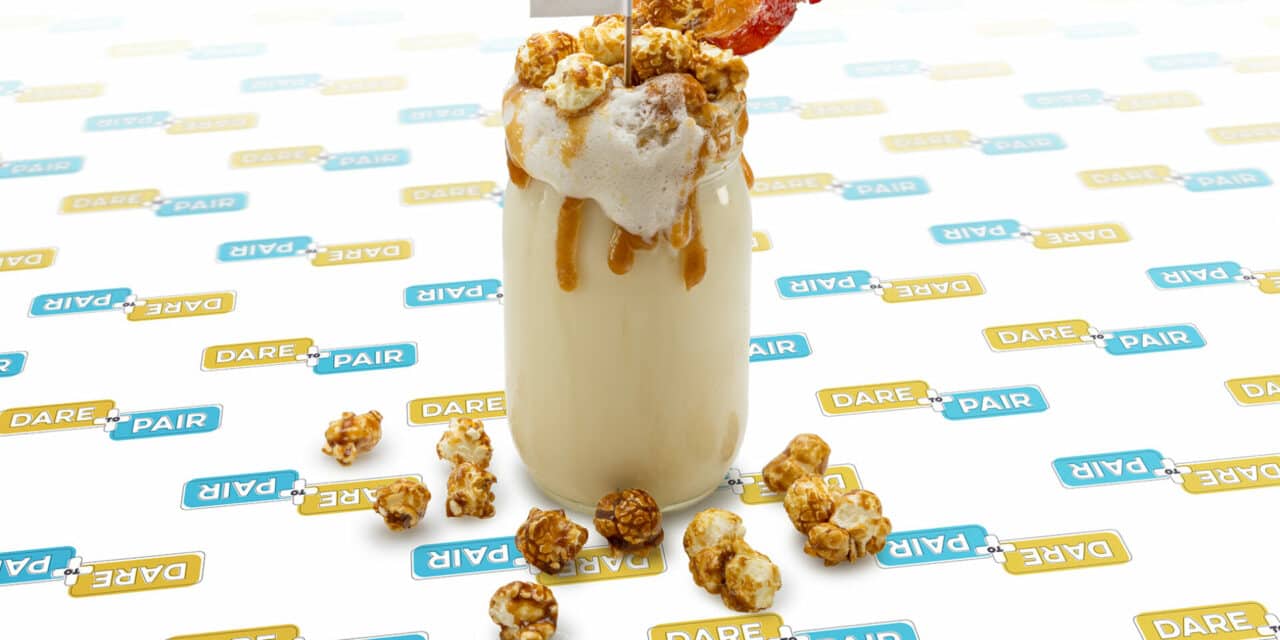 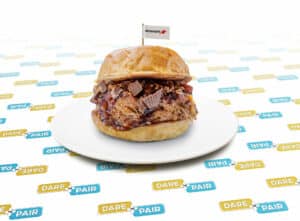 The wacky concessions trend has regained momentum coming out of the pandemic. Aramark leads the pack with its “Dare to Pair” platform across the vendor’s nine Major League Baseball accounts.

Just when you thought it was safe to go back to the ballpark and enjoy a kosher hot dog slathered with mustard, Aramark relaunches an assault on the senses, tied to an “opposites attract” theme.

For Aramark, another winning quirky combo turned out to be the Kansas City “Reese’s BBQ Pork Sandwich” served at Kauffman Stadium, home of the Royals. The $11 sandwich, made with pulled pork, Sweet Baby Ray’s barbecue sauce, chopped Reese’s Peanut Butter Cups, and of course, bacon, created the greatest social media buzz of any Dare to Pair item across the cutting board.

In August, Twitter sent the sandwich viral. At one point, there were 60,000 media impressions tied to one post according to Aramark officials. Multiple news outlets ran features on the item.

“It’s the best performing, limited time offer that we’ve done in my (7.5 years) at Aramark, based on unit sales per game,” said Alicia Woznicki, the company’s vice president of design and development. “Fans gravitate to it. There’s always been a strong food presence on Instagram, but the explosion of TikTok, the pandemic and people experimenting at home, it’s got them interested in exploring new things.”

It’s that sense of adventure that was important to Aramark, according to Woznicki. So much of the narrative surrounding COVID-19 was about streamlining parts of everyday life and getting back to basics in general, she said. Fans were just happy to be back at the ballpark, but Aramark still wanted to bring a fresh take to their menus.

“The important thing for us is we want to make these things over the top but also make sure they’re delicious,” she said.

The crazy food craze is nothing new. Every big league concessionaire has delved into the promotion to gain publicity and generate revenue. The advent of TikTok, the short-form video sharing mobile application, along with Instagram, Twitter and Facebook, fans have taken the promo to a higher level of exposure.

“What’s fun is to watch social interaction around it, where half the people are like, ‘Oh no, I would never try that,’ and others are like, ‘I have to give this a whirl,’” Woznicki said. “It might be a bit polarizing, but it has that intrigue of ‘I’ve never had it before and want to try it and can only get it at the ballpark.’”

Next up is football season at NFL stadiums, where Aramark holds 11 accounts. As of late August, no details had been made public, but the “Dare to Pair” theme will revolve around recreating traditional snack items in unconventional fashion, Woznicki said.

“We’re trying to capitalize on the success but continue to make it fresh and different,” she said.