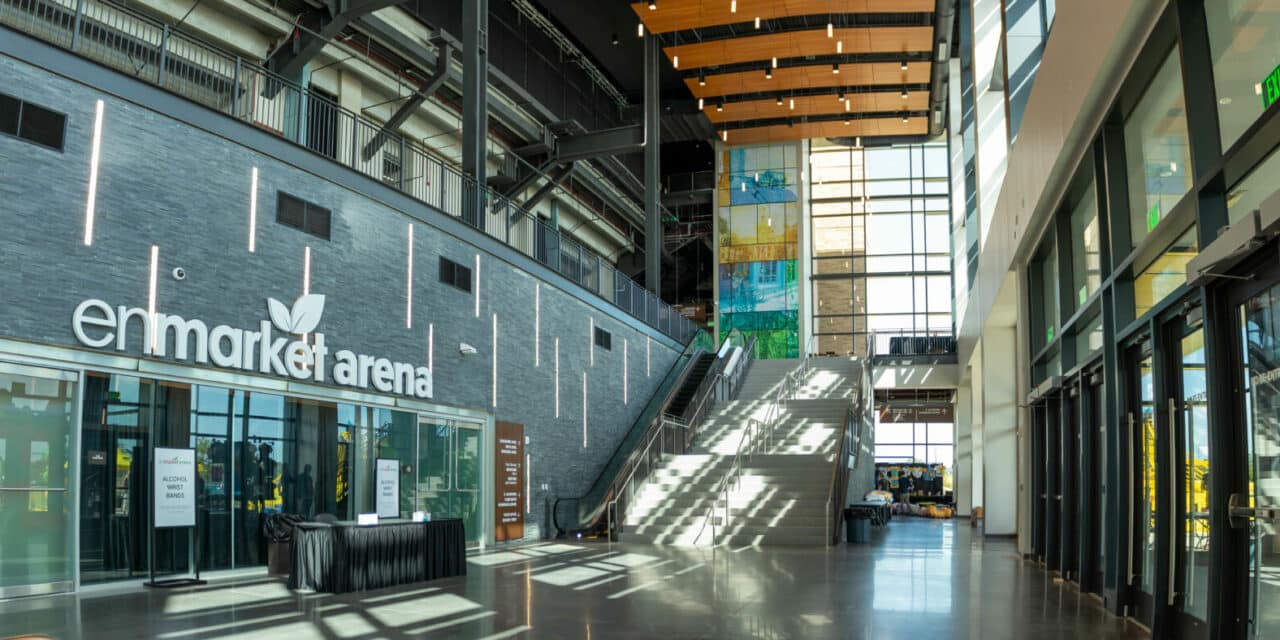 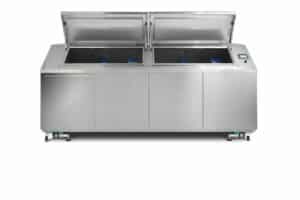 Enmarket Arena in Savannah, Georgia, has two car-sized, food waste eating machines called ORCAs in the bowels of its concourse, beneath the six-month-old venue’s 9,500 seats, but these aren’t beached sea mammals.

The two 1,500-pound ORCAs come from a Toronto-based company of the same name, which stands for Organic Refuse Conversion Alternative. The machines work by mimicking biological digestive processes, using air, water and microbes to turn unused/unsold food stuffs into a safe liquid that can be sent down the drain. Grease traps capture anything that’s unsuitable to be put into wastewater, explained Nathan Chambers, OVG Hospitality’s general manager at Enmarket Arena.

The idea of bringing ORCAs to the arena was initiated by concessionaire Delaware North, which had the contract at Enmarket prior to it being shifted to OVG Hospitality following Oak View Group’s merger with Spectra.

“After a show, a lot of unused food ends up in a garbage bag, and then it gets hauled into a dumpster and taken away by a big truck,” Chambers said. Some gets diverted to homeless shelters, but what’s unsuitable for donations ends up in the ORCA.

“It’s a great way to help save a lot of that process,” he said.

Executive Chef David Sampson and Chambers monitor what goes in — “We call it feeding the ORCA,” he said — and “it helps us for the next show.”

“When we have meetings I’lI say, ‘Chef, how much kimchi or quinoa did we put in there last time?’” Chambers said. “Let’s make a little bit less this time.”

ORCAs have found use at SoFi Stadium, hotels and the CN Tower.

There are some things that can’t go into an ORCA, like heavy bones and some meats that won’t break down. The machines, which can process 438 tons of food waste per year, also produce a smell, but after months of using the machines Chambers and company have learned to mitigate that issue.

Chambers said the machines in use at Enmarket Arena, which sit on casters and can be moved, are about the size of a Toyota Camry and cost about as much. There are smaller versions available as well that could easily fit into a corner.

“There is some maintenance required,” he said. “In the beginning it was rough, but now we understand it better.”

It might not be the least expensive way of operating, but it’s the right way, Jones said, comparing it to when someone goes on a diet; they typically eat less, but spend more on the food they do consume.

“It comes down to being good stewards,” he said.